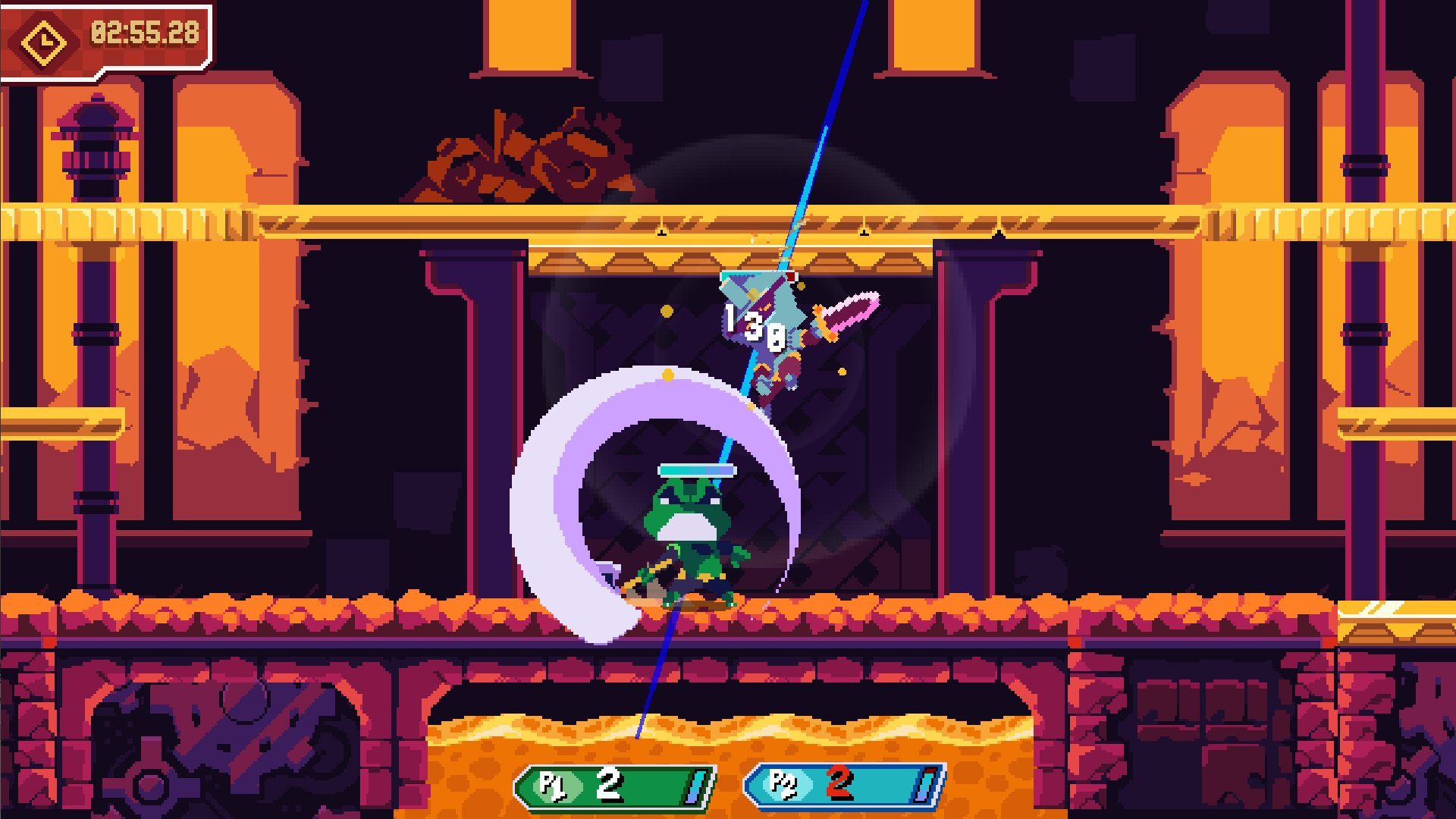 In today’s contest you can win a Steam copy of Knight Club +!

Let’s hop straight into this one: Knight Club + hit Steam a few weeks ago, improving upon the original game with new mechanics, levels, characters, and balance changes. With great power comes great giveaways! Grab your Members Only jacket and join the competitive multiplayer title Knight Club!

KNIGHT CLUB + Is a casual 2-4 player action platform-fighting game that brings traditional fighting game elements into an unlocked, free form movement playstyle. Equip your favorite armaments and do battle against your friends locally or online!

If I had a dollar for every exclamation point used in this post, I’d be a rich man!

To enter to win, use the widget below to leave your name and email address. You can enter daily. Click around for bonus entries, and be sure to hit up PC Invasion to double your odds.

We have 15 Steam copies to give away; winners will be drawn Friday, November 20.