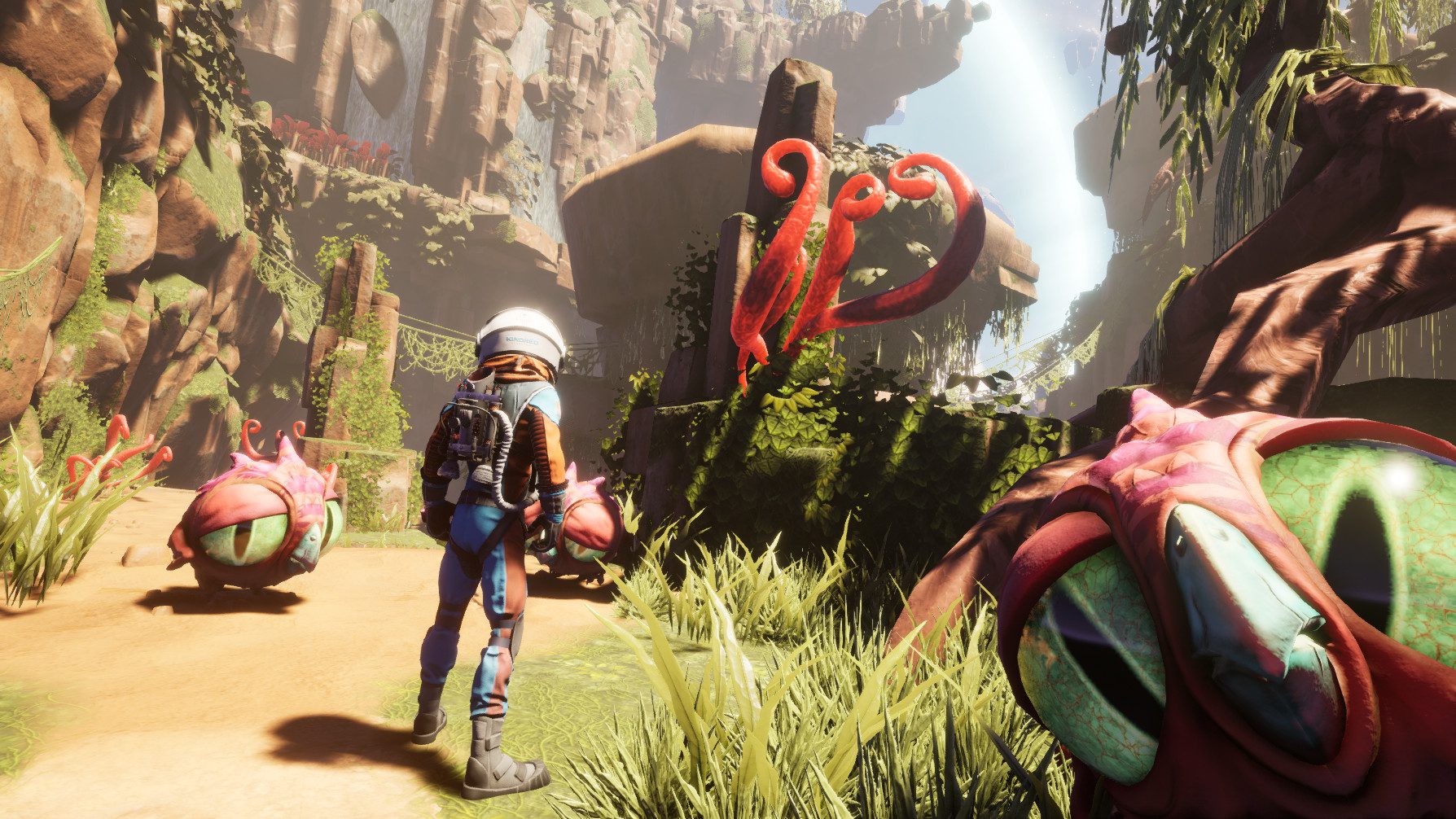 And trust me, it’s pretty savage

In today’s contest you can win Journey to the Savage Planet on Steam!

Hey hey, I actually played this one! It’s a neat little exploration game where you have to determine if planet ARY-26 is fit for human life! Well, not to spoil things, but I wouldn’t want to live there. You play as a poor space cadet haphazardly dropped onto the planet’s surface, with nothing more than a space suit, laser, and 3D printer to survive. The more you explore, the more resources you get for upgrades such as booster packs, probes, and electric tethers to explore deeper into the unknown depths.

Also, it’s genuinely funny and fun! I would know, because I’ve finally played something I’m giving away!

To enter to win your copy, use the widget below to leave your name and email address. You can enter daily. Do the bonus entries, yadda yadda yadda, and also comment below telling me what you had for lunch. My wife made biscuits and gravy because we’re adults and we live by own our rules, and let me tell you it was DELISH.

We have ten Steam copies to give away; our winners will be drawn next Friday. Be sure to enter over at PC Invasion to double your odds.

Journey to the Savage Planet is available now on Steam.

Dtoid Contest: Win Journey to the Savage Planet on Steam