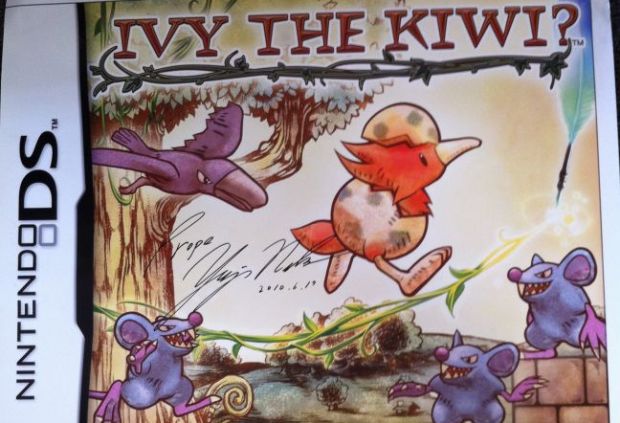 [Update: Contest closed! First place winner is Mrandydixon for this and second place goes to Klempky for this.]

We’ve teamed up with XSEED Games once again to give away perhaps one of the most adorable games of the year! Ivy the Kiwi? was released for the Wii and DS and we’re offering a copy of the game for each platform. We’re also giving away an exclusive piece of art signed by the designer of the game, Yuji Naka.

You have until September 13 at 11:59PM CDT to enter. One entry per person and contest is open to US Residents only. Good luck!