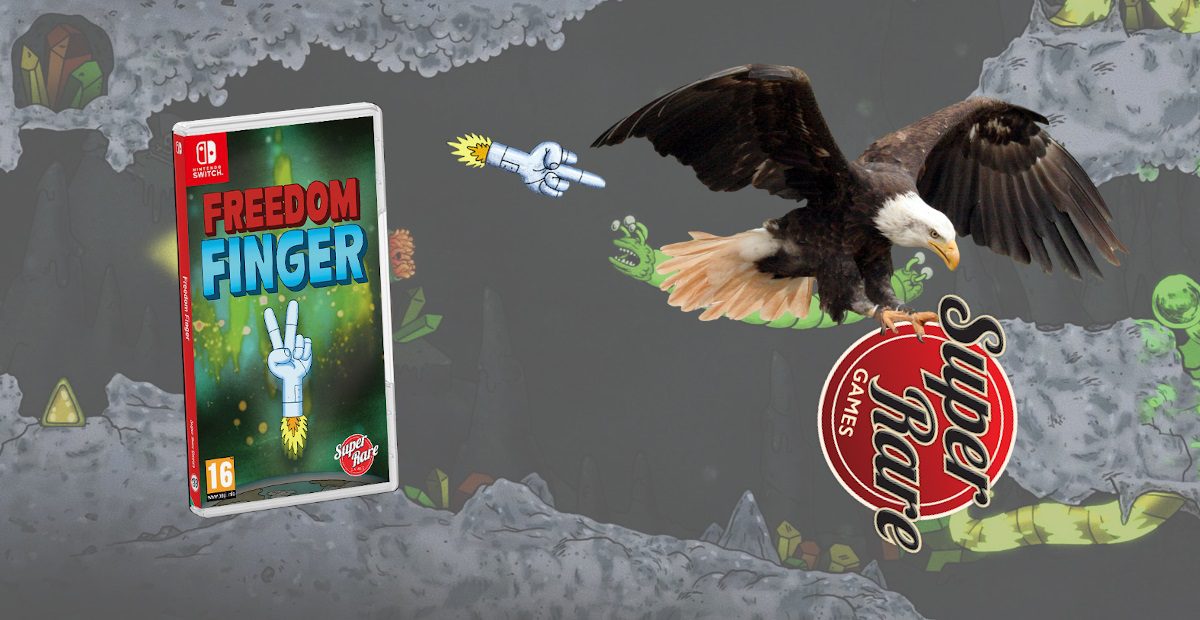 In today’s contest you can win a Switch copy of Freedom Finger from Super Rare Games!

I fingered this game long ago in my now-dormant (but possibly ready to blow) weird games showcase, Getting Weird with Wes. And guess what, snitches?! It’s back!

Super Rare Games did what no other company had the balls fingers to do and put Freedom Finger on a physical Switch cartridge. So we’re giving it away, because no one fingers like Destructoid!

And guess what else? Drab Majesty is on this soundtrack! I LOVE those guys, thanks to our very own Occams.

Use the widget below to enter for your chance to wrap your phalanges around this super limited release. Finger that widget quickly though — they’re down to 10% stock at time of writing, so they’re going fast!

We have one physical Switch copy of the game to give away; our winner will be drawn next Thursday. As this is shipping from SRG, anyone can win! No shipping restrictions exist on this one, so bring it on, Bulgaria. Be sure to hit up Nintendo Enthusiast to double your odds at winning.