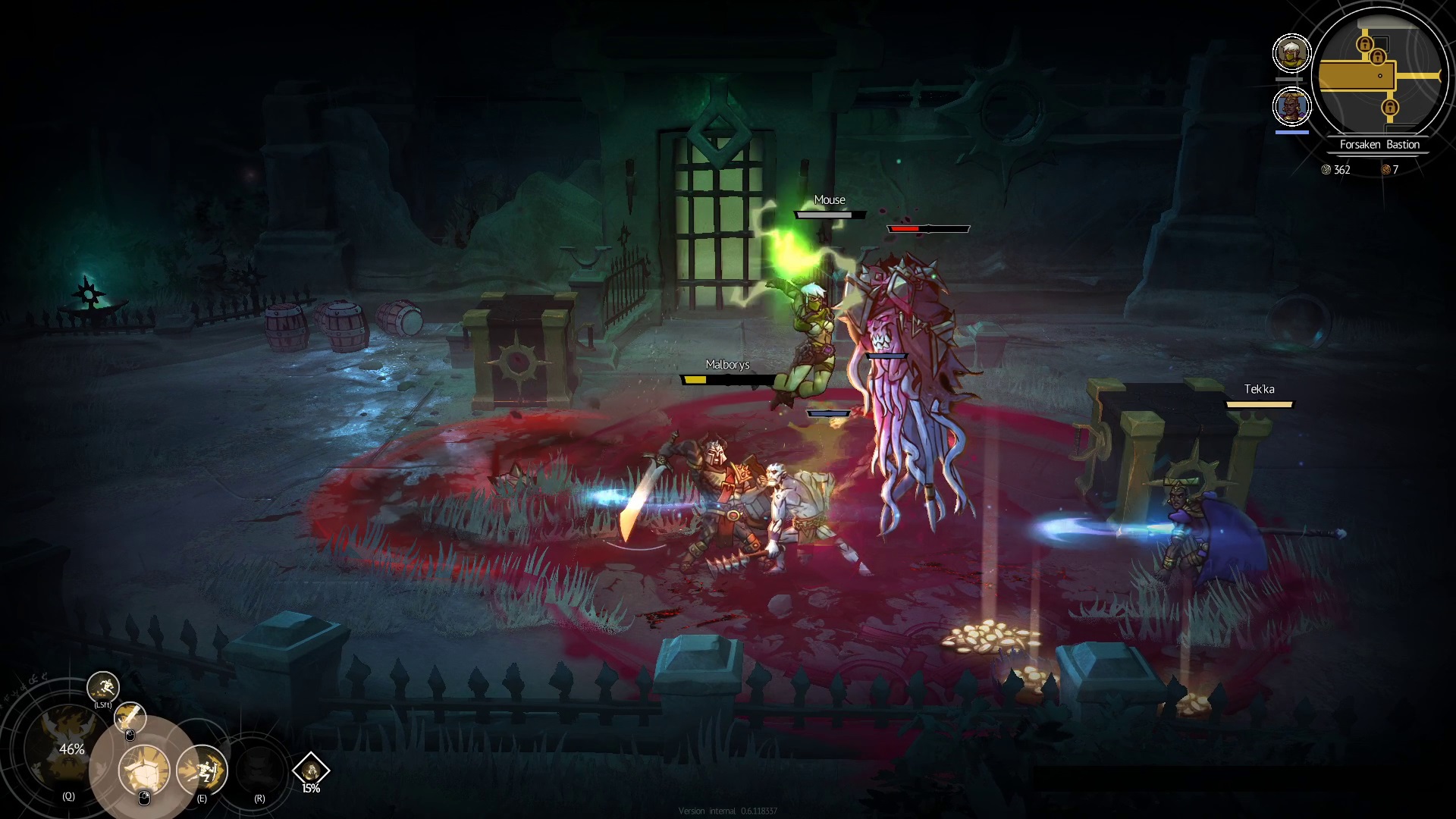 In today’s contest you can win a Steam Early Access copy of stylish dungeon crawler Blightbound!

I feel like having Devolver Digital as a publisher is something of a pedigree for a game — it just gives that certain “wow factor” that many publishers can only dream of. Maybe it’s the conferences, maybe it’s the style…or maybe they just select awesome games. I’m thinking it’s the latter.

Devolver teamed up with Ronimo Games to bring you Blightbound, a stylish dungeon crawler available now via Early Access. And since I’m writing this, you know what that means!

Blightbound is a classic dungeon crawler with popping visuals. A group of three heroes — the warrior, the mage, and the assassin — must venture down from their mountain base into the Blight, an all-consuming fog producing a variety of monsters and demons. You’ll acquire new skills, new loot, and new heroes as you fight your way through the hordes of evil to rid the land of the scourge which plagues it.

As this is an Early Access title, it’s always expanding with new content. Recently released is the Khuliath expansion, adding a new area, two new heroes, and tons of new weapons and items to collect and craft.

Best of all, if you win you’ll get access to all current and future updates at the cost of free! Call it Christmas in August.

Enter to win by commenting below telling us what your class would be, and what special ability you’d bring to the fracas. Of course, I’d be a mage of the Tacomancer discipline. I wouldn’t be very helpful in a fight, but at least you wouldn’t go hungry with me around!

We have ten Steam Early Access keys to give away; winners will be randomly selected Tuesday, August 25. Make sure to comment using a Dtoid account with your current email address on file, and if you’re new to these parts, sign up here to take on the Blight with us.

Blightbound is available now via Steam Early Access. Hit up PC Invasion for more chances to snag a copy.