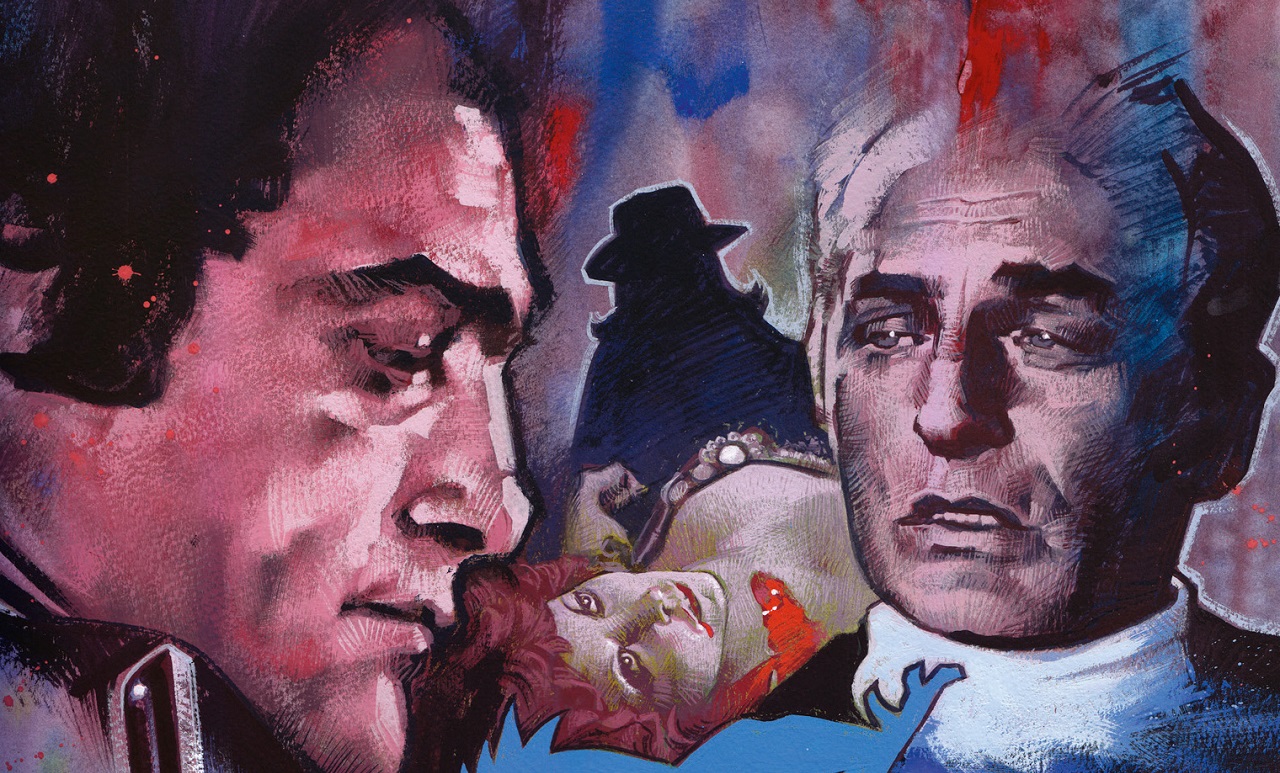 Enter today’s contest to win a Blu-ray copy of Arrow Video’s The Iguana with the Tongue of Fire!

What I like about these movie contest partnerships with MVD Entertainment is I get to see a bunch of weird stuff I’d have probably never heard of. Today’s movie is one of those — The Iguana with the Tongue of Fire is a ’70s giallo that’s self-indulgent, even for the self-indulgent genre. I’d like to think that describes me pretty well.

So, we’ve got some copies up for grabs. Come grab one!

One of several “animal-in-the-title” cash-ins released in the wake of Dario Argento’s box-office smash The Bird with the Crystal Plumage, The Iguana with the Tongue of Fire is a gloriously excessive giallo that boasts a rogues gallery of perverse characters; violent, fetishized murders, and one of the genre’s most nonsensical, red-herring laden plots (which sees almost every incidental character hinted at potentially being the killer). Set in Dublin (a rather surprising giallo setting), Iguana opens audaciously with an acid-throwing, razor-wielding maniac brutally slaying a woman in her own home. The victim’s mangled corpse is discovered in a limousine owned by Swiss Ambassador Sobiesky and a police investigation is launched, but when the murdering continues and the ambassador claims diplomatic immunity, tough ex-cop John Nortonis brought in to find the killer…

My favorite part of these kinds of movies is how pulpy they are. Also the murderer both has a razor blade and throws acid for no apparent reason. It’s silly, and it’s fun.

To enter to win your copy, comment below telling us what ridiculous combination of weaponry you’d use if you were a deranged serial killer in 1970s Dublin. I’d use shoelaces to strangle my enemies (and also carry my school books around) and a plastic straw to poison the Earth, resulting in my enemies’ inevitable death! I know I’d probably have to wait a while for the plastic straw thing to work out, but dude it’s gonna be so worth it when they’re all like, “Oh shit I’m dying because of a plastic straw in the ocean, help me!!!” and I’m like, “Yeah, I did that.”

We have two Blu-rays to give away. Since this is a physical prize, you must have a United States shipping address in order to win. Winners will be drawn on Tuesday, April 30. New users can sign up here and describe their miraculously stupid murder weapons!

The Iguana with the Tongue of Fire is available now from MVD Entertainment. Head over to Flixist for more chances to win!