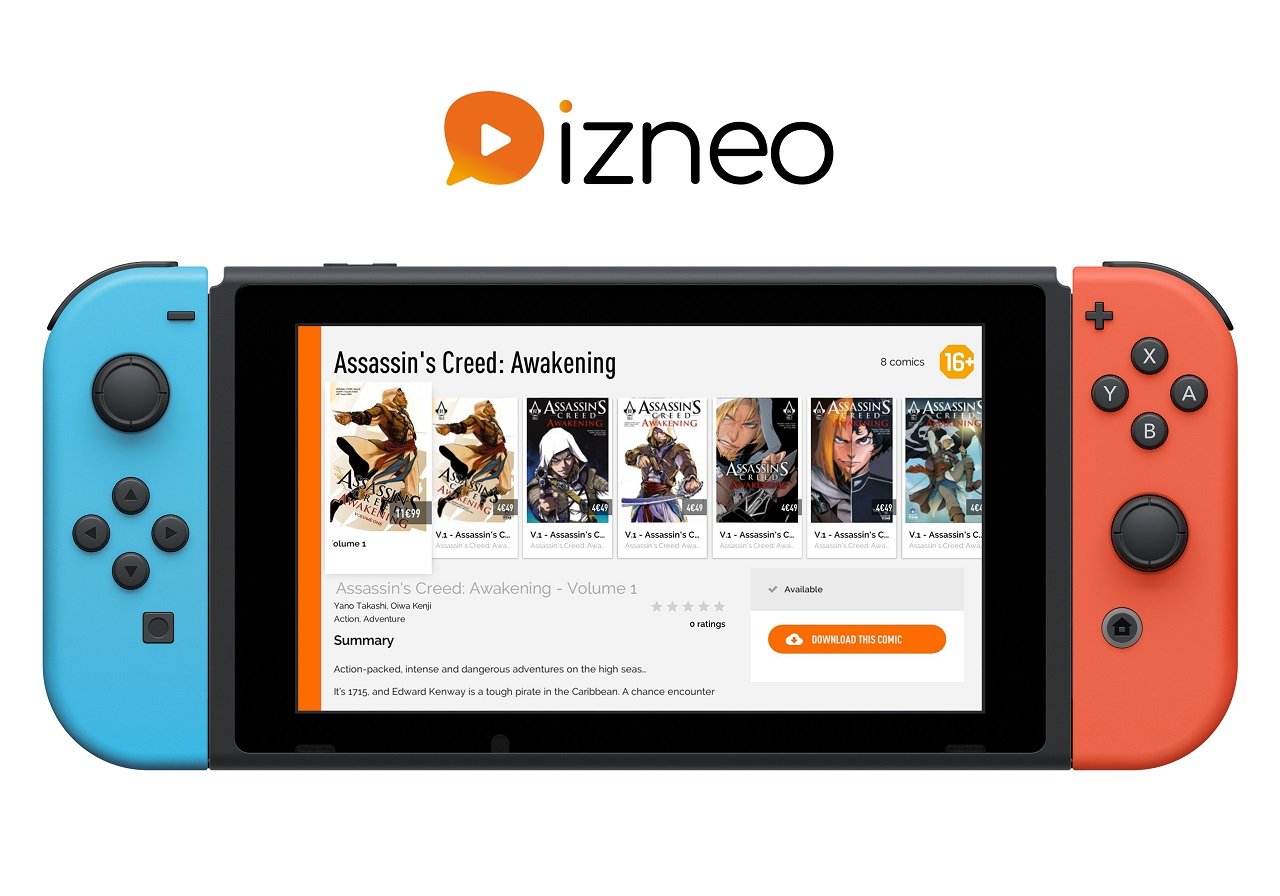 This gift keeps on giving: Enter our contest for a one-year premium subscription to Switch comics app Izneo!

Ever since it came out, you could play games on the Switch pretty easily. Many people say this is one of their favorite parts of the popular video game console. But reading comics? Now, that was a much taller order.

Izneo just launched today on the Nintendo Switch. What’s Izneo, you ask? Well it’s the all-new comics app granting you access to over 1,500 comics, graphic novels, manga, and more. You could pay $7.99 every month for unlimited access to their library (which is a nice deal), or you could just win a year’s worth from yer pals at Destructoid!

I’m kind of a comics virgin (amongst other varieties of virgin) so I’ll let Izneo tell you about themselves:

Izneo is the premiere global online comics platform. Available at all times on your computer, smartphone, tablet, Nintendo Switch and soon Nvidia Shield, Izneo offers the chance to discover, read and acquire the largest catalog of comics, European comics, mangas, graphic novels and webtoons. On top of an ever-growing catalog, Izneo also provides recommendations from other readers and the very best digital reading experience out there! Izneo offers more than 30,000 books in a vast array of genres. Rich with European comics due to the company’s origin, the platform also features an increasing number of US comics. This is the perfect opportunity to discover new artists and stories like the Netflix sensation Umbrella Academy as well as catching up with the classics like Hellboy, Tank Girl, Sin City, Lucky Luke, Doctor Who, Assassin’s Creed and Appleseed to name a few!

You can pay for premium access, which is cool, or you can win it from us. Because we love you guys. Your Izneo Premium membership will not only grant you access on the Switch app, but anywhere Izneo is available! How’s that for value?

To enter to win, use the widget below to leave your name and email address. You can enter daily for additional chances to win. For bonus entries, follow Dtoid and Izneo on Twitter and share our contest post with your friends.

While you’re waiting to see who won, tell us your favorite comic in the comments below. I haven’t read many, but Uncanny X-Men is pretty cool! I’ve been reading up on them and made it somewhere into the early ’80s. It’s a long journey, man.

One lucky winner will receive a year’s worth of access to Izneo Premium. Our winner will be drawn on Thursday, March 7.

Dtoid Contest: Win an Izneo Premium subscription for your Switch