Swipe on, swipe off

In today’s contest you can win an iPhone 12 Pro and in-game prizes for Cobra Kai: Card Fighter!

Hey, so this is a new one! I’m used to giving out game keys, in-game contest, and even consoles, but this is my first time giving away a phone! I mean, a phone technically is a console, right?

Cobra Kai: Card Fighter hits Google Play and the App Store tomorrow, and to celebrate, the team over at Boss Team Games (responsible for the upcoming Evil Dead: The Game!) wants to give away a brand new iPhone 12 Pro! I’ll just sit over here all jealous with my four year old Galaxy S8 while y’all enjoy your new toys.

It’s time to rekindle the rivalry between Johnny Lawrence’s Cobra Kai dojo and Daniel LaRusso’s Miyagi-Do 30 years after the events of The Karate Kid. Assemble a dojo of 16 characters from the series, including familiar faces such as Miguel Diaz and Robby Keene, reliving storylines from the hit streaming series. This official mobile game was created in conjunction with the series’ creators Josh Heald, Jon Hurwitz, and Hayden Schlossberg.

Players fight for glory by utilizing a simple combat system that becomes more strategic and fast-paced as rare Wild Cards and special combos are introduced to create advantages and secure an upper-hand in battle. Predict what your opponent will do based on their deck and fighting skills and show no mercy.

Prospective black belts can take the fight online against other players, where glory awaits in a competitive, synchronous multiplayer mode against other fighters from around the world. Just remember, there are no bad students, only bad teachers, so build powerful decks for each character’s specialties, and get a body bag for your opponents all over the globe!

Build up students from cream puffs to champions by leveling them up, expanding Cobra Kai or Miyagi-Do to recruit new fighters, and compete in the All Valley Karate Tournament. Future content expansion plans will add stories from the third season of Cobra Kai and beyond, alongside new competitive tournaments and additional characters. 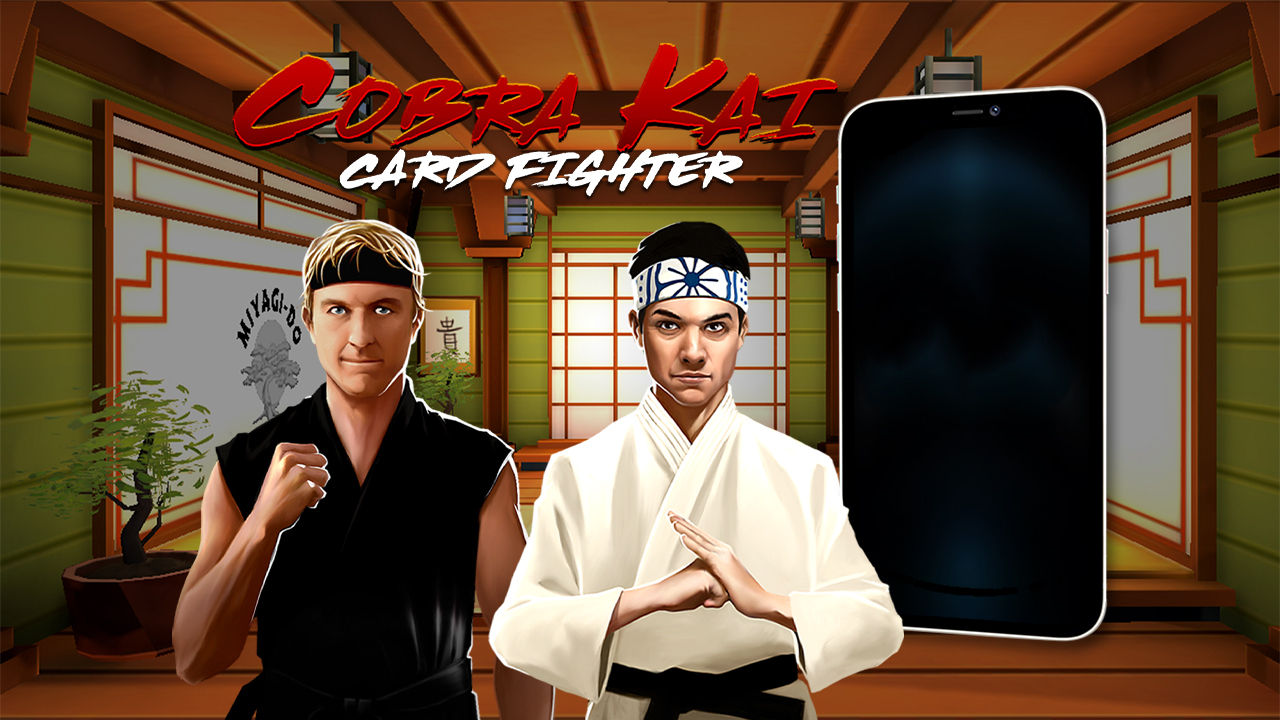 We’ve got three prizes to give away, so pay attention, students:

Use the widget below to enter to win! Be sure to enter daily. Click around for bonus opportunities, and be sure to comment below telling us your deadliest karate move. Mine is Squatting Platypus, for obvious reasons.

We have three prizes to give away as outlined above. Runners up will receive in-game prizes; there are no substitutions. Our grand prize winner must have a United States shipping address; the phone will be unlocked and available for activation on all major providers. Gimme dem digits.