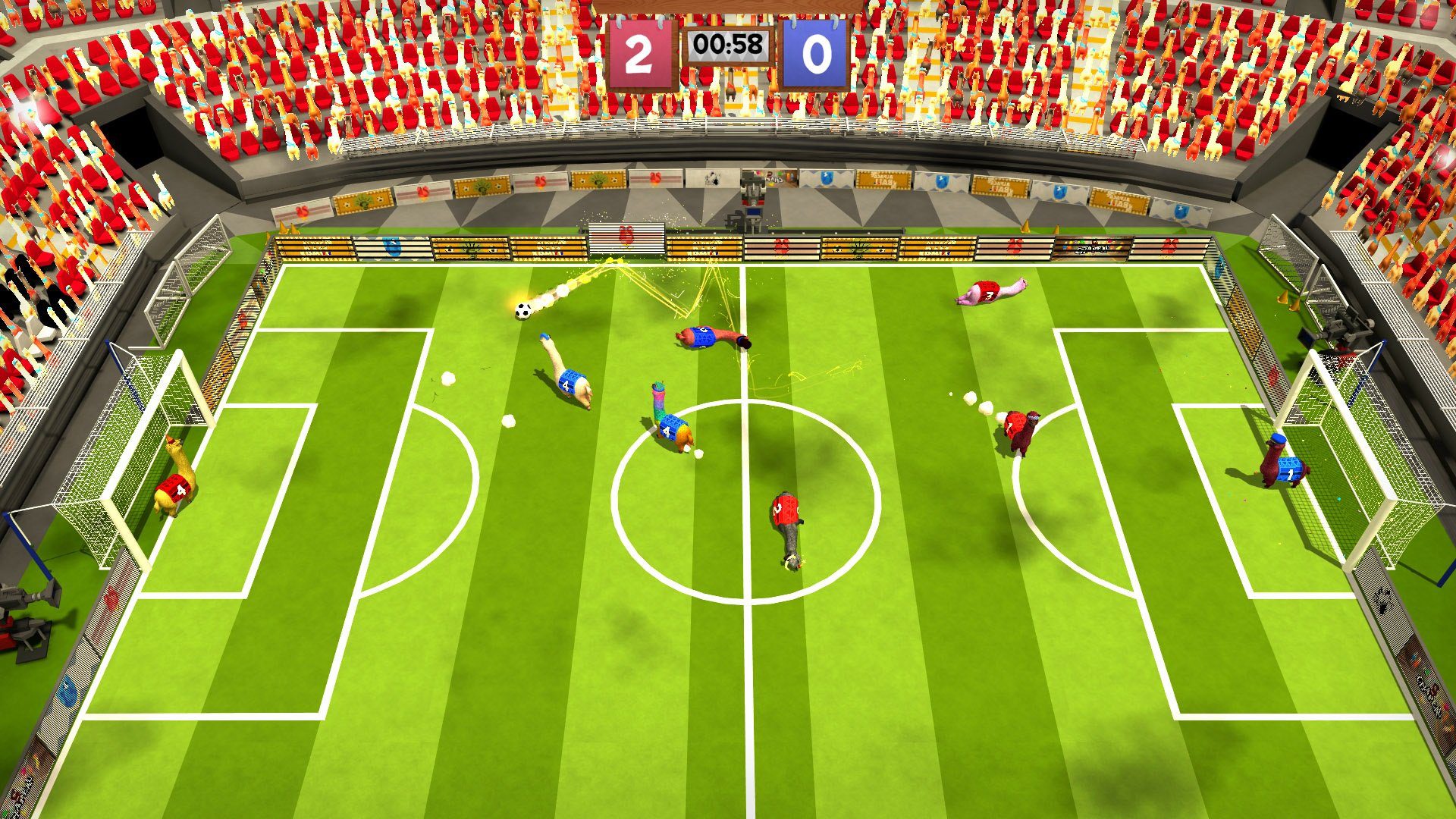 The prophecy has been foretold! I covered Alpaca Ball: Allstars way back in the day because I’m a sucker for dumb games featuring animals. Since I’m a man of my word, I’m following up and giving away some Switch copies of this wacky little ditty. Who’s in, and who’s a turd who doesn’t want a free game?

Alpaca Ball: Allstars is a goofy take on the rote sport of soccer, featuring alpacas! Use their long, weird necks to swing their heads into a ball, which will hopefully go into the goal. Or use their four legs and bodies to stop said ball from crossing your goal box! There’s solo career play, co-op, and up to eight players via local multiplayer. Also, you can customize your animals with unlockable accessories.

I want an alpaca with one of those helicopter beanies. That’d be really cute, plus it’d be able to fly away!

To enter to win your copy, tell us which animals you’d use to battle the mighty alpaca on the pitch. Would you use a team of dusty armadillos? Maybe some ornery alligators? Sexually aroused anteaters? What does that even mean?

We have five NA and three EU keys to give away — make sure you specify your region in your comment. We’ll draw winners next Wednesday. Please comment with a Dtoid account with your current email address on file. If you’re new, sign up here to build a mighty team of animal footballers!

Alpaca Ball: Allstars is available now via the Switch eShop.