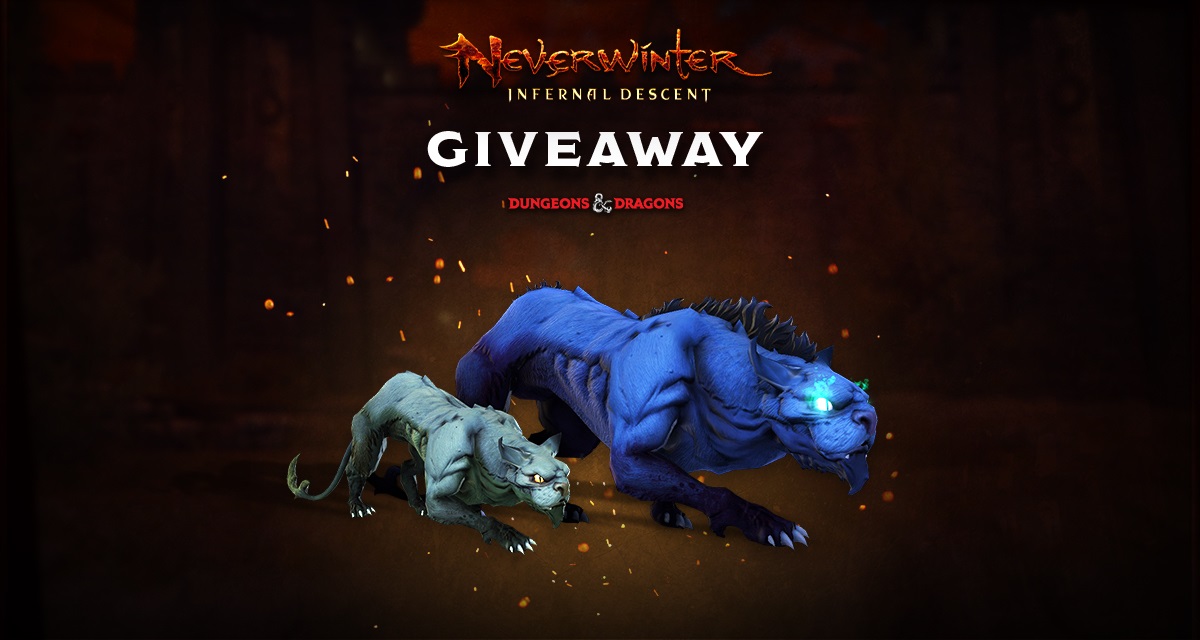 Beats the hell out of a meth hound

We’re giving away Packs of the Yeth Hound for Neverwinter in today’s contest!

You know who doesn’t like free stuff? Jerks! And rich people. There are interesting correlations between those two sets of people (while not necessarily any causation), to say the least.

Don’t be a jerk, though — take some free stuff from us. Today we’ve got some rare Pack of the Yeth Hound bundles to give away to deck out your character in Neverwinter. So try to win one, jerks!

I don’t know what I’m doing, so I’ll let the experts tell you what’s going on.

Neverwinter is a free-to-play action MMORPG that features fast-paced combat and epic dungeons. Players explore the vast city of Neverwinter and its surrounding countryside, learning the vivid history of the iconic city in the Forgotten Realms and battling its many enemies.

Neverwinter: Infernal Descent is now available on PC, and will launch on Xbox One and PlayStation4 on February 25. The latest major update for the free-to-play MMORPG set in the Forgotten Realms has Neverwinter players experience an epic adventure based on Wizards of the Coast;s latest Dungeons & Dragons tabletop adventure, Baldur’s Gate: Descent Into Avernus. Infernal Descent introduces new features to Neverwinter, including a new endgame campaign specifically crafted for level 80 characters, a vast adventure zone with heroic encounters and a new challenging endgame dungeon set in a devil’s citadel, and more.

While I may not know what any of that means, I’m sure you do! So don’t be a jerk about it!

To celebrate the new content, we’re giving away Packs of the Yeth Hound, featuring a Yeth Hound mount and Yeth Hound companion. To enter to win, tell me in the comments below what all of this means. Make sure I can understand it — I have no clue what’s happening!

We’ve got 15 Pack of the Yeth Hound keys to give away — keys are redeemable on the PC version of the game, only. Winners will be drawn Thursday, February 6. New to the site? Sign up here to explain video games to someone who writes about video games on the internet!

Neverwinter is free to play, and available now. Hit up PC Invasion for more chances to nab a key.