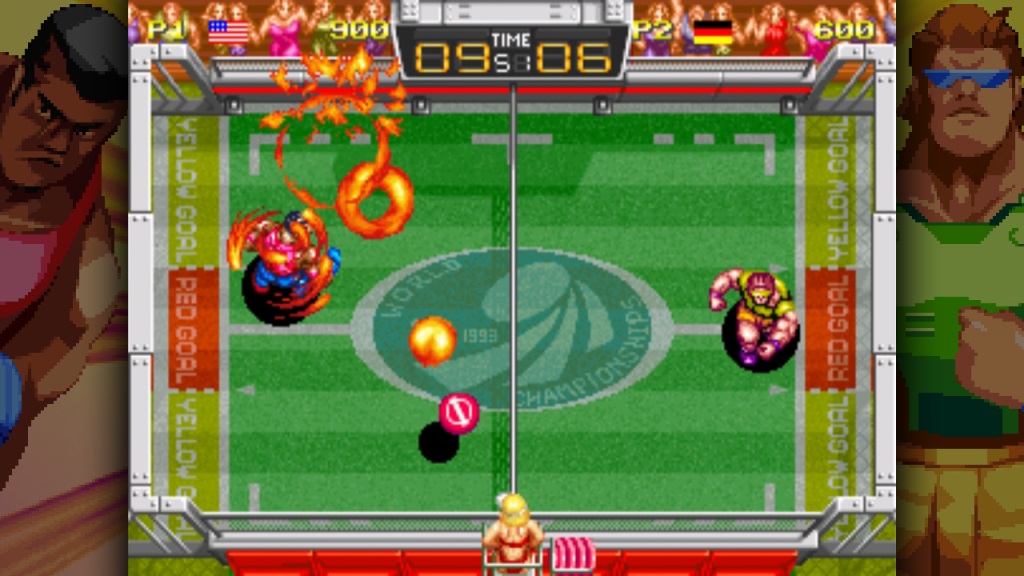 Today’s contest is totally tubular! I think. Win a Switch copy of Windjammers.

I know summer just ended, but why leave the beaches behind? Thanks to Windjammers, you don’t have to!

So pull those thongs between your cheeks and stuff yourself into your Speedos, because we’re giving away some Switch keys of this bodacious disc attack game!

Windjammers is the hot new competitive disc throwing game that’s actually like 25 years old and not new at all. But it’s still pretty hot! Use your bulging ’90s muscles to hurl flying discs at your enemies’ goal to rack up points and earn the win. It’s a weirdly perfect mix of a sports game and a fighting game — one of those things that probably shouldn’t work but actually does. Like peanut butter and celery. It’s competitive, it’s addictive, and gosh darn it, it’s actually pretty damn good.

To enter for your chance to win, give us your favorite ’90s memory. If you’re not old enough to remember the ’90s, tell us one thing that strikes you as totally ’90s. I remember when the first kid in our school got a pager, and the rest of us thought he was the most important person on the face of the planet. A pager. Damn, that’s the ’90s.

We have five Switch keys to give out to some totally awesome winners. Our keys are for North American eShop accounts only. Make sure to comment using a Dtoid account that has your current email address on file. If I can’t email you, I’ll have to page you your key. Don’t make me stoop to that level.