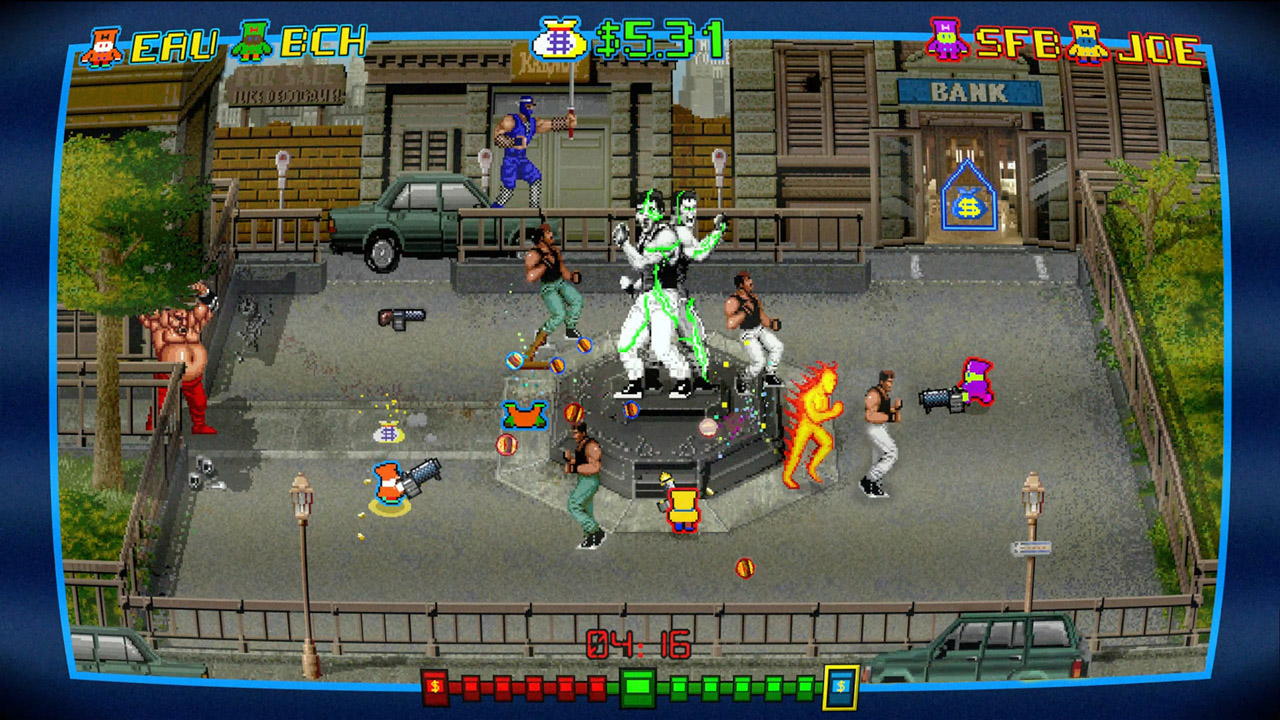 This burger’s a two-hander

Peter Pepper has upgraded his arsenal. Hell, in the very logo for Johnny Turbo’s Arcade: Heavy Burger, ol’ Pete is sawing Mr. Hot Dog in half with a spray of lasers. This ain’t your Uncle Terry’s Burger Time. Come win a Switch copy to see what I mean.

I can’t bear to use my own words to describe this one. It’s simply too barbaric!

Play as Peter Pepper, the burger-boppin’ hero of Burger Time! He’s not your classic little chef anymore. Wield shotguns, laser rifles, pistols, and machine guns as you lay waste to your opponents in a desperate tug-of-war to THE BANK!

Snag the prized MONEY BAG as you release hoards of prisoners while leaping over bottomless pits in the Heavy Burger arena.

Deposit that coin with the help of President bank manager Ronnie himself. Take a free ride in his chopper and bask in the glory of HEAVY BURGER MADNESS on the White House lawn.

You kids and your violent video games!

To enter for your chance to win, comment below telling us what finally snapped Peter Pepper over the edge to turn to violence. I saw it with my own eyes: He was sitting in traffic after work one day, just like he does every other day. And something just snapped. He stepped out of his car, through the traffic, and went on a rampage. That’s when he started falling down in life!

We have five NA Switch keys to give out. You must have a NA eShop account to redeem. Winners will be drawn on Thursday, November 8. Make sure you comment using a Dtoid account with your current email address on file.

Johnny Turbo’s Arcade: Heavy Burger is available now for Switch. Head over to Nintendo Enthusiast for more chances to win!