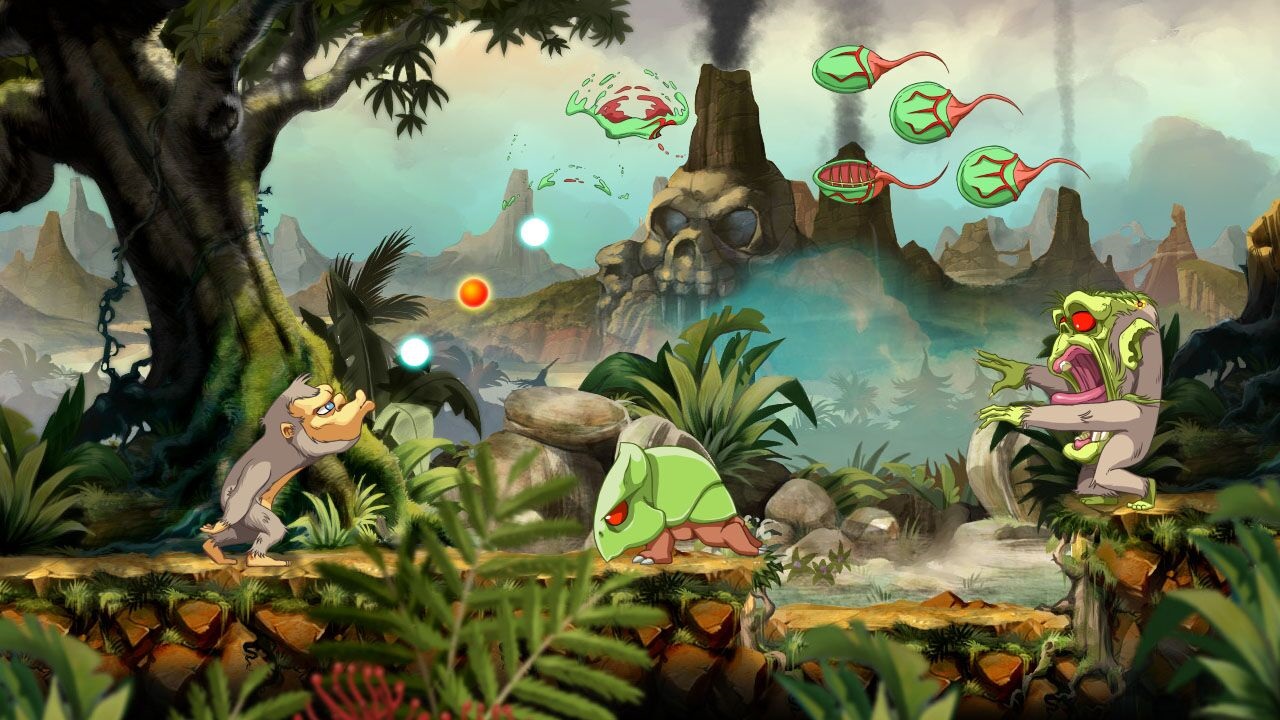 2 physical, 2 digital up for grabs

Go ape with our contest to win a Switch copy of Toki!

When I was younger, we lived on a naval base for a few years in Sicily. The rec center had a whole bunch of crap for kids to do after school, like playrooms and board games and whatnot, while their parents were stuck at work. They had two arcade cabinets at the rec center: Double Dragon: The Movie: The Game (whew), and Toki. Needless to say, I have some pretty fond memories of both.

I won’t torture you with the former, but I will treat you with a Switch copy of the remake of the latter! Come win a copy of Toki for your Switch!

The arcade classic Toki returns on the Nintendo Switch in this all-new remake. Toki, the brave caveman warrior, has been turned into a monkey by an evil demon. He must traverse through lands of ice, fire, water, and more to save his love Miho and hopefully find a cure for his condition. Players must use the power of Toki’s projectile spitting and various power-ups (like a football helmet and scuba gear) to defeat enemies and put an end to evil in the land.

The GameStop-exclusive Retrollector Edition of Toki is the only way to buy the game in a physical format. It inludes:

While you could buy it, you’re smarter than the average ape — you’re a Dtoid reader, which means you can win a copy, instead! We have two physical versions of the game to give out, and two digital versions for some lucky runners-up. All you have to do to win is tell us which version you want, and give us your best arcade memories, like I shared above. If you don’t have any, tell us your favorite remake. It can be a movie, song, video game — whatever your favorite it, just tell us!

Our physical prizes are for members with United States shipping addresses, only. Our digital prizes are for North American eShop accounts, only. Winners will be drawn on Saturday, December 8. Make sure you comment using a Dtoid account that has your current email address on file.