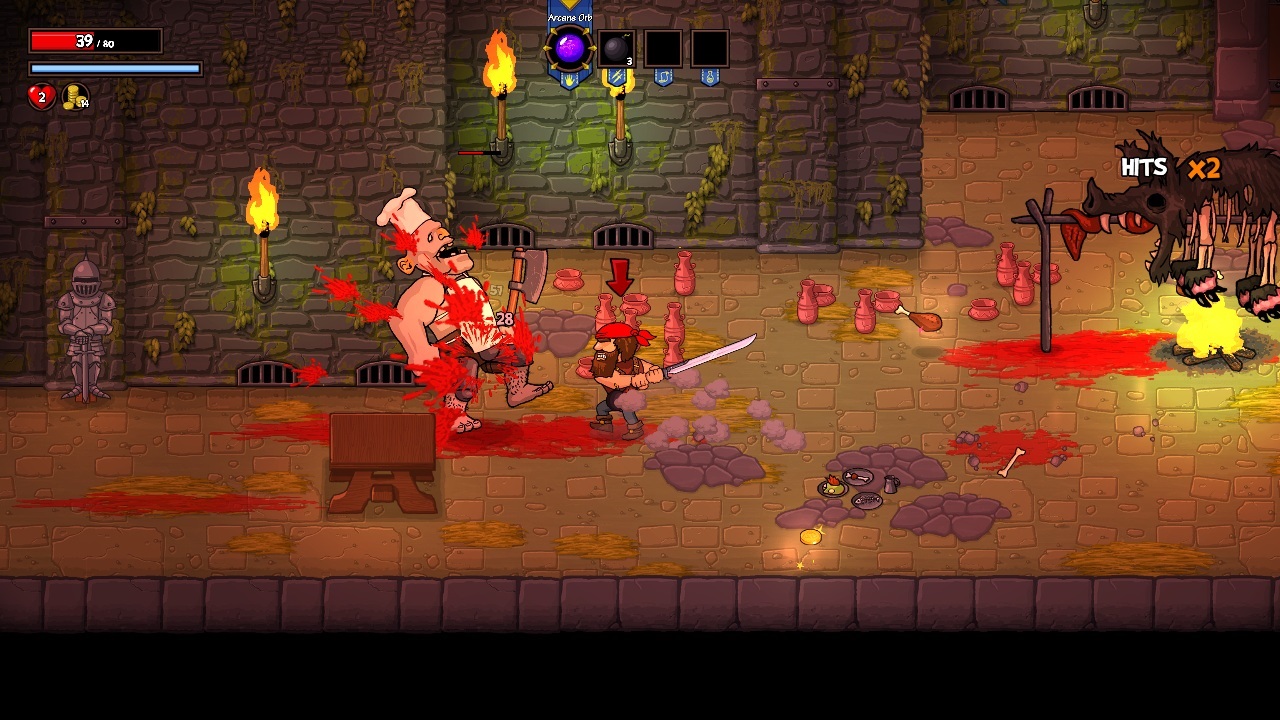 Grab your sword, shield, and spellbook for our Rampage Knights Switch contest!

Who’s up for a free indie game? I would be, but, you know, I work here. I can’t enter these contests. But rest assured, I would if I could.

You don’t work here, so feel free to throw your name in for a Switch copy of Rampage Knights!

Rampage Knights is a roguelite beat ’em up wherein players must traverse randomly-generated levels to take out baddies using melee, magic, and badassery. Badassery is my favorite martial art. Encounter random traps, buffs, debuffs, enemies, items, weapons, and profanities (you’ll provide those) as you hack and slash your way through dungeons. Upgrade your fighters with new abilities, armors, and even classes as you play!

Anything that bills itself as a mix of Golden Axe and Binding of Isaac has some pretty big shoes to fill, yeah?

Enter below by telling us your region (NA/EU) and what two games you’d be if you were a mix of two games. I’d probably be a mix of Hatoful Boyfriend because of my adorable propensity to date male birds, and Kingdom Hearts because people seem to enjoy it despite not knowing what the hell it’s ever going on about. I’m just complicated, man.

We have three NA keys and one EU key to give away. Winners will be drawn on Tuesday, February 5. Make sure to comment using a Dtoid-generated Disqus account, and that your account is up to date with your current email address. New users can sign up here — join in on the madness that is Dtoid!

Rampage Knights is available now on the Switch eShop.