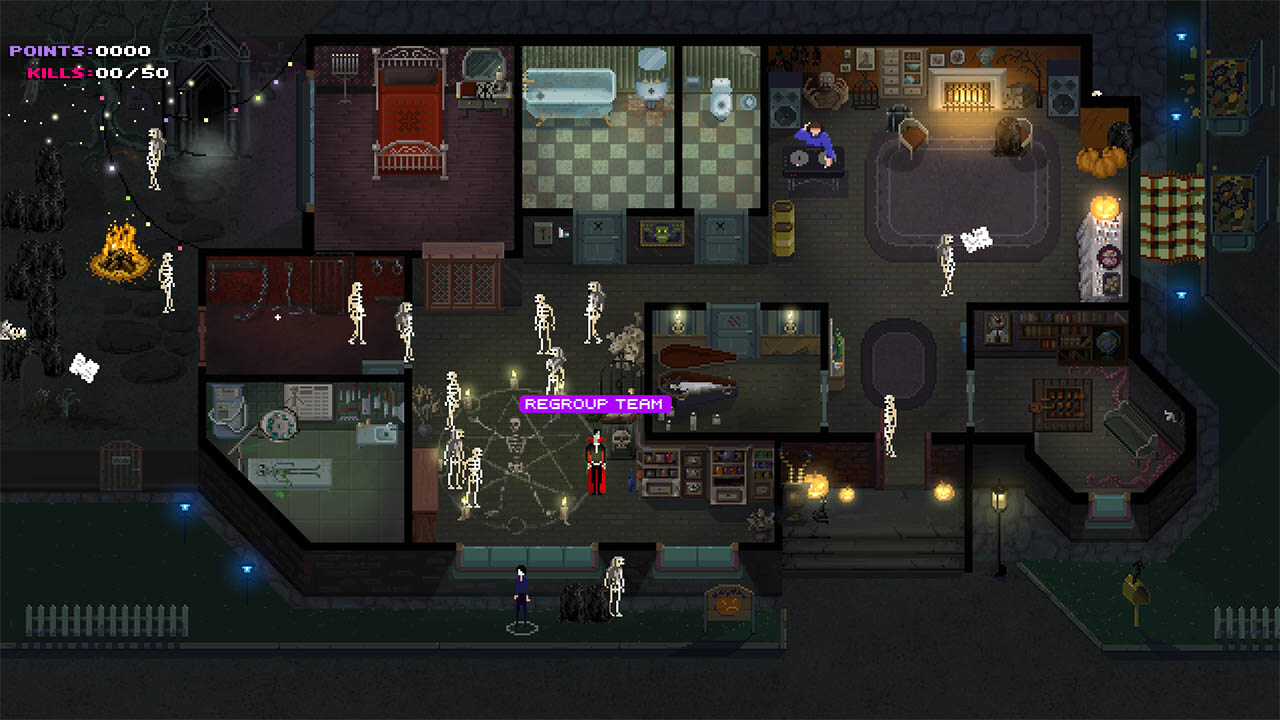 Be the life of the party with our contest to win Party Hard for Switch.

There’s nothing I hate more than loud, obnoxious parties going on while I’m trying to get my beauty rest. The shouting, the bottles breaking, the music — it’s all just too much. And it upsets me. I normally just put my pillow over my head and force myself back to sleep, but man, sometimes I just wanna be a ninja and take everyone out one by one while pretending to blend in.

Good thing Party Hard is here to let us all live out our murderous fantasies!

You could have called the cops on the loud party next door, but instead, you decided to murder everyone using knives, traps, explosions, and bears. Like a normal human would. In Party Hard, you become the life of the party by being the death of the party! Take out the obnoxious partygoers one by one using your trusty knife and the environment, all while blending in as to not arouse suspicion. This Switch version contains two player local co-op, five playable characters, and tons of other features, including:

So go ahead, party the night away.

To enter to win your copy, comment below telling us your least favorite thing about parties. For me, it’s a tie between the inevitable retching some irresponsible partygoer does for twenty minutes in the bathroom while you’re doing your best to hold in your piss, and the guy who breaks out a guitar and does Douchebag Karaoke while we’re all just trying to have a good time without hearing shitty John Mayer covers. Those are definitely the things that would finally push me over the edge and go all Party Hard all over the joint.

We have five Switch keys to give away. Our keys are for North American eShop accounts only. Winners will be drawn Thursday, December 6. Make sure you comment using a Dtoid account with your current email address on file. If I can’t email you, I can’t send you my shitty John Mayer covers.

Party Hard is available now on Switch, PC, PS4, and Xbox One.