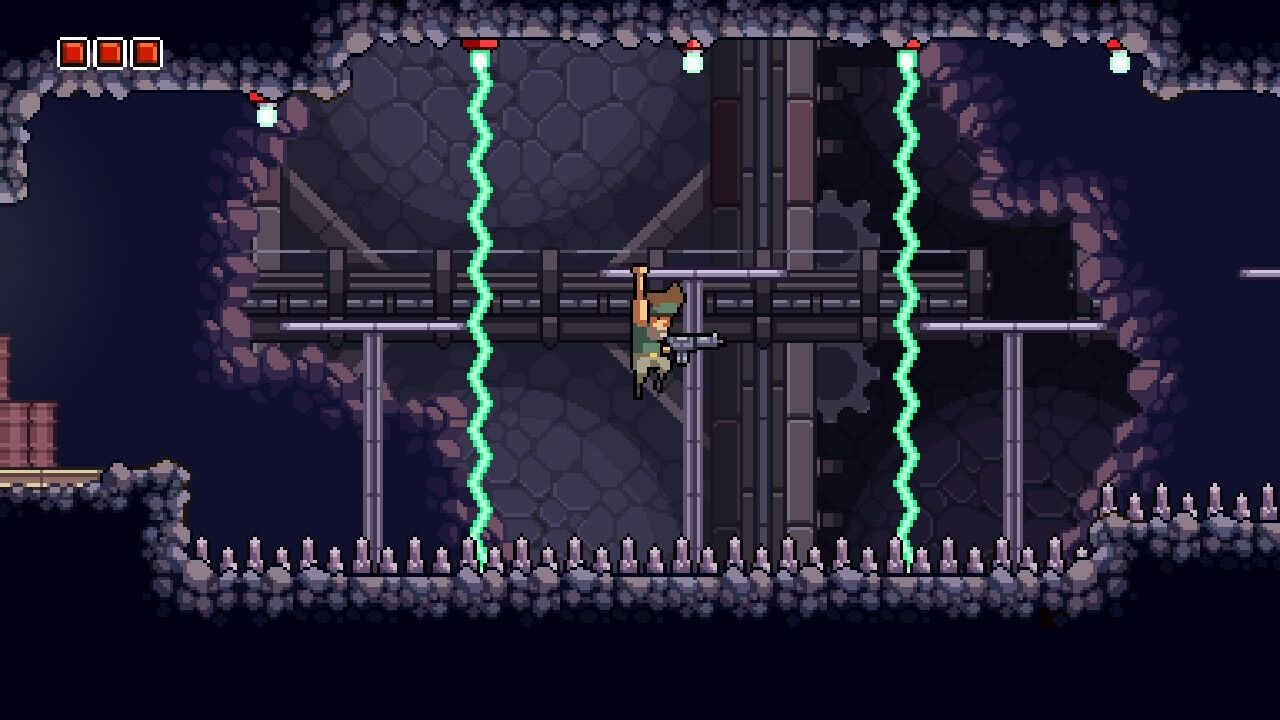 Pull that metal slug out of your abdomen and enter today’s contest for a Switch copy of Omega Strike.

As much as I love mascot platformers, quirky Japanese shit, and extreme sports games, I’d have to say that sidescrollers are my favorite types of video games. Nostalgia probably has a lot to do with that, but punching, shooting, and jumped your way from left to right (and sometimes back right to left) is the quintessential gaming experience to me.

Omega Strike looks right up my alley. Come win a Switch copy and join me in admiring it!

Omega Strike bills itself as an action metroidvania, which makes sense considering you can explore a huge interconnected world, find treasure to boost your arsenal, fight bosses, and action-platform your way around hazards and enemies. I’m no scholar, but that seems to check out. There’s a story about an evil doctor and mutants trying to take over the world, but the best part about stories in games like this is they’re a great excuse for the devs to make giant mechs infused with weird biological/organic shit as level bosses. Like I said, this looks right up my alley.

To enter to win, comment below telling us your region (NA/EU) and what your unique ability would be in this game. Mine would be an incredibly inelegant dodge roll that’s less of a tactical maneuver meant to avoid incoming damage, and more of a lucky fall in which attacks somehow miss me and I make it back to my feet afterward. These knees ain’t what they used to be, so any time I can climb back onto my feet without the aid of a rail or adult is nothing short of a miracle.

We have four NA keys and one EU key to give away to Switch owners. Winners will be drawn on Monday, December 31. Make sure you comment using a Dtoid-generated Disqus account, and that your account is up to date with your current email address. If I can’t email you, I can’t gracelessly fall and slip you a free game in the process.

Omega Strike just saw its Switch release, joining PS4, Xbox One, and Steam. Go check it out! Head over to Nintendo Enthusiast for more chances to win.