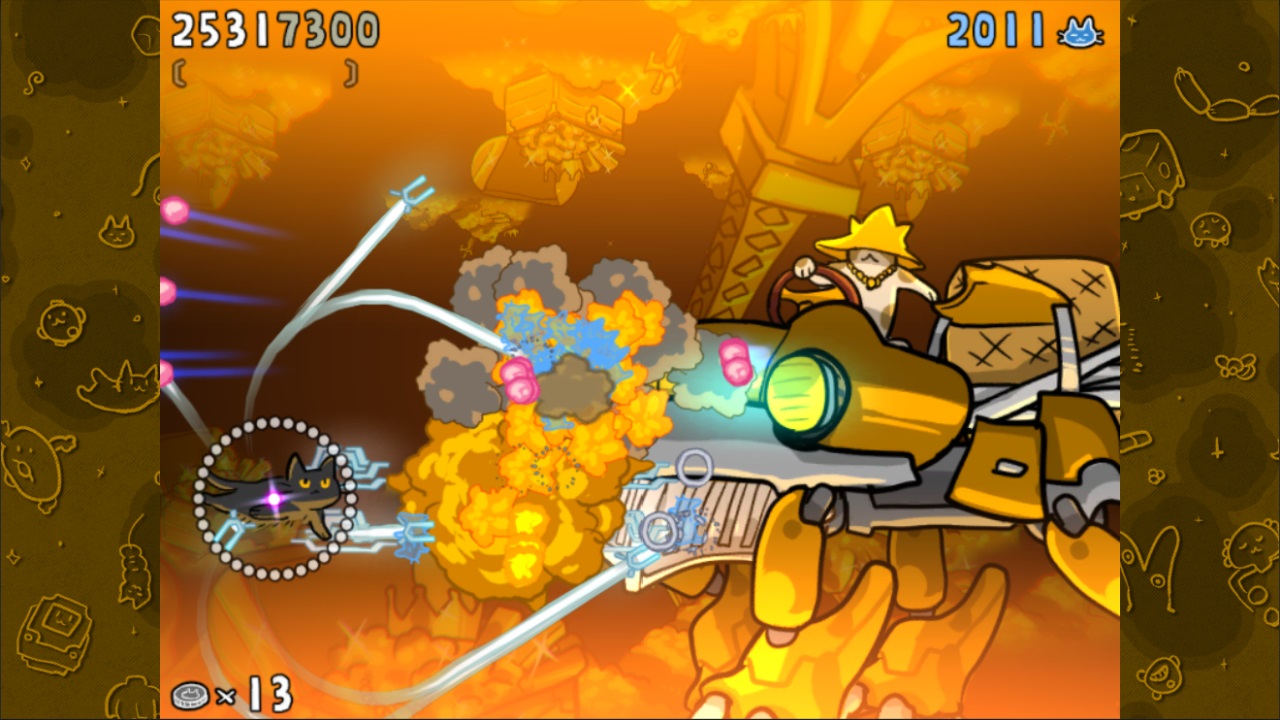 Get cat-scratch fever with this contest for Neko Navy on Switch!

I operate on very, very simple terms: I see a video game featuring a flying cat, I ensure that I put it up for a contest on Dtoid. This is how I live my life, and if you have a problem with it, you’re probably my step dad.

Just shut up, Terry, and come win a copy of Neko Navy: Daydream Edition for Switch.

This seems incredibly self-explanatory to me. You play as a cat flying through space, and you shoot a whole bunch of shit in a bullet hell shmup adventure. I’d keep going, but I really don’t feel the need to. You’re either going to enter this contest based on the header/trailer alone, or you’re going to keep on browsing the internet. These words will not sway you. I’m ok with that.

Instead of talking about the game, I’ll talk about my roommate’s cat, Tito. Tito is a tabby, but acts more like a dog. He greets you when you get home and demands attention. He follows you around when he’s bored. He meows loudly at all times of the day. He talks shit to my other roommate’s dog, who is easily three times his size. Tito is kind of a boss. Even though he mostly acts like a dog, he still likes to knock things off of tables for no apparent reason. He also likes to come into my room in the middle of the night and lay horizontally across my face. I don’t know if he’s trying to kill me or just likes the warmth, but either way it’s cute for about eleven seconds until I realize it’s 4 AM. It ceases to be cute really quickly.

Oh, right, Neko Navy. Uh, come win a copy of it so you can shoot cat-lasers in cat-space. The press release claims there are 10,000 “soothing” enemies to shoot, whatever the hell that means, and that you can experience “the world’s most shocking ending.” Yep.

To enter to win, tell us your region (NA/EU) and literally anything else. I’m giving away a game where you play as a cat who shoots soothing enemies while flying through the air, so clearly I’ve lost all control. Just give us the region and a comment, and you’re entered. You can comment about the weather, or what you had for lunch last Tuesday, or even something about a cat. Do you have a bicycle? I don’t. If you have a bicycle and feel compelled to talk about it, then please, by all means, talk about your bicycle. I ate a brownie a few weeks ago. Eggplant.

We have five NA keys and one EU key to give away. Winners will be drawn (and quartered) on Wednesday, January 16. Please comment using a Dtoid-generated Disqus account, and make sure your account is up to date with your current email address. New users can sign up here!

Neko Navy is now available for Nintendo Switch, and can also be purchased on Steam. Meow.