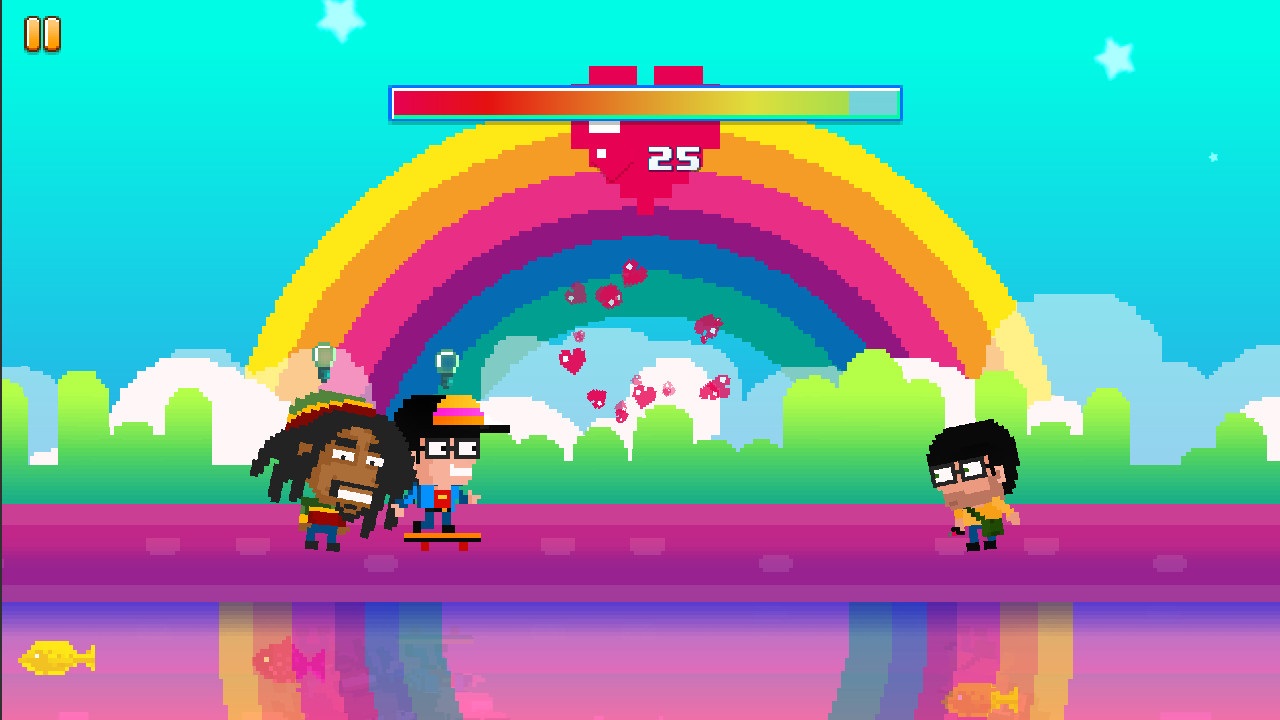 Dude, seriously, this is adorable

Hug yourself with this contest for a Switch copy of iHUGU.

Who doesn’t like hugs? I mean, some people personal space preferences that prevent them from doing a lot of hugs, that’s cool. But for me, hugs are great. I hug everyone: My friends, my family, people I just met, people I haven’t met, people on the elevator, people going to the bathroom — I just like hugs.

I’ve got some Switch copies of this odd little title iHUGU to give away. It’s a game about giving hugs! Let’s hug it out.

Read this very whimsical description of this strange little title:

iHUGU is a memory type of game where the main goal is to remember as many unique characters as possible that are falling into the player’s arms. The catch is that each character can be hugged only once. What can be so difficult in remembering characters that will be repeating after some time, anyway? Well, in addition to people known from movies, games, public life or history (including Napoleon, Little Red Riding Hood, Dalai Lama, or John McClane from the movie Die Hard), the crazy ideas on new characters will be given to the player by an automatic wizard. The combination of all possibilities is more than 20,000 unique mixes, the effect of which are absurdities such as the Dalai Lama’s connection with Rambo.

Especially for the users of the Nintendo Switch console, a new multiplayer mode was created from scratch and introduced to the game. As in the old days, when playing together was about sharing experience on one sofa, it allows two users to play together, each using their own Joy-con. The crucial factor is the memory of each player — the first one who hugs a character that has been hugged before, loses.

However, this is not all that the game has to offer — there is also a place for several mini-games, a lottery and other additional attractions!

Main features of the game:

This whole thing is as charming as it is baffling, which is why I wanted to share it with you folks. Honestly, we could all use a little bit of comfort these days, so let’s start here.

To enter, comment below with your region (NA/EU) and whether or not you’re a hugger. If you are, why do you like hugging folks? If not, how do you normally greet loved ones?

We have three NA and three EU Switch keys to give away. Winners will be drawn on Monday, February 11. Make sure to comment using a Dtoid account, and that your account is up to date with your current email address. New users can sign up here to get into the love-fest called Destructoid <3

iHUGU is available now on the Switch eShop. You can also pick it up for PC, if you’re into that sort of thing.