I can be your badass hero, baby

Have you ever wanted to be a badass hero who saves the Earth from its alien oppressors? Or perhaps you’ve wanted to awaken, and then put to slumber, ancient Aztec gods? Maybe you’re the kind of person who wants to really stick it to the Nazis. That’s always a good one.

If any of the three scenarios sounds good to you, then enter our contest below for your chance to win one of fifteen Steam Early Access copies of The Badass Hero, courtesy of our friends over at Awesome Games Studio!

In The Badass Hero, you’ll find yourself placed into three different comic book scenarios in which you’ll run, gun, slash, and crash your way through to the end. With procedurally-generated levels and rogue-lite elements aplenty, you’ll combo your way through waves of enemies and 40 different bosses. It’s got style, so why not check it out?

To enter, all you have to do is comment below with your ideal badass hero. Mine is a cross between Ellen Ripley and Danny Trejo. I shall call her, Dellen Trejley. She is wonderful and strong. 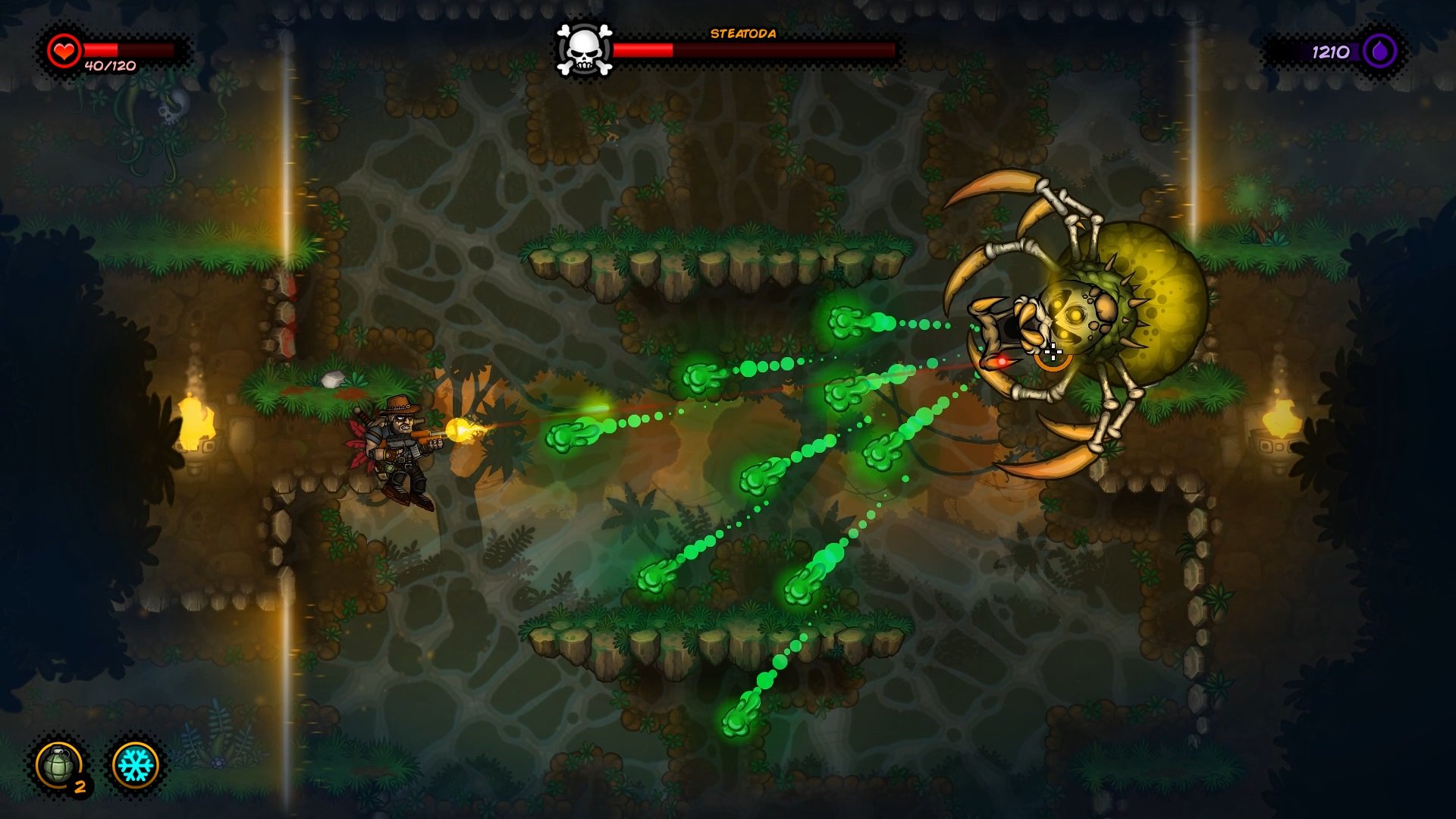 Make sure your Disqus account has your current email address. The contest runs from now until Wednesday, May 30 – so get to it, gang!