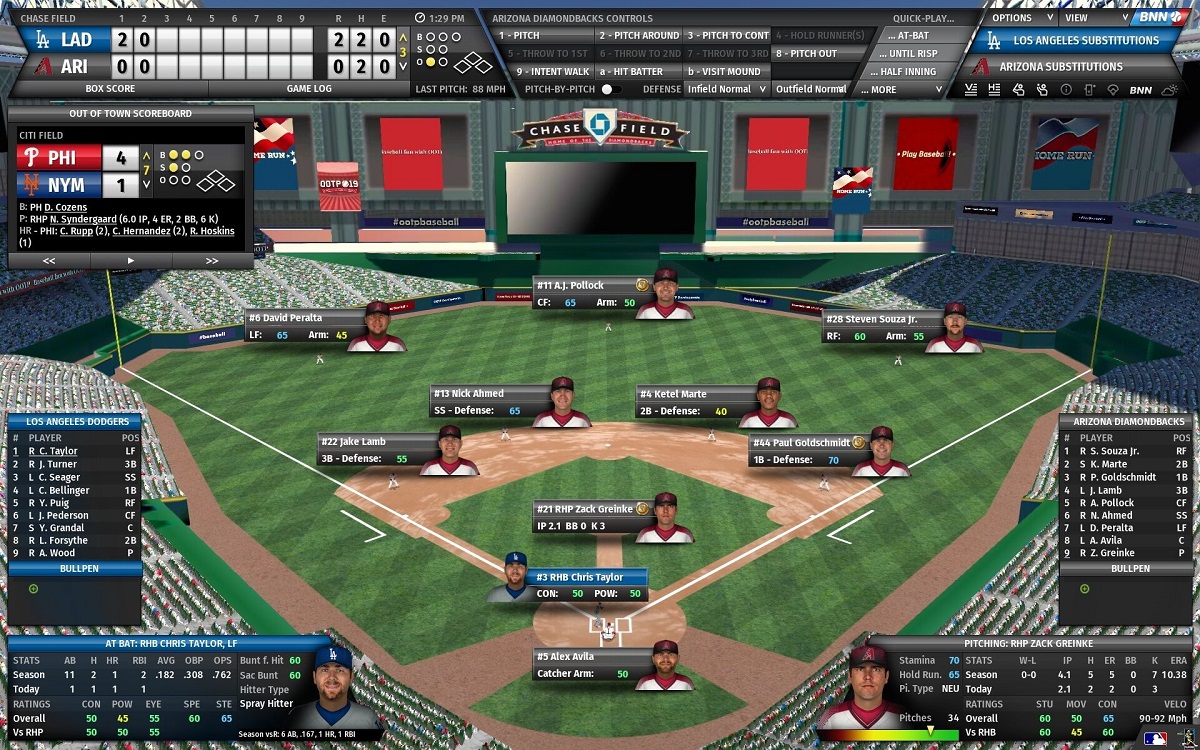 Round the bases on this free game

Look, sports fans, I know we don’t cover a ton of sports games around these parts. As a lifelong sports gamer, I know it can be frustrating to come to the site and see so many weird games from Japan getting headlines instead of some good old-fashioned athletic competition. Let’s do something about that today.

Out of the Park Developments has given us three Steam keys for their newest title, Out of the Park Baseball 19, just in time for the MLB playoff race! Go, team!

Out of the Park Baseball 19 is the latest in the award-winning sports strategy franchise. This year’s rendition is packed with new and improved features, including:

New in-game screen design for an optimized virtual dugout.
2018 roster sets with all Opening Day MLB rosters, as well as the complete minor league system from Triple-A to rookie leagues and the Arizona Fall League. All Major League (and over a thousand minor league) player ratings will be based on the popular ZiPS player projection system. The 8 international leagues, as well as independent minor leagues in the US, also return this year with accurate rosters.
Rewritten scouting reports that give a more detailed and realistic look at players.
New tournament modes! Create a stand-alone tournament bracket and draw any teams in history into it. The possibilities are endless!
Ultra-realistic AI roster management and in-game decisions.
A reworked ratings module.
User voting for end-of-season awards.
And much more!

To get some wood on this contest, use the widget to share this post and then comment below with your favorite memory about baseball. Mine is playing tee-ball as a kid and striking out because yes, I was that bad at baseball. I also got stuck at catcher and refused to catch the ball, so the umpire behind me got hit in the shins roughly 100 times a game.

…I was better at other sports, I swear.

Three lucky winners will be drawn on Friday, August 17 so get your comment in now! Make sure you comment with a Dtoid account that has your current email address on file. If I can’t contact you, I can’t give you a free game and an angel loses its wings. Let’s not let that happen.

Out of the Park Baseball 19 is available now on Steam.

Out of the Park Baseball 19 giveaway