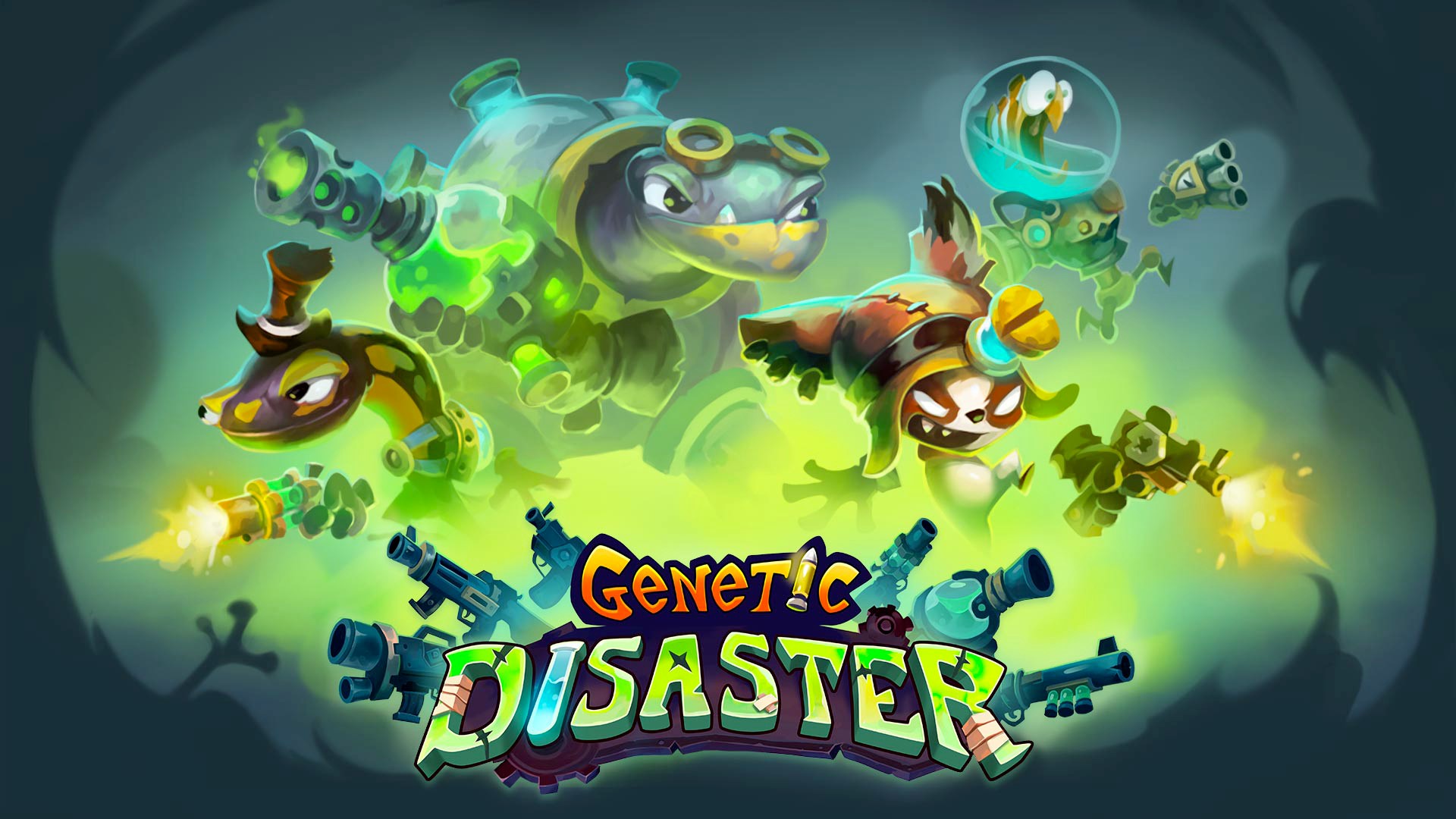 Disastrous genes for your disastrous jeans

[Contest is over, folks! I replied to the winners below, so check your emails and get to playin’ your new free game! Maybe y’all can party up and make new friends while you’re at it? Thanks for reading Destructoid, everyone!]

Looking for a sweet free gift for the upcoming holiday season? Of course you are, ya cheap bastard! Give Mr. Destructoid a chance to stuff your stocking with a Steam copy of Genetic Disaster, celebrating its full release out of Early Access this Friday, December 15.

Team8 Studio’s twin-stick [un]cooperative shooter pits you and up to four friends against hordes of unfortunate scientific experiments, giving you the opportunity to lay waste to both friend and foe alike using the game’s myriad weapons and environmental traps. Also it’s cartoony and cute and a little grotesque as a result, which is something that unfortunately isn’t on any of the press releases. They should hire me for that kind of stuff.

We’ve generously been given 10 Steam keys for the game to distribute to you, the kind and loyal Dtoid readers. All we ask in return is that you leave a comment below detailing the sorts of genetic disasters you expect to combat in the game. I’ve always thought a clown-shark-spider-Senatorial candidate-hybrid-thing would be something of a horrible thing to have to sort out, so if you feel the same way you’ll have to come up with something else horrible because I’ve already taken that one. Rules is rules, after all.

We’ll draw 10 random but very lucky winners this Friday afternoon, so get to commenting, my children.

Come to think of it, me having children would be a genetic disaster all in its own.