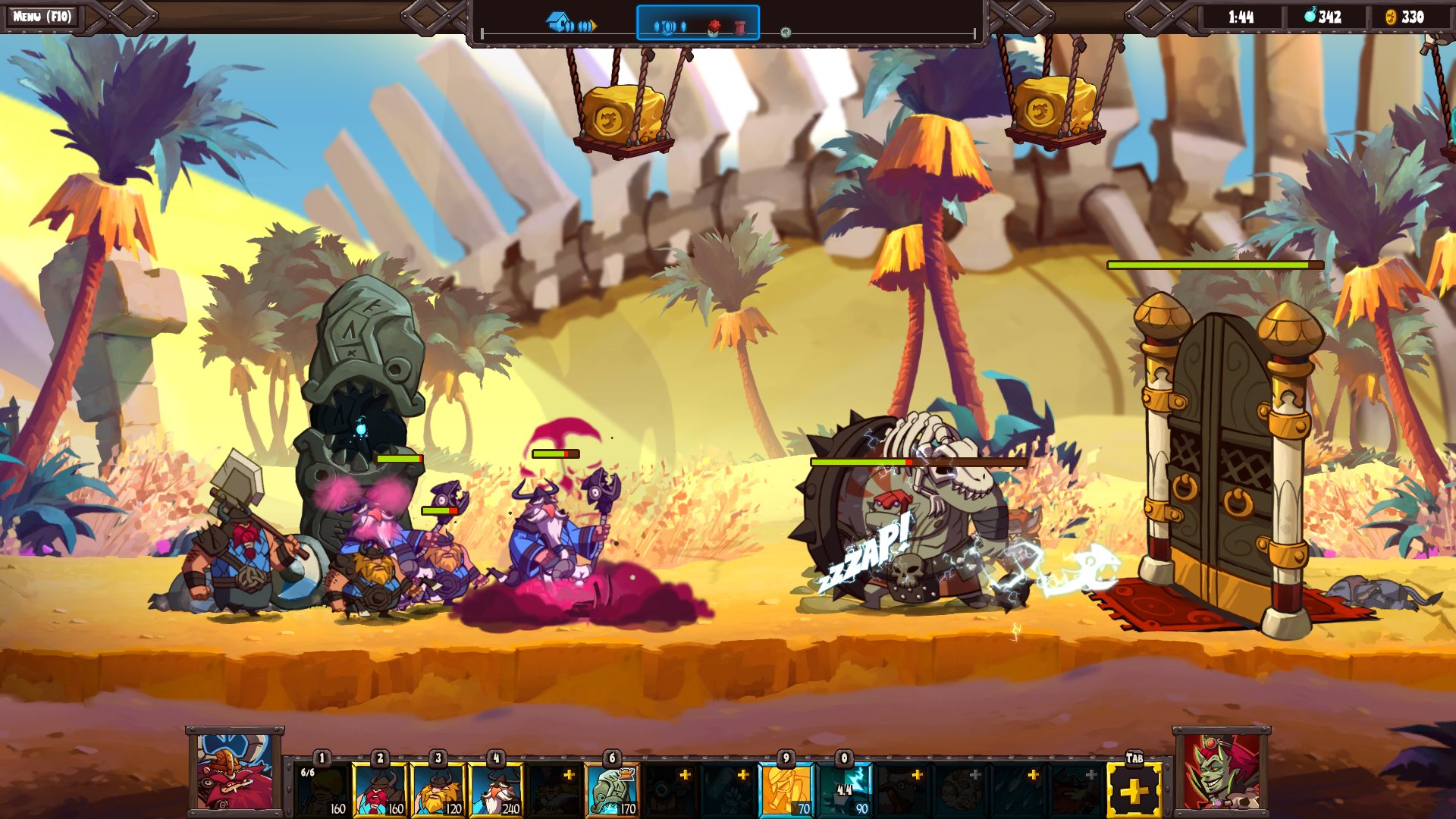 The full game this time!

Contests are the best: Enter for your chance to win a Steam copy of Swords and Soldiers 2.

We gave away a bunch of beta keys for this one — who redeemed one? If you did, then give yourself a pat on the back for helping the team over at Ronimo Games make sure everything was good to go for the full release.

You’ve tried the beta, now enter for your chance to win a full copy of Swords and Soldiers 2 Shawarmageddon!

If you somehow missed our first two posts, this side-scrolling RTS game from the makers of Awesomenauts is finally out now for Steam! Send troops to push back the enemy forces to take control of their base and annihilate their armies! Game features include:

To enter to win, comment below telling us who stole your shawarma. I know for a fact that my neighbor, Jerry, broke into my house while I was sleeping and stole it out of my fridge. I’m currently busy preparing the troops to send over to his house in a single-file line.

We have five Steam copies to give out. Winners will be drawn on Sunday, November 11. Make sure you comment using a Dtoid account that has your current email address on file. If I have to do any work to give you a free game, I’m sending my single-file soldiers after you once they’re done with Jerry.

Swords and Soldiers 2 Shawarmageddon is available now for Steam and PS4, with a Switch release on the horizon. Check out PC Invasion for more chances to win!