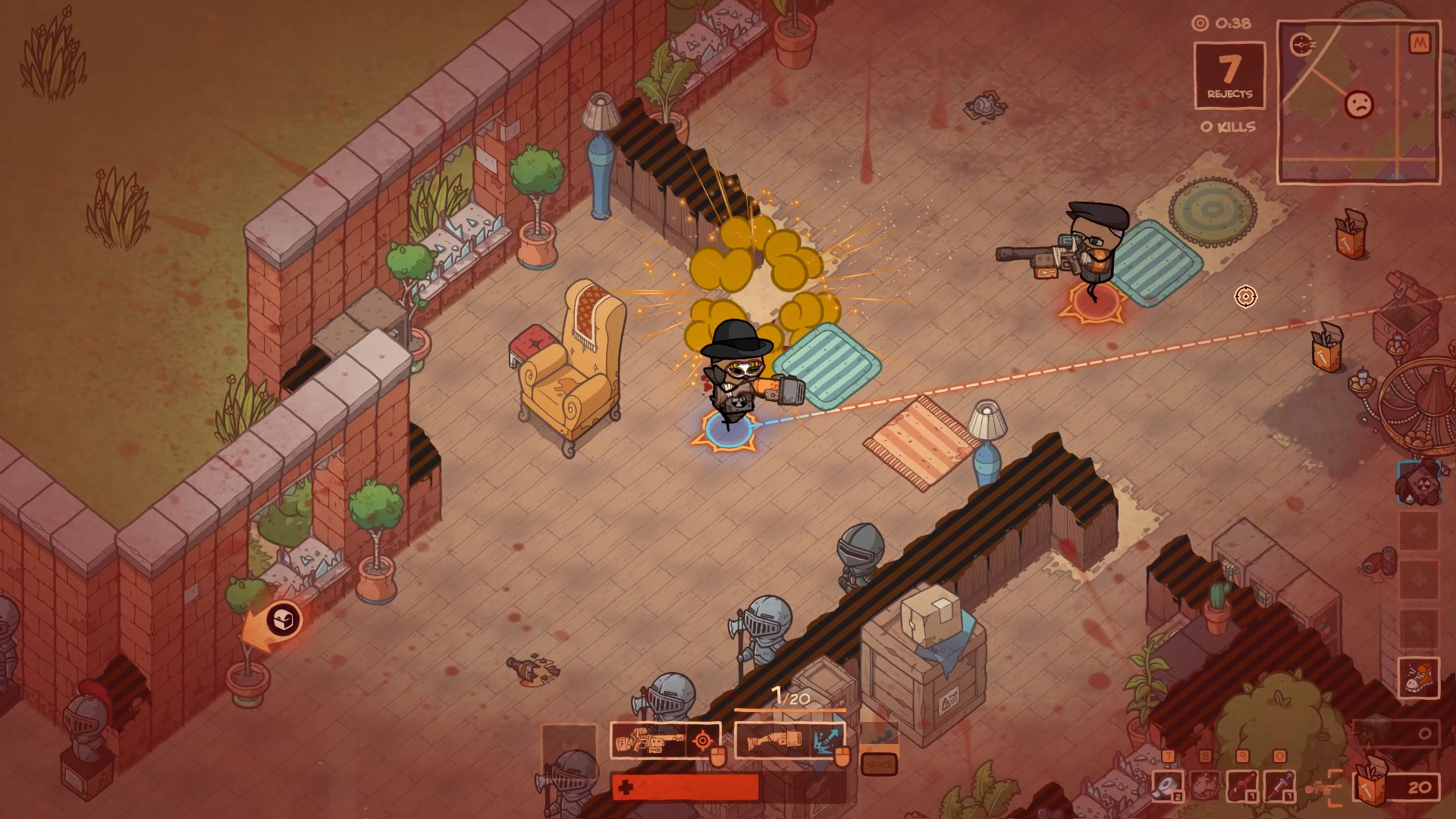 Don’t get left behind: Enter today’s contest for a Steam copy of Rapture Rejects.

Cyanide & Happiness is one of my favorite web comics. It goes from manic absurdity to cynical realism in the blink of an eye, and is always good for a share with me and my close group of friends. It stands to reason that once they made a video game, it’d look absolutely fucking hilarious.

So come win a copy of Rapture Rejects, the only video game featuring more obsession with genitals than Dtoid!

God created the heavens and the earth, the sky and the seas. Then He went and fucked everything up by creating man. After thousands of years of planetary regress at the expense of man’s “progress,” it’s time to pull the plug. Rapture Rejects is a battle royale title where the last player standing gets a one-way ticket to heaven, joining the angels, dogs, and possibly even a few other humans. Maybe.

This isometric competitive title is simply oozing with the style and humor of popular web comic Cyanide & Happiness, so if nothing else you know you’ll at least have a smile on your face as you’re impaled with the automatic fire of a pencil gun ending your bid for heaven and stamping your one-way ticket to hell. Featuring character customization, very stupid weaponry, and plenty of dick jokes, Rapture Rejects is pretty much the only battle royale game you need.

It’s the only one I’m really interested in, anyway.

To enter to win, comment below telling us why you didn’t get into heaven during the first round of cuts. One simple look through my post and/or comment history will tell you everything you need to know about why I got left behind. What can I say? Being a shit on the internet is just way more fun than spending eternity in heaven.

We have 10 Steam Early Access keys to give out. Winners will be drawn on Thursday, December 6. Make sure you comment using a Dtoid account with your current email address on file. If I can’t email you, I’m telling God to cross your name off his Nice list and add you to the Naughty side.

Rapture Rejects is available now via Steam Early Access. Head over to PC Invasion for more chances to win.