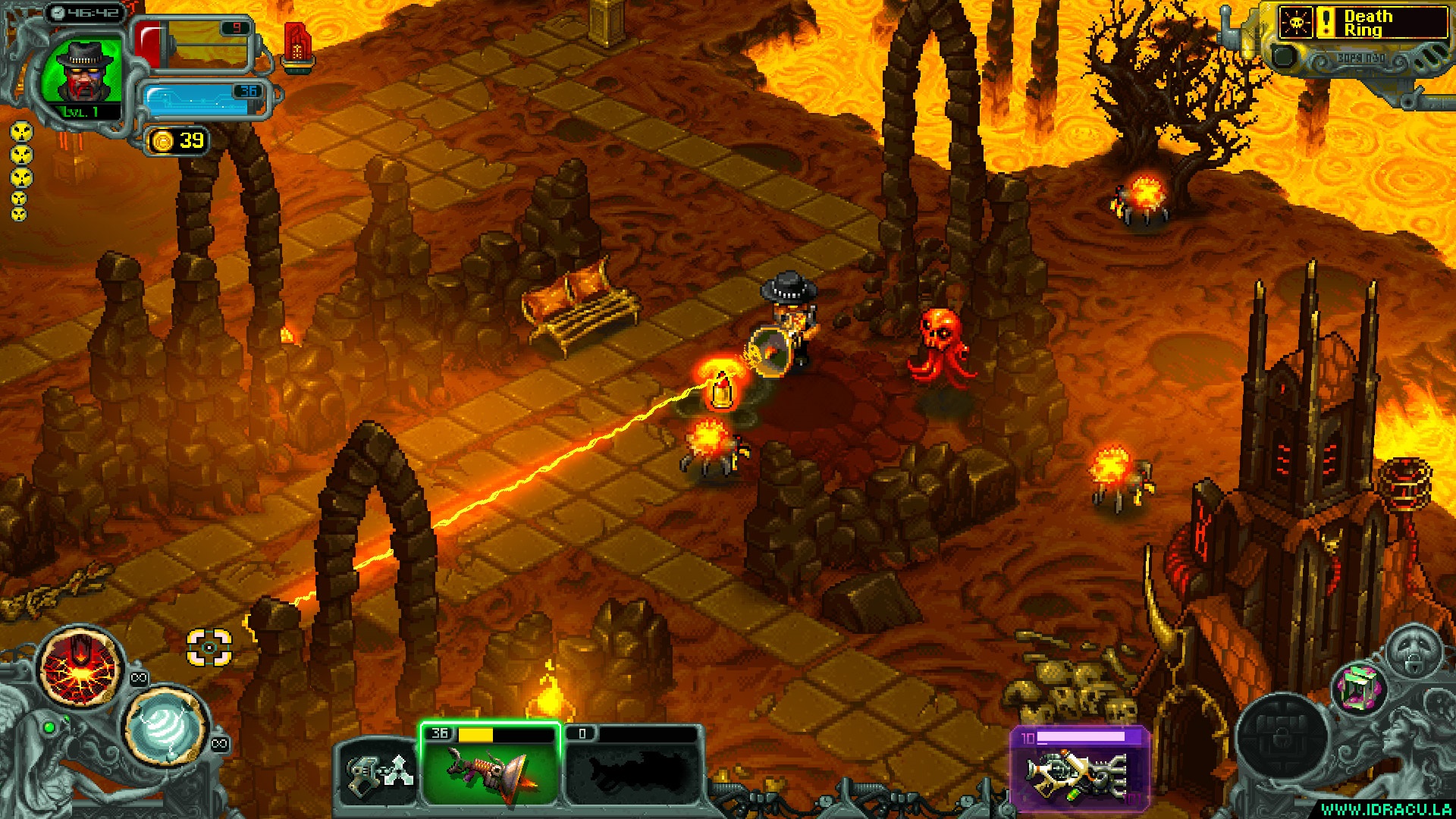 The world is a vampire

In today’s contest you can win a Steam Early Access copy of roguelike twin stick shooter I, Dracula: Genesis!

Ever since the days of Gauntlet, I’ve always enjoyed what has now become the twin stick shooter. It can be chaotic and difficult at times, but running around in circles like a madman avoiding enemy fire while taking ou baddies on all sides is just one of those pure “gaming” experiences that I just can’t stay away from.

Today, we’ve got Early Access copies of upcoming shooter I, Dracula: Genesis up for grabs so you can do your best Wes Tacos impersonation in a weird, nightmarish post apocalyptic world!

I, Dracula: Genesis is a twin stick roguelike shooter where mutation is the name of the game. You see, the world ended along with pretty much all forms of normal life; all that remains are monsters, aliens, demons, and so forth, and the genetically engineered hunters who must destroy them all. Currently in Early Access, the game features 5 playable heroes, 120 enemies, 20 bosses, and over 1,200 weapons, items, perks, and consumables — so there’s plenty going on in this relatively early stage of release.

Also, one of the heroes is a dude with a hand for a head. So, at least we’ve got that in our lives.

To enter to win, use the widget below to leave your name and email address. You can enter daily. For bonus entries, click around while you’re there and follow the instructions within. You can also head over to PC Invasion for more chances to win.

We have five Steam Early Access keys to give away; winners will be drawn Tuesday, June 2.

I, Dracula: Genesis is available now via Steam Early Access, with a full release planned for 2021.