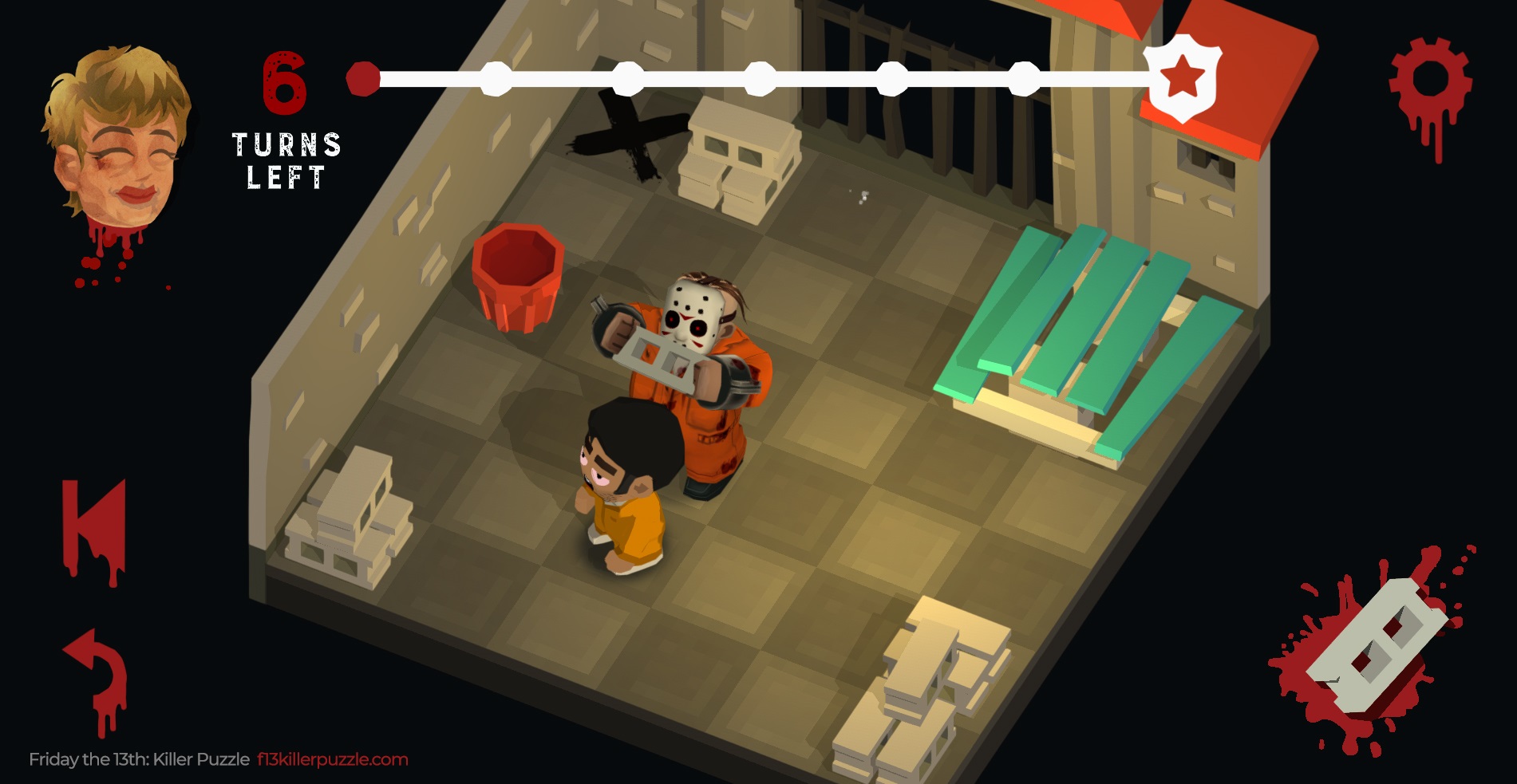 Enter our latest contest for your chance to win a Slayaway Camp/Friday the 13th Killer Puzzle prize pack for Switch!

I keep saying that there’s a disturbing lack of licensed puzzle games based off of iconic horror characters. Who wouldn’t want to methodically set traps and murder campers as classic scary movie villains?

People need to listen to me more often.

To prove it, we’re giving away Switch bundles of Slayaway Camp and Friday the 13th Killer Puzzle so you can plan your murderous adventures as Jason Vorhees!

Slayaway Camp is the puzzle-based homage to 80s slasher films we’ve all been missing in our lives. Stalk teenagers, party-goers, campers, and more across more than 300 levels of superviolence. Over 60 killers inspired by horror tropes and popular characters are your disposal in your mission to dispose of hapless victims! It’s the goriest puzzle game on the planet.

Except it’s not, anymore, because Friday the 13th Killer Puzzle exists. Take out your victims all the way from Camp Crystal Lake to outer space in the only game that lets you play as a puzzle-obsessed Jason Vorhees! I think. Level Jason up in over 150 missions as you unlock new costumes, weapons, and kills to increase your psychotic glee. Also, you can play in PG Mode to make it less horrible, and more cute!

We’re giving away three NA and three EU bundles of the two games combined! To enter, comment below telling us your region and your favorite kill from a horror movie. Since we’re on a Friday the 13th kick here, how could I possibly not say it’s the sleeping bag kill? You know the one. Someone will definitely post a gif on the comments. It’s so dumb and perfect that I don’t know why it isn’t recreated more in movies. It should probably be a Fortnite dance at this point. Get on it, everyone.

Our six total winners will be drawn on Friday, January 18. Please make sure you comment using a Dtoid-generated Disqus account, and that your account is up to date with your current email address.

You can grab both Slayaway Camp and Friday the 13th Killer Puzzle on the eShop. Head over to Nintendo Enthusiast for more chances to win!

Filed under... #Friday the 13th#Horror#Switch