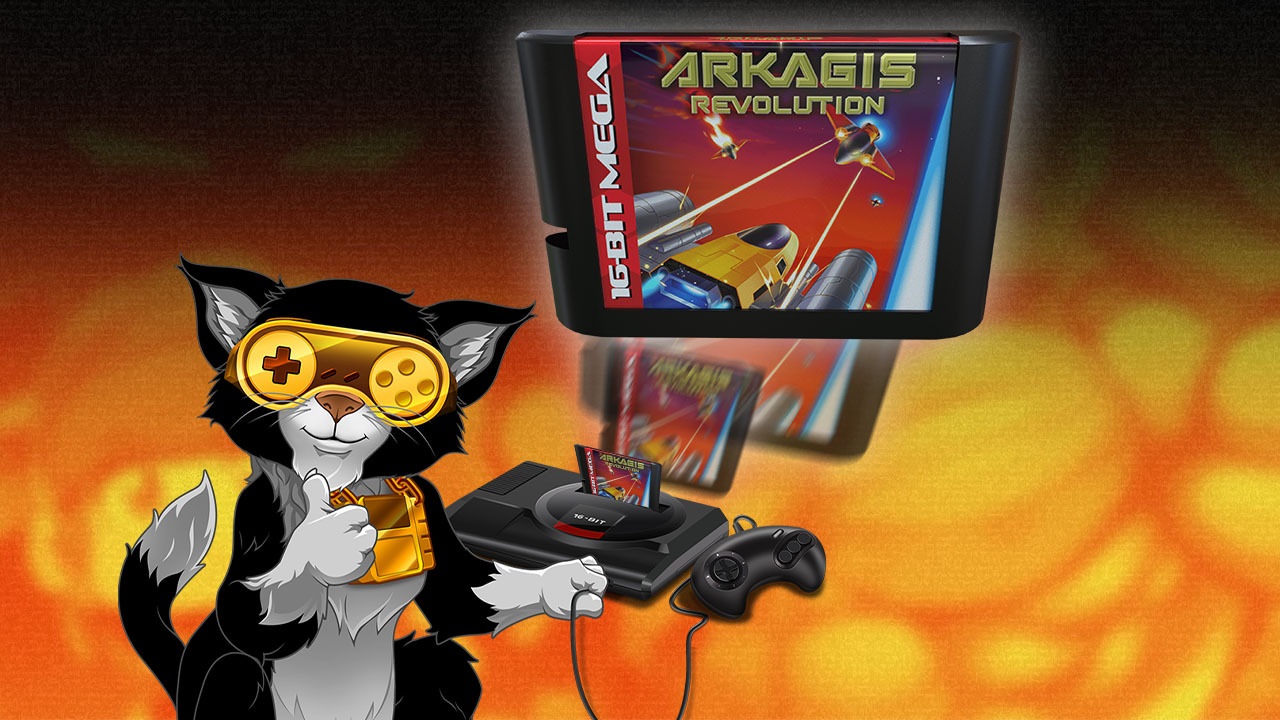 In today’s contest you can win a physical Sega Genesis contest of Arkagis Revolution from Mega Cat Studios!

I’ve given away a ton of stuff from Mega Cat Studios. You know why? It’s because they’re awesome! They make a buttload of cool original stuff, and manufacture sweet, working NES, SNES, and Genesis copies of retro games. It’s a cool setup.

They’re back on the grind with Arkagis Revolution, a Genesis-era top-down space shooter. Come win your copy and be the coolest, most mega-est cat on your block.

Arkagis Revolution is an arcade-style top-down shooter for Sega Genesis/Mega Drive with mode 7 style rotation! Hop into the ship and save Arkagis with the 68000 heart on fire! Speedrunners rejoice, we have a unique challenge for you!

Year 2612. Humans have started to travel space and colonizing other planets. For decades, the nation of Arkagis has been under the power of dictator. The United Space Colonies have sent an army to bring down the dictator and free Arkagis!

This is exactly the kind of game that would have kicked my ass back when I had a Genesis. Well done, team.

To enter to win, use the widget below to leave your name and email address. You can enter daily. For bonus entries, follow the instructions within.

We have one Genesis copy of the game to give away; our winner will be drawn Monday, July 27. As this is a physical prize, you must have a United States shipping address in order to win.

Check out Arkagis Revolution, and dozens of other awesome retro and current titles, over at Mega Cat Studios.