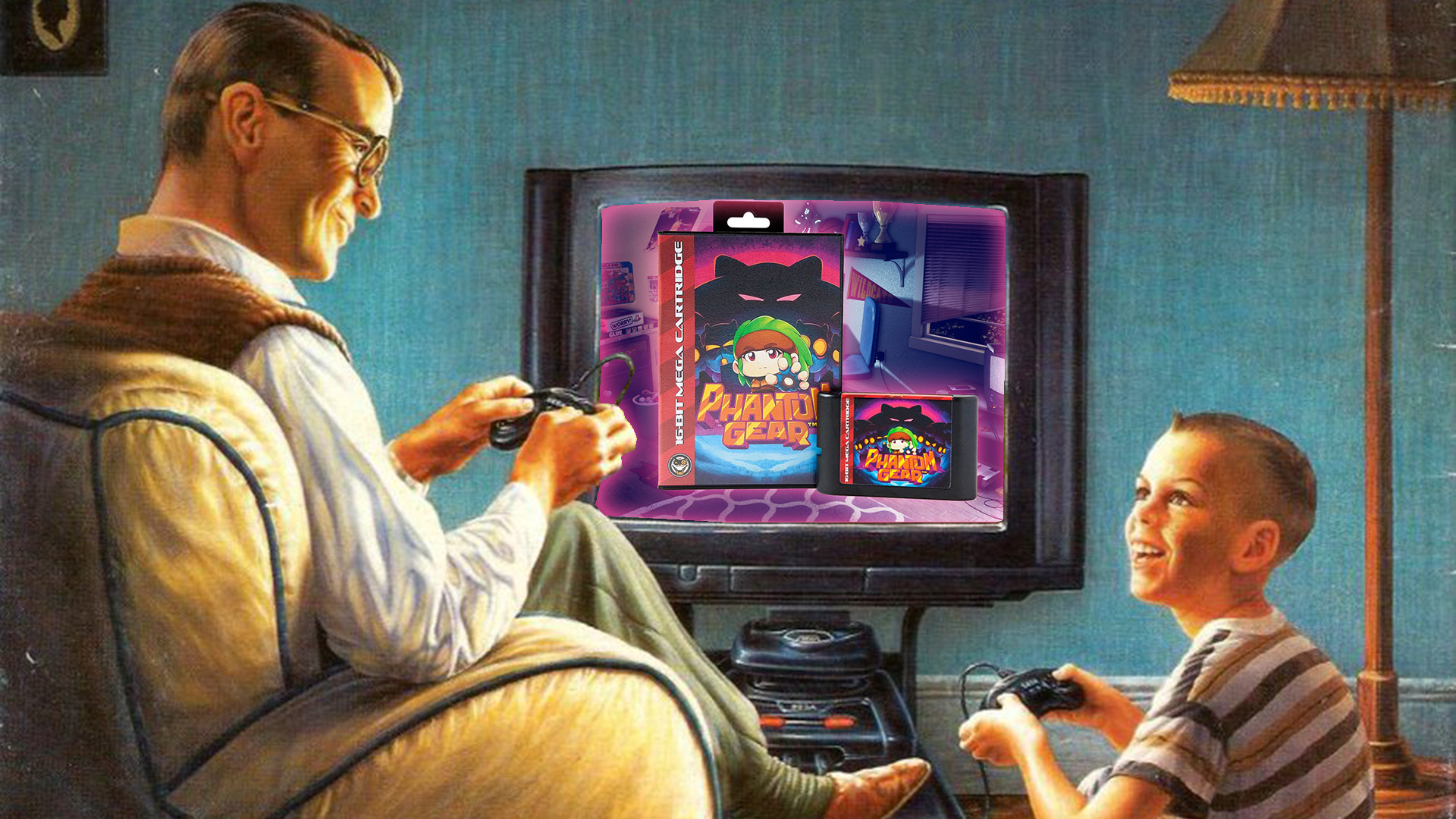 Enter our contest for your chance to win a Sega Genesis cartridge for Mega Cat Studios’ upcoming Phantom Gear!

I’ve done a few giveaways already with my good friends over at Mega Cat Studios. Wanna know why? They put awesome retro-inspired games on ACTUAL retro consoles! It’s a really cool business model, if you ask me.

They’ve got a physical release of Sega Genesis-inspired title Phantom Gear in the works, and they thought why not let Dtoid get in on winning a copy? Since contests are kind of my thing, I jumped at the opportunity.

Run, jump, and blast your way through classic 16-bit platforming in this Genesis-style release from developer Bits Rule and publisher Mega Cat Studios. You’re Josephine, a mechanically-enhanced explorer out to avenge her mother’s death at the hands of the Ocular Force. Guide Josephine through five retro levels filled with platforming, enemies, and bosses as you double jump, glide, and shoot your way to the end. Upgrade her abilities with orbs you find throughout the levels, and switch between different weapons with multiple modes of fire.

I grew up as a Sega kid, so full disclosure: I’m really biased toward the Genesis look and style. It really brings me back to that golden age of gaming on Saturday afternoons without a single care in the world. This one really nails that feeling!

To enter to win your very own Genesis copy of Phantom Gear (complete with case and freaking game manual — remember those?), use the widget below to leave your name and email address. You can enter daily. For bonus entries, follow Dtoid and Mega Cat Studios on Twitter and share our contest post with your friends.

While you’re waiting to see who won, tell us your favorite kind of game from the 16-bit era. Were you a platformer fan? Into RPGs? Couldn’t get enough NBA Jam, like me? Let us know!

We have one Sega Genesis copy of the game to give away. You must have a United States shipping address in order to win. Winner will be drawn Friday, August 2.

Phantom Gear is currently in development, with a full Genesis cart production from Mega Cat Studios over 80% of the way funded on Kickstarter.