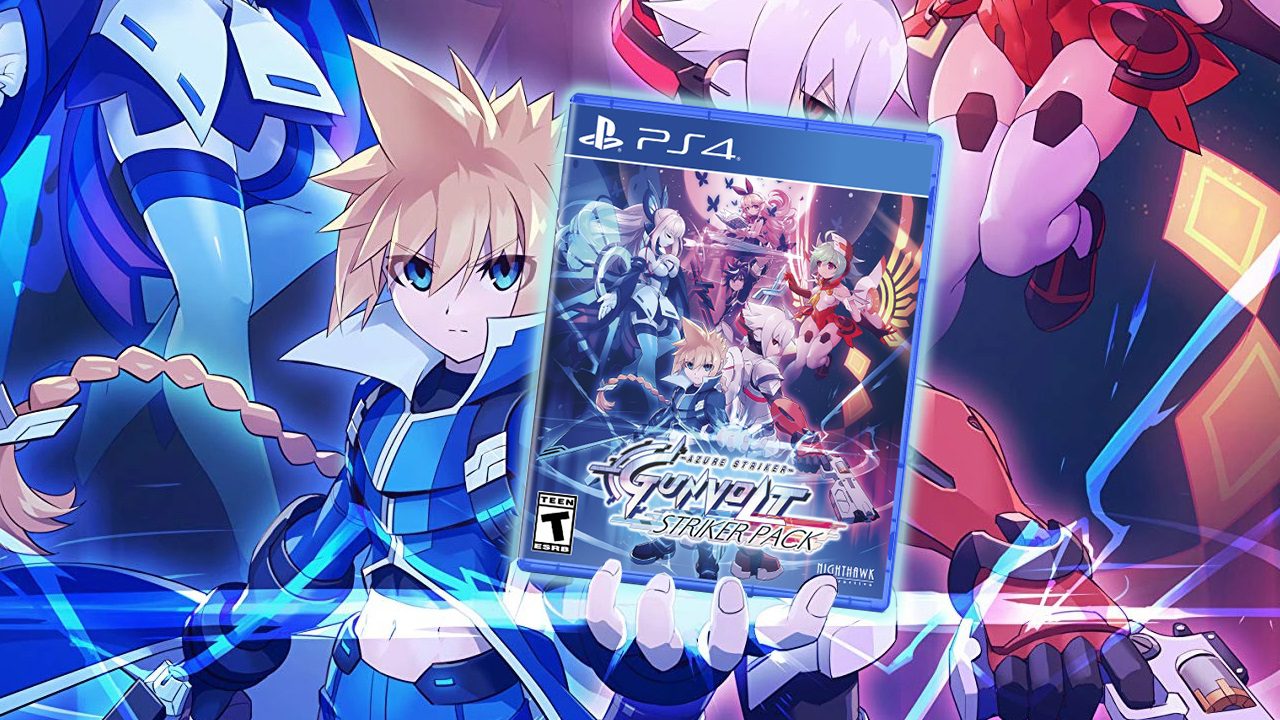 Look at all the explosions

You can win a physical PS4 copy of Azure Striker Gunvolt: Striker Pack in today’s contest!

When it comes to anime-style stuff, I’m completely out of my element. Sometimes I think I’m the only gamer who falls under that affliction, but whatever; if y’all like it, then I’ll keep giving it away!

I’m going to do my best to describe this based on what I saw in the trailer. So you’re a couple of different anime people and you have lightning powers that let you stick to walls, as lightning powers are wont to do. It also lets you run with a silhouette and make a big blue ball around you that lets you absorb bullets. Or maybe it negates them, I’m not sure. Anyway, you’re really pissed at a bunch of different robots and then they explode as kanji flies all over the screen. Here are some details about the package!

I think I nailed the description on this one!

To enter to win your copy, use the widget below to leave your name and email address. You can enter daily. Click around for ways to earn bonus entries to help increase your odds of winning!

We have two physical copies of the game to give away; winners will be drawn Wednesday, July 8. As this is a physical prize, you must have a United States shipping address in order to win.