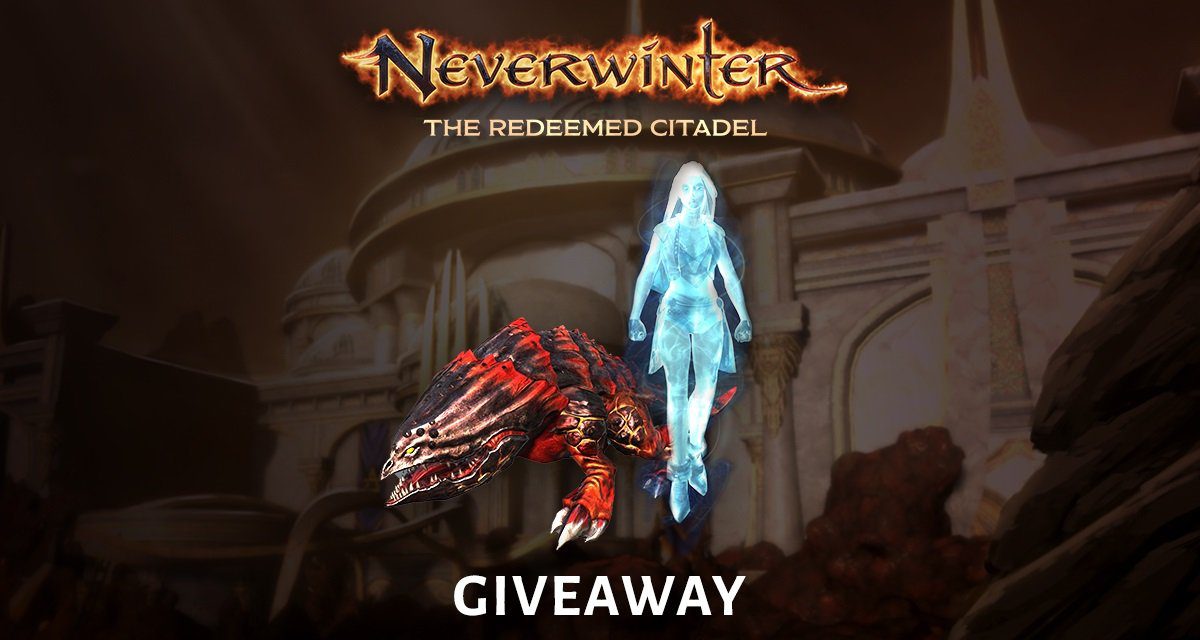 Featuring a mount and a spooky ghost friend

In today’s contest you can win a Pack of the Carmine Bulette for Neverwinter!

MMOs are off putting to me because of one simple thing — the “massive” part. Way, way too many people for me and my anxiety to deal with! I stick with single player games out of necessity.

That’s good for you, though, because that’s one less person who can win this Pack of the Carmine Bulette set for Neverwinter! Though that ghost companion is pretty tempting…

A little about Neverwinter, and its most recent DLC The Redeemed Citadel:

Neverwinter is a free-to-play action MMORPG that features fast-paced combat and epic dungeons. Players explore the vast city of Neverwinter, the Sword Coast, and beyond, learning the vivid history of the iconic city in the Forgotten Realms and battling its many enemies.

To access The Redeemed Citadel, a level 80 character and the completion of the Avernus campaign and Mote of Virtue storyline is required. For Redeemed Citadel progression, Neverwinter players had to work together to reach four major milestones and reforge the citadel. Players contributed to the reconstruction of the bastion of angelic strength by assisting Zariel with slaying fiends, completing Heroic Encounters in Avernus, completing Holy Register of the Deputation Quests and by doing Weekly Challenges. Weekly Challenges had players slaying demons, locating treasure, or traveling to past dungeons in an effort to gain Zariel’s Favor, a currency that can be exchanged for various goods.

I may not play this game, but I’m definitely a level 100 character at procrastinating.

We’re giving away the Pack of the Carmine Bulette, which features:

To enter to win, use the widget below to leave your name and email address. You can enter daily. Click around for bonus entries, and be sure to hit up PC Invasion to double your odds!

We have 15 keys to give away, to be used on the PC version, only; winners will be drawn next Tuesday.

Neverwinter is out now as a free-to-play title.

Dtoid Contest: Win a Neverwinter Pack of the Carmine Bulette set for PC