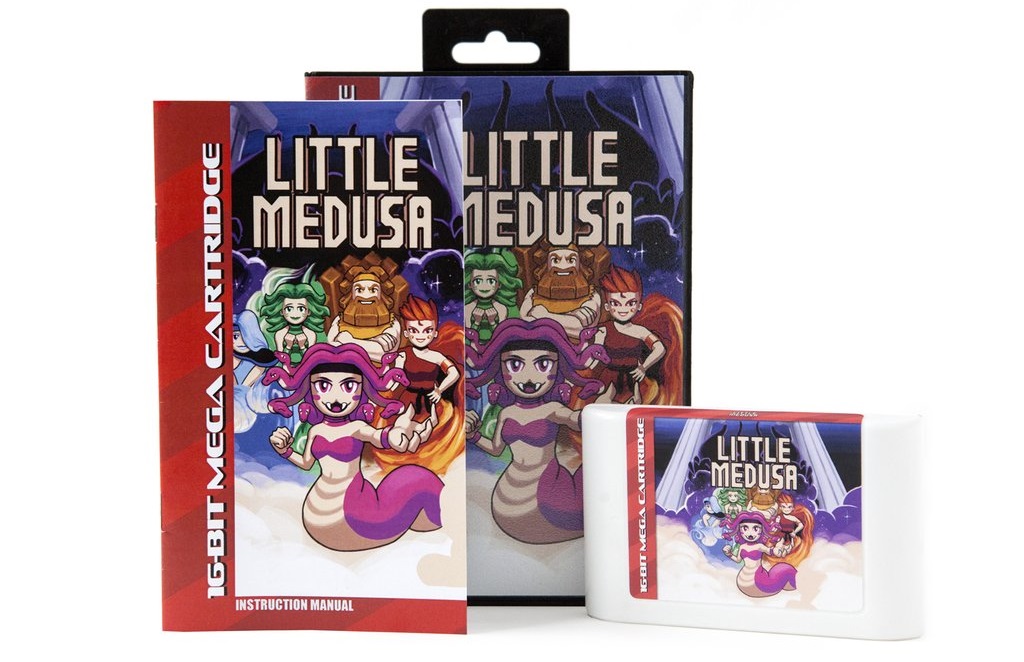 Games these days, am I right? It’s all downloads and teraflops and megawatts and gigabytes. What happened to the good old days when you could buy a game at a store, read the instruction manual on the way home, pop it into your console, and immediately start playing? Let’s bring those days back.

Retro developer extraordinaire Mega Cat Studios is bringing back the glory days of gaming with their exclusive run of physical games designed for the NES, SNES, and Sega Genesis platforms. They want to share those glory days with you, the Destructoid crowd, by giving out a Sega Genesis copy of their new game Little Medusa, just for being the best gaming community on the internet!

In Little Medusa you will have to take back Mount Olympus from the Titans, who have escaped their eternal prisons and transformed Artemiza, a young goddess, into a gorgon. Now she must petrify enemies, solve puzzles, and dodge traps in her battle to save the realms of the gods.

Get your hands on this limited physical run by commenting below with what mythical creature you’d like to be turned into, and how you’d reap vengeance on those devious Titans.

One lucky winner will be drawn on Wednesday, August 15. This contest contains a physical prize, and as such, is limited to USA residents. Please make sure you have a Dtoid account with your current email address on file so we can actually get a hold of you if you win.

For more on Mega Cat Studios and their slew of other awesome physical releases for retro gaming consoles, check out their online store. They’ve got a bunch of cool stuff, so give ’em a look!