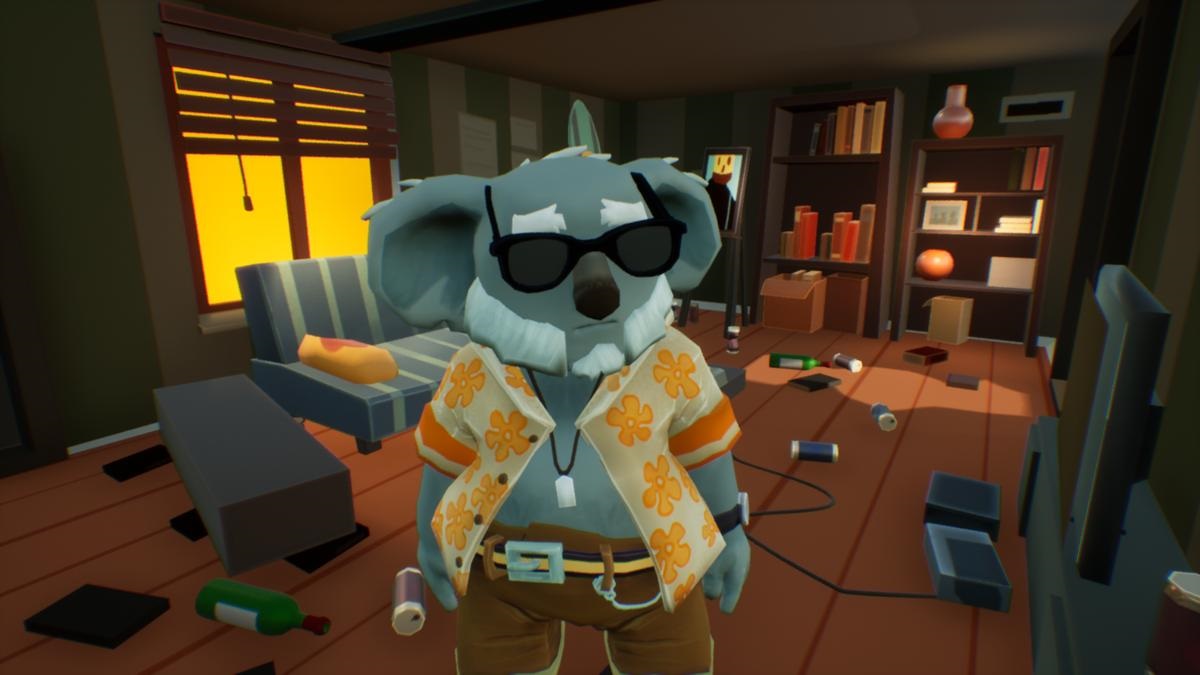 Life sucks sometimes. Kick back and enjoy a free Steam game! Enter our contest for your chance to win Stone: A Hip-Hop Stoner Noir.

It doesn’t happen very often, but from time to time I get press for a game that perfectly gels with my personality. It usually contains a lot of profanity and a ridiculous pitch that’d be a tough sell for your average gaming site. This sort of thing allows me to let loose and match the tone of the game, meaning I can say the F word and stuff in a giveaway post!

This is one of those games. Check out Stone — it’s a self-described hop-hop stoner noir, and I’ve got 15 keys to give out! Fuck yeah!

Meet Stone, a fat, lovable, kind-of-an-asshole koala who just woke up hungover as dick. All he really wants to know is just what the fuck happened last night, and where the fuck his bae, Alex (a lorikeet, no less), got to. Thus, his adventure begins as he goes around town trying to put the pieces of his night back together. You’ll encounter kooky and foul-mouthed animals of Oldtown as you interrogate citizens, play minigames, and watch public domain movies on your television.

I’m going to copy and paste this next bit because I love it:

Take note, devs: If you want me to notice your game, put a shit-talking koala detective in it and make him a degenerate like me.

Our friends at Convict Games want to know: What the fuck happened to you last night? Comment below with your tale of debauchery, lewdity, or all-around dipshittery to enter for your chance to win. I watched Halloween while drinking white wine on the sofa. Wait that’s not crazy at all. Shit, guess I can’t win. 🙁

Our 15 winners will be randomly drawn on Friday, September 28. Please make sure you comment using a Dtoid-generated Disqus account, and that your email address is up to date in your profile. If I can’t email you, you’ll miss out on an alcoholic fat koala detective. That blood will be on your hands.

Stone is available now on Steam.