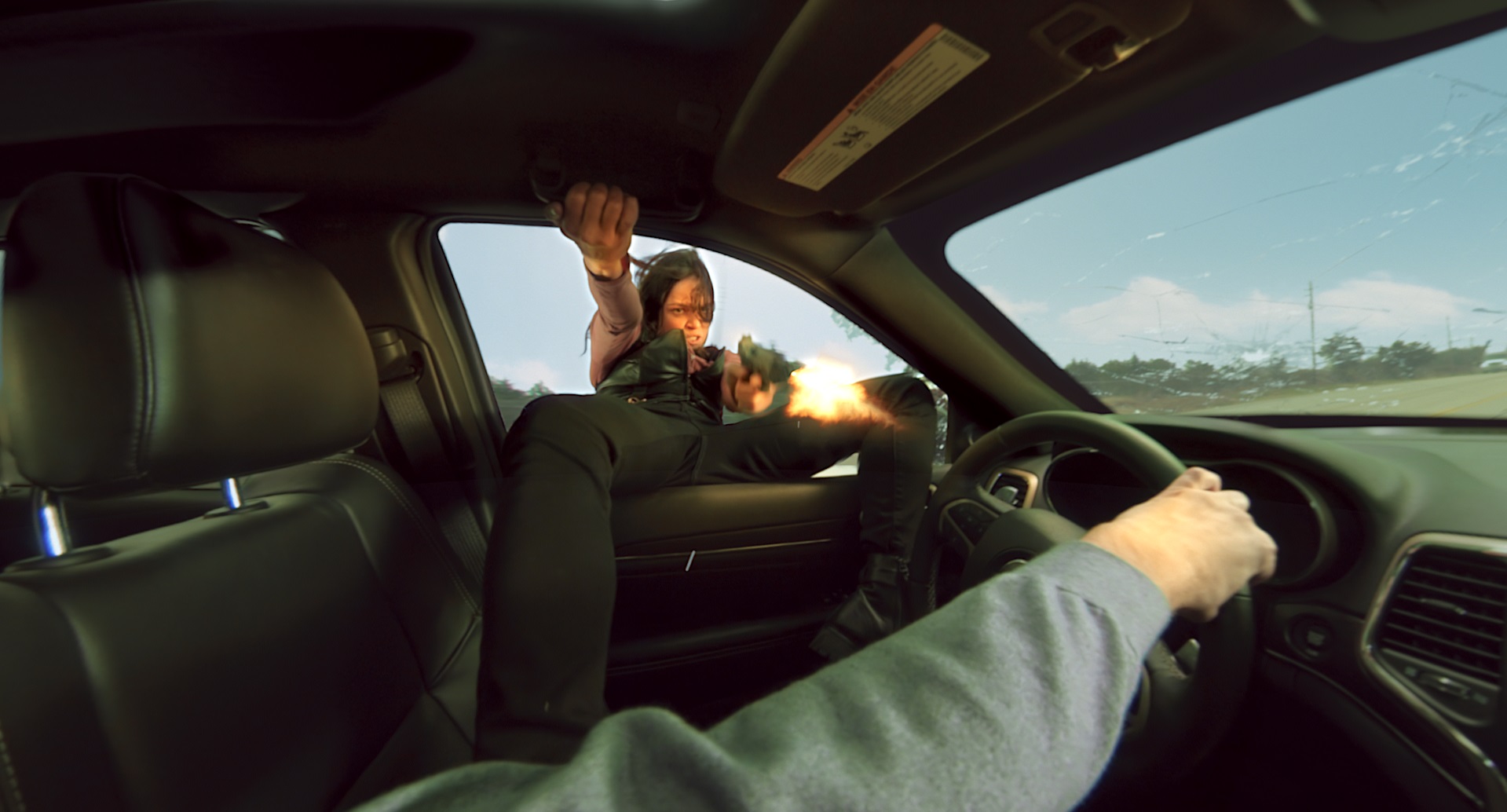 Get into the action with this contest: Win a copy of Robert Rodriguez’s The Limit.

Did you know they started making movies in VR? I had no idea. It’s kind of cool, and also a little intimidating. What if everything goes to VR, and the only way I can drink coffee is in a virtual world where the thrills are high but the caffeine is low?!

Let the future take you, friends. Robert Rodriguez made a VR movie called The Limit, and we’re going to give you a copy!

Read some professional writing about The Limit while I try and wrap my antiquated head around this whole thing:

Enter a new world of storytelling in this blockbuster “immersive cinema” experience from visionary filmmaker Robert Rodriguez (Sin City). As a rogue agent with a mysterious past, you enlist the help of enhanced super-assassin M-13 (Michelle Rodriguez) to retrieve your identity and strike against the deadly organization that created you. Also featuring Norman Reedus (The Walking Dead), THE LIMIT will put you inside a high-octane 20-minute action movie like you’ve never seen!

Every now and again I have this dream where Michelle Rodriguez beats the hell out of me, and I gotta say it’s one of my favorites. Yowzas.

To enter to win, comment below telling us the experience you most want to have in VR. I would say to try to keep it clean, but I think a VR movie where Michelle Rodriguez beats the hell out of me sure would be a trip! Oh wait, I’m giving that movie out. Well, looks like I got what I wanted.

We have two copies to give out — your choice between Steam, Oculus Go, and Oculus Rift. Winners will be drawn on Friday, December 14. Make sure to comment using a Dtoid account with your current email address on file. If I can’t email you, I can’t share more of my weird dreams with you.