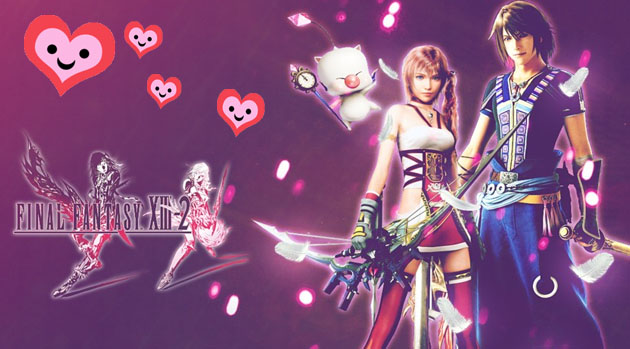 Today is the dreaded love day (or Mass Effect 3 demo day, as put by Ali D). So My Valentines gift to you all is the chance to win one of three copies of Final Fantasy XIII-2 on either Xbox 360 or PlayStation 3. It came out at the beginning of the month and despite the previous game not impressing many people, this one is genuinely an enjoyable Final Fantasy title. Check out Dale’s review if you don’t believe me.

So all you have to do is tell me who you would like to go on a date with from the Final Fantasy universe (can be from any game) and where you would take them. The more creative the better! I think I would have to go for Cloud or more recently Noel from this game as I think he is just so dreamy…

The contest will end on Thursday at 5PM UK time and the winners will be contacted directly. Contest is open to United Kingdom residents only. Good luck!

–The contest has now ended and the winners have been contacted–