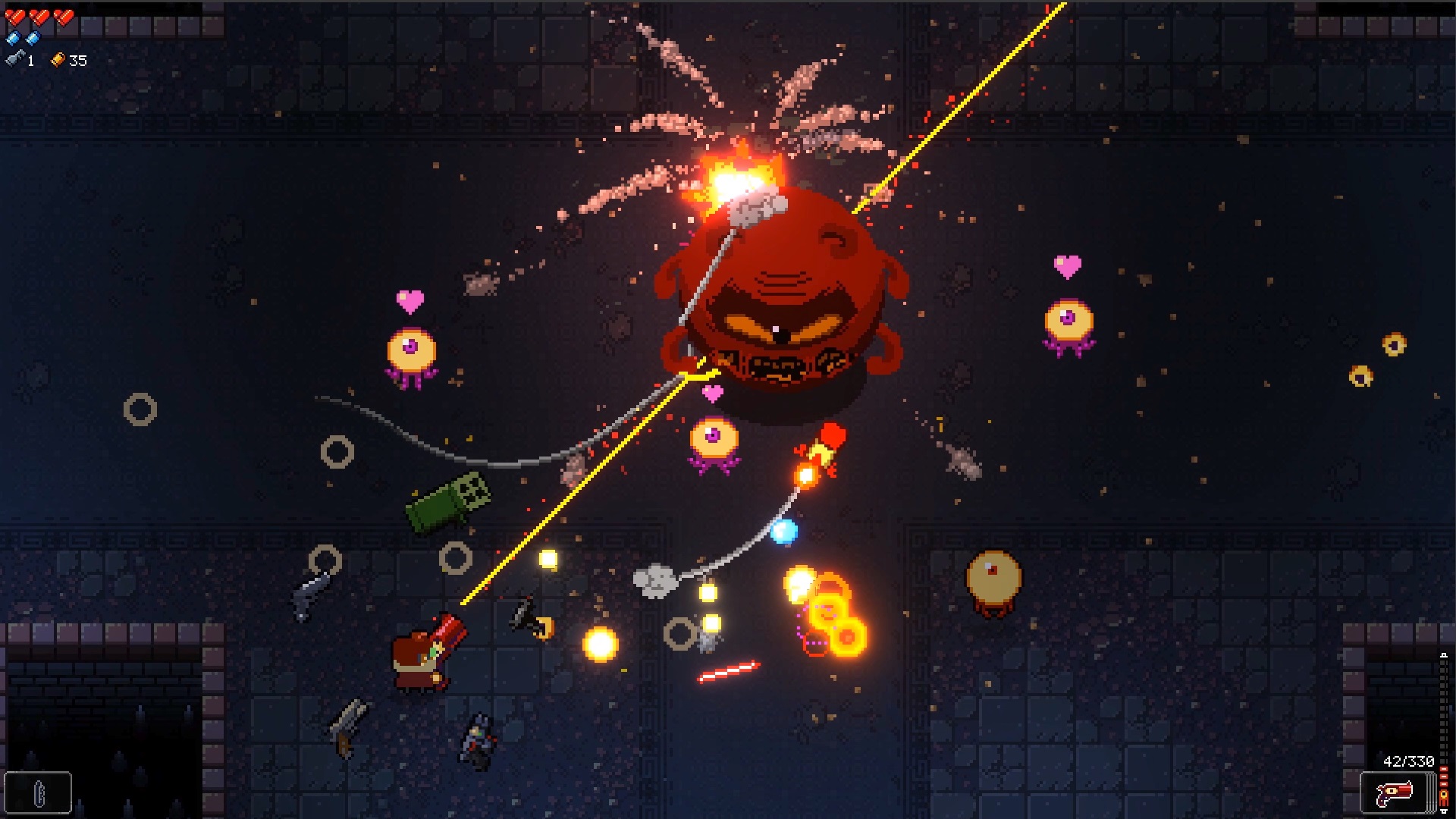 Get locked and loaded for today’s contest: Win a Switch or Steam copy of Enter the Gungeon.

Did you know Enter the Gungeon has been out for over three years now? Dude, time flies when you’re having fun. And dodging endless streams of bullets. And shooting the crap out of everything in your way.

Dodge Roll Games has been updating the game with free DLC all the while, baby. A Farewell to Arms is the last big piece of content, and we’re celebrating its release by giving out a bunch of copies of the complete package!

A Farewell to Arms brings brand new content to the already overstuffed game. Two new playable characters, The Paradox and The Gunslinger, add a new dimension to the core experience. Dozens of new items and weapons make an appearance along with a new hidden floor and secret boss to kick your very well-armed ass. And Rainbow Mode! There’s a Rainbow Mode now! Add trippy colors and effects to the ow it burns my eyes make it stop!

Whew, that Rainbow Mode sure is something.

To enter to win your copy, comment below telling us your platform of choice and what strange things you saw when Rainbow Mode activated. First, it was only colors. Then, it was a complete and total lack of color. Then, nothingness incarnate. The physical manifestation of nothingness took its shapeless, impossible form before my very eyes. As I reached out to it for comfort, it smiled, beckoning me to join it in the void. Then it farted, so I was like, “Dude, gross.” Now I’m back at my desk. What a trip.

We have seven Switch NA and seven Steam keys. Winners will be drawn on Friday, April 12. Make sure you comment using a Dtoid account, and that your current email address is on file. New users can sign up here to tell us what Rainbow Mode made them see!

Enter the Gungeon is available now for PC and Switch. Head over to PC Invasion and Nintendo Enthusiast for more chances to win.