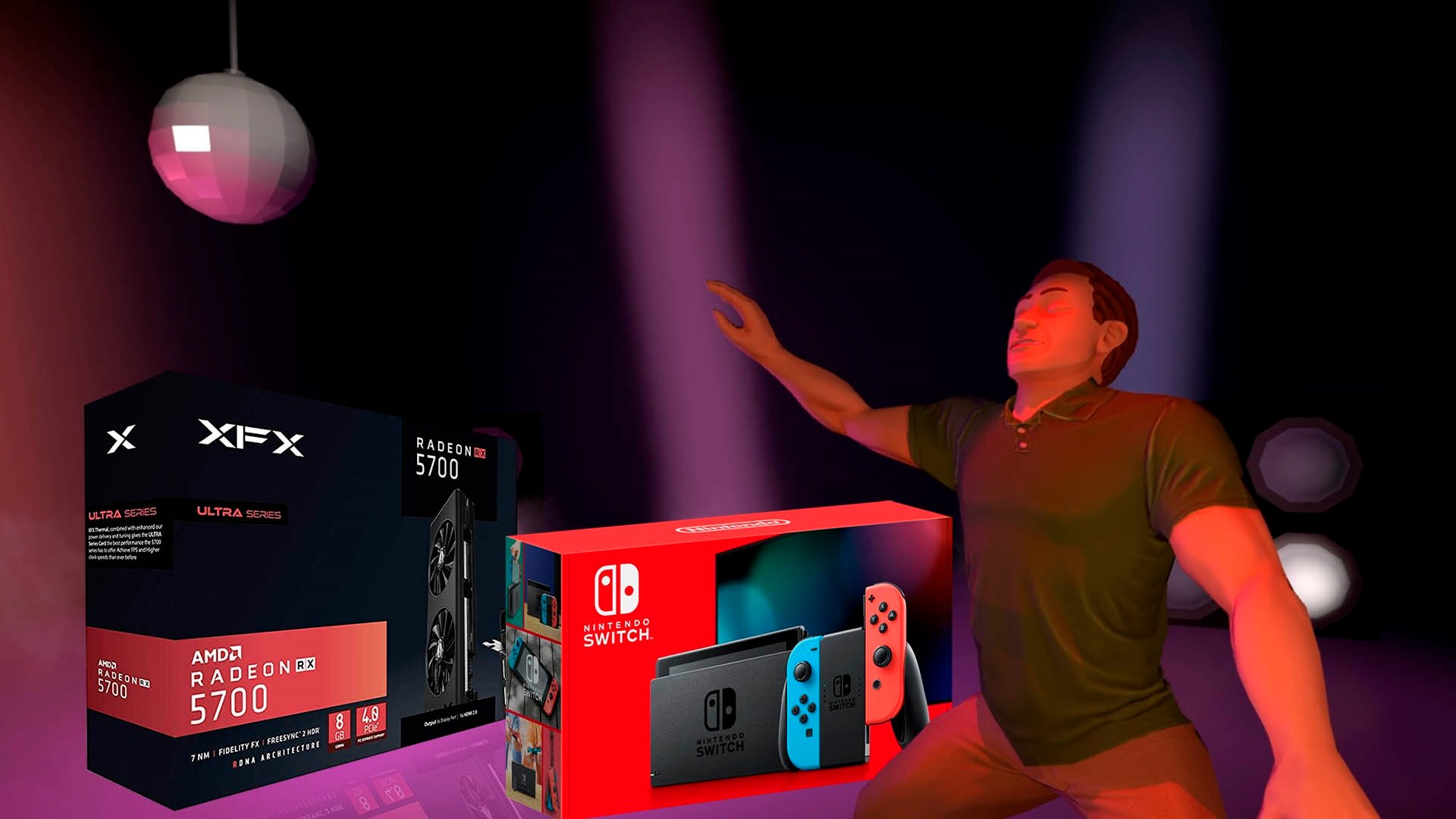 I legit love this game

In today’s contest, we’re giving away a brand new Switch console or an XFX graphics card, as well as copies of the game, courtesy of Speaking Simulator!

Yes. Oh, yes. I’ve been waiting for this one for a while now, since when I first reported on it in Getting Weird with Wes (RIP). And now, it’s finally here. Not only is it finally here, but it’s finally here with even more gifts: Free shit to give you guys!

Speaking Simulator is finally out. Finally! We’ve got a brand new Nintendo Switch, as well as an XFX Rx 5700 graphics card, to give away. Oh, and of course, copies of the game. I think I’m in love.

I’m not going to ruin this with too many words — just watch the trailer. It’s pretty got-danged glorious. You’re a robot intent on conquering helping humanity, and of course to do this you must infiltrate their ranks. Learn the mysterious skill of vocal communication using your tongue, teeth, and other moist and fleshy robo-bits. Start with forming words, move to forging relationships, and maybe even become a world leader with your newfound talking ability! It’s all pretty normal human stuff.

This is one of those games that if you don’t think it’s the greatest thing ever, we can’t be friends anymore. There’s a lot riding on this one, dude.

Use your human salivary glands to drip from the mouth over these prizes!

A brand new Switch console, complete with a Speaking Simulator custom skin! Weird! With your brand new Switch you’ll be able to conquer humanity on the go while also weirding everyone out who sees you playing it!

A fancy new graphics card! I don’t know much about components or graphics cards or anything, but I’m told this XFX Rz 5700 sure is nifty. Check out the Amazon listing for all the specs and whatnot, but it costs more than the Switch, so I’m sure it’s good. It’ll help you to pick up that pesky speaking thing, if nothing else, so you can finally assimilate into the humans.

Ok, to enter to win just apply using the widget below. Name and email, blah blah blah. Just make sure to specify which grand prize and runner-up prizes you want. I also like to sprinkle ways to gain bonus entries in there, so just fidget around in that widget.

We have one grand prize winner for the Switch console, one for the graphics card, and the extras for the keys listed above. You must have a United States shipping address in order to win the grand prizes — winners will be drawn Monday, February 10.

Speaking Simulator is my jam, and it’s available now for Steam and Switch.