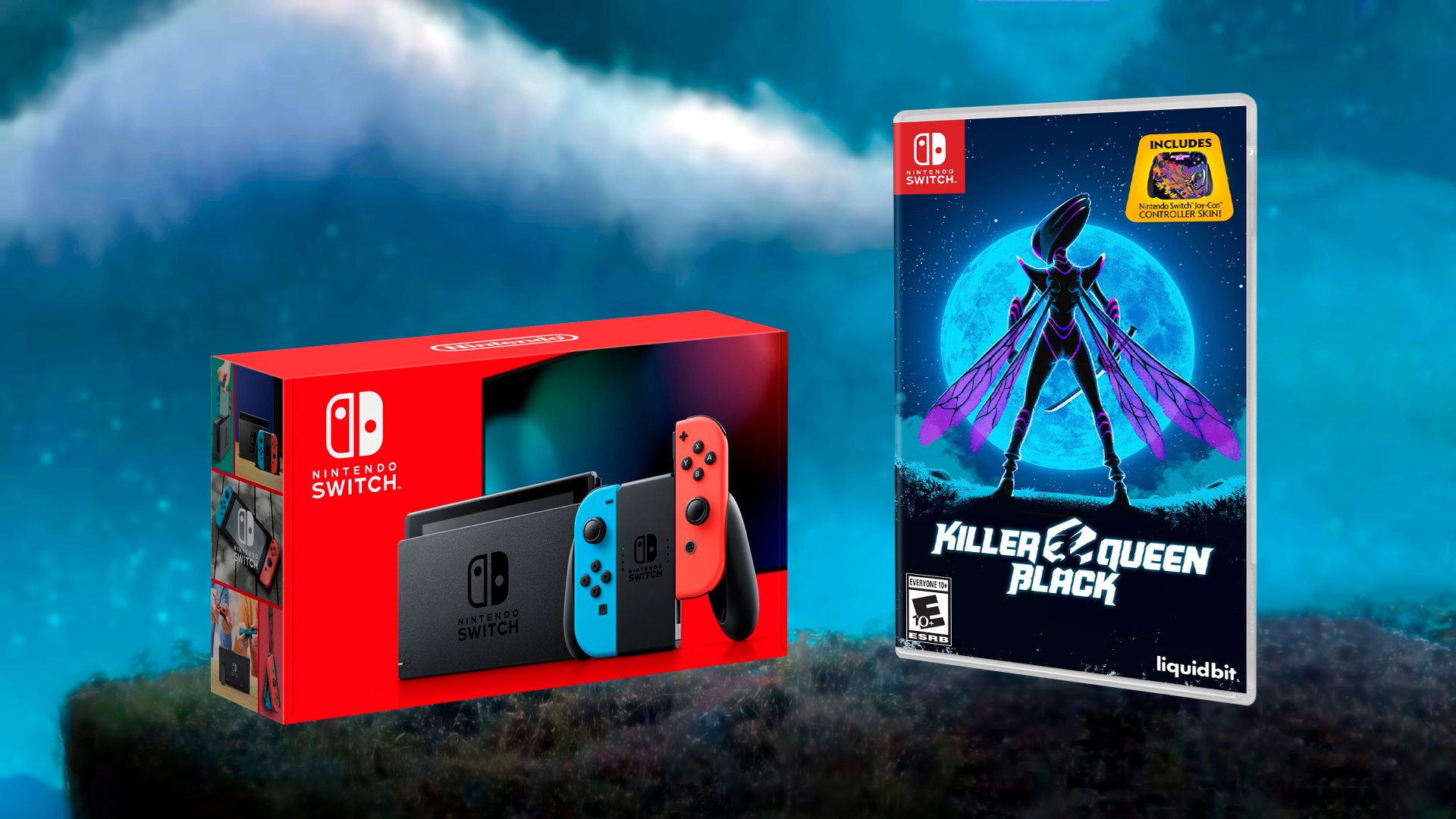 Plus a copy of the game AND t-shirt!

Today’s contest is a doozy — win a brand new Switch console, a physical copy of Killer Queen Black, and a t-shirt!

I’ll let you read more specifics on the game in Kevin’s review, but there’s a lot going on, here. You have an army of bees, or bugs, or something, and have to defeat the opposing army by either killing their queen, collecting all the fruit, or hilariously riding an incredibly slow snail across the screen. It’s pretty simple to pick up and play, but difficult to master as you have to manage like nine different things at once. Plus, it’s pretty neat-looking, so there’s that!

Buckle up, because there’s a lot going on with this one. Here’s a breakout of our prize pool:

So, to enter just leave your name and email address in the widget below. You can enter daily. Also make sure to specify whether you’d like a Switch physical copy as a runner-up prize, or a digital Steam key; all users will automatically be entered in for the grand prize. For bonus entries, follow Dtoid and Killer Queen on Twitter, and share our contest post with your friends.

In order to qualify for the physical prizes (console, Switch copies) you must have a United States shipping address. Winners will be drawn Friday, October 25.