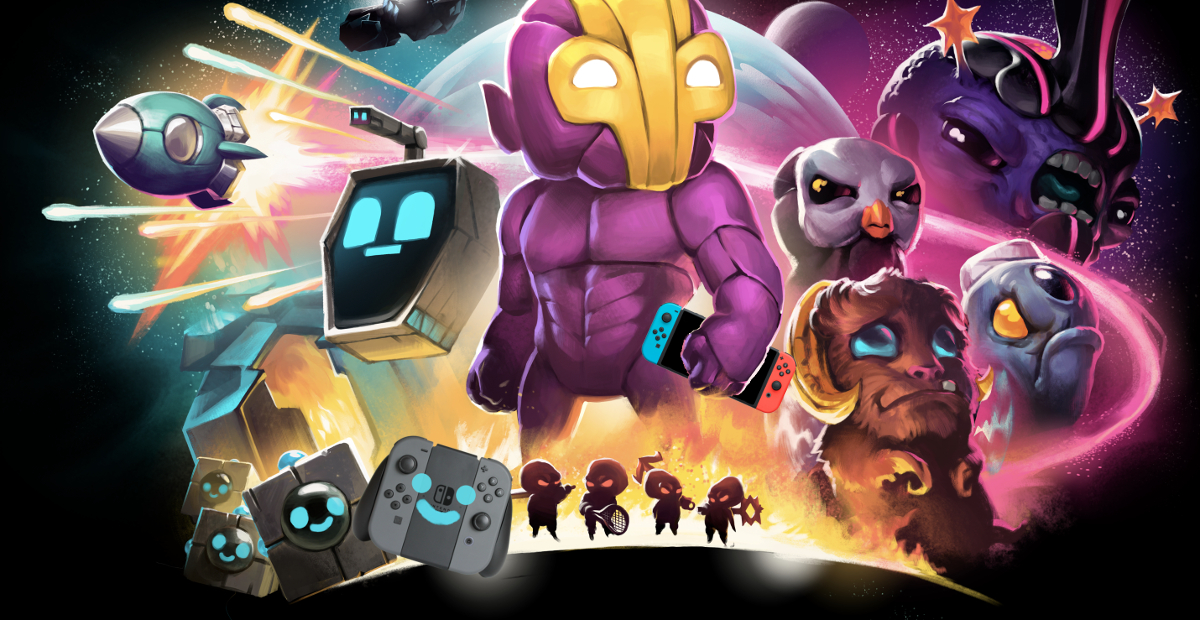 And a key for their new game Crashlands

[Sorry for the confusion, y’all. Contest is back to standard format!]

Watch out for this contest: Win a brand new Switch console and a copy of Crashlands.

If you haven’t heard, Butterscotch Shenanigans released their hit game Crashlands on Nintendo Switch last week. Isn’t that awesome?! It is awesome. Don’t argue with me.

To prove how awesome it is, the team is giving away a brand new Switch console with a custom Crashlands skin and a copy of the game. A BRAND NEW SWITCH! Come win it, damn it!

This game was developed by a team of 3 brothers, Adam, Seth, and Sam Coster, after Sam was diagnosed with stage 4b Lymphoma (cancer of the lymph system) in late 2013. It’s been the thing that kept Sam truly living during the cancer treatments, even when he relapsed in late early 2015 and had to go through two stem-cell transplants to kill the damn thing.

The game blends crafting and adventure with a frictionless sense of exploration, all achieved by removing the concept of INVENTORY and INVENTORY MANAGEMENT from the game. The inventory of Crashlands is infinite and self-managing, meaning players spend the vast majority of their time interacting with the world and not moving things around in menus.

Then there’s the epic story about the galactic trucker who just wants to deliver her damn packages, but has her wants thwarted by a megalomaniacal alien, Hewgodooko, and ends up getting entangled in a world’s worth of problems. There are multiple alien races on display and 50,000+ words worth of story (that’s a small book).

Here’s what we’re giving away:

All you have to do to enter is to comment below telling us where you’ll play Crashlands on your brand new Switch. Apart from the toilet, obviously. That’s too lowbrow for the obviously high-caliber humor we’ve come to expect here on Dtoid. We’re better than that. Honestly.

These are physical prizes, and thus winners are limited to the United States. Winners will be drawn on Sunday, November 18.

Crashlands is available now on Switch and PC from Butterscotch Shenanigans.