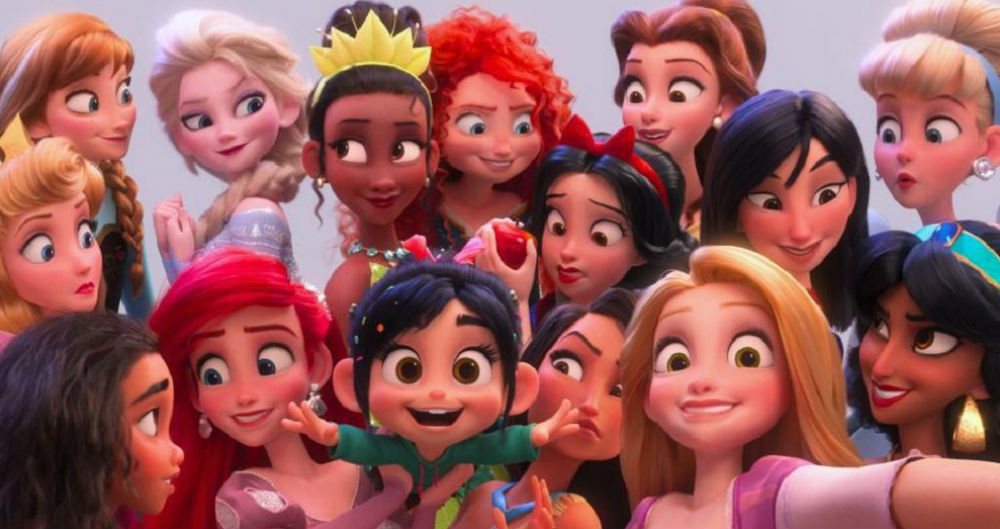 Help fix the internet with our contest for a Blu-ray copy of Ralph Breaks the Internet.

I’m 32, but I’ll admit it: I still like Disney movies. I don’t care who knows it. Aladdin is one of my favorites, and The Princess and the Frog did some really cool stuff with New Orleans. That one’s underrated, to me.

Ralph Breaks the Internet does a good job of repping those two favorites of mine — just check the header! We’ve got a Blu-ray copy to give away, so come win it!

If you’re somehow unfamiliar with the movie, here’s some words for ya!

Ralph Breaks the Internet welcomes back favorite cast and characters introduced six years ago, including John C. Reilly, who provides the voice of Ralph, and Sarah Silverman, who returns as the voice of Vanellope. Lending a virtual hand to Ralph and Vanellope is Shank, voiced by Gal Gadot, a tough-as-nails driver from a gritty online auto racing game called Slaughter Race, a place Vanellope wholeheartedly embraces — so much so that Ralph worries he may lose the only friend he’s ever had.

Yesss, voiced by Taraji P. Henson, the head algorithm and the heart and soul of the trend-making site BuzzzTube, makes Ralph a viral sensation. Jack McBrayer and Jane Lynch return as the voices of Fix-It Felix Jr. and Sergeant Calhoun, respectively, and Disney Animation’s good luck charm, actor Alan Tudyk was called on to voice a search engine named KnowsMore — literally a know-it-all — who runs a search bar and helps Ralph and Vanellope on their quest. Lots of exciting cameos are also featured in the film including a scene that reunites all of the original (living) Disney Princess voice cast.

To enter to win a copy, use the widget below to leave your name and email address. You can repeat daily for additional chances to win. For bonus entries, follow Dtoid and Flixist on Twitter and share our contest post with your friends.

While you’re waiting for a winner to be drawn, tell us in the comments your favorite Disney princess. Mine’s definitely Jasmine — she’s the best! And she has a pet tiger! And she seduced Jafar to trick him! She’s bae.

We have one Blu-ray copy to give away between Dtoid and Flixist. Since this is a physical prize, shipping is restricted to the United States. Our winner will be drawn on Wednesday, February 27.

Ralph Breaks the Internet will be available on Blu-ray and digital on Tuesday, February 26, wherever movies are sold.

Contest: Win a Blu-ray copy of Ralph Breaks the Internet

Filed under... #Animation#Blu-ray#Disney#Film or TV