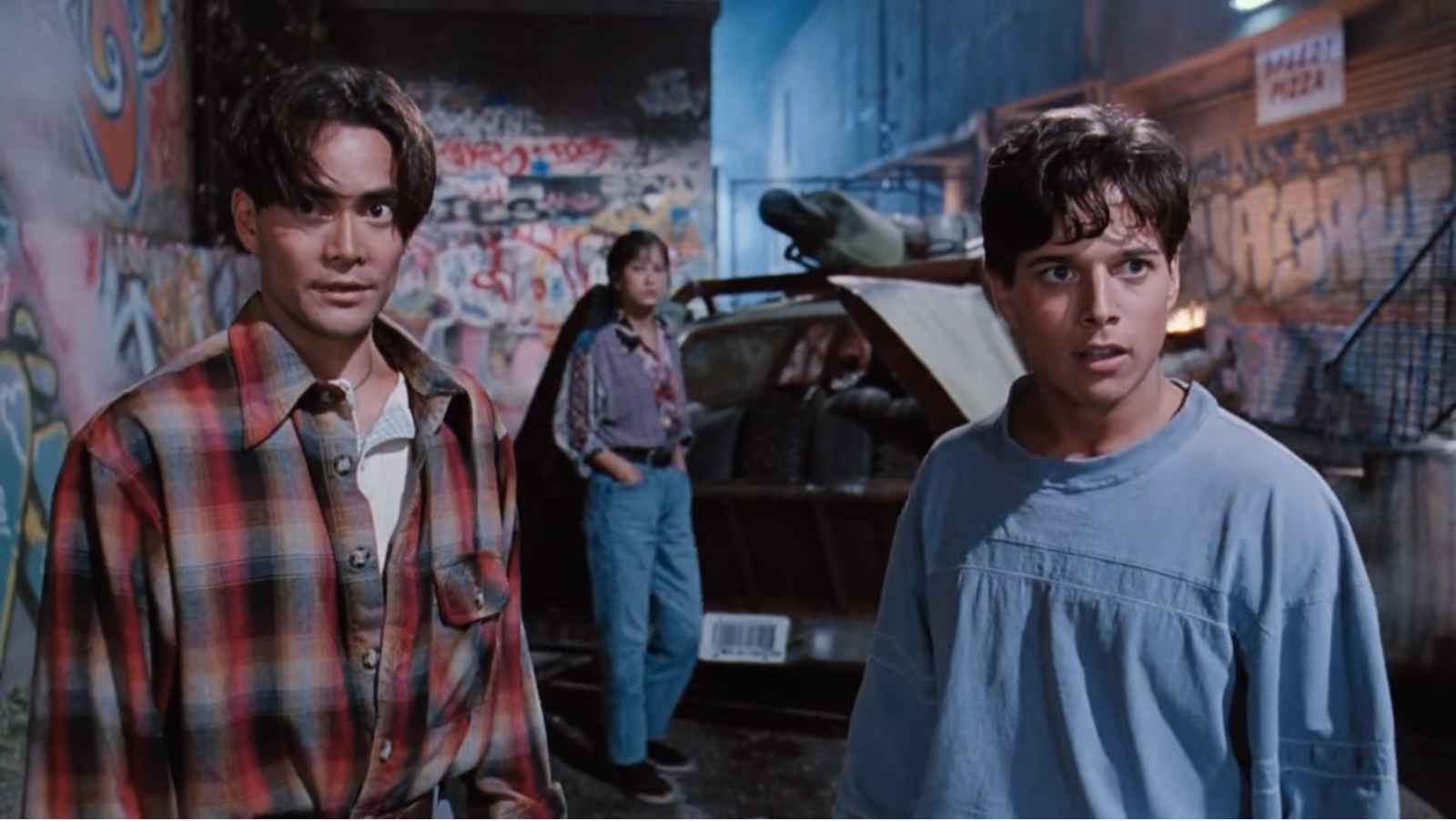 Just shut up and enter this contest to win a Blu-ray copy of Double Dragon.

I’M WRITING IN ALL CAPS BECAUSE I HAVE LEGITIMATELY BEEN WAITING MONTHS FOR THIS CONTEST. SERIOUSLY, I’VE BEEN COUNTING DOWN THE DAYS.

I’ll cool it with the caps lock, but dudes, really, I love Double Dragon. It’s awful and great and terrible and wonderful, and I want you to have this movie. Just enter my contest, already!

Normally I’d put some press material or some bullshit here, but I’m not going to do that today. I’m instead going to tell you how much I love this movie. The video game it’s inspired by didn’t make a whole lot of sense to begin with (something something Bimmy’s girlfriend got kidnapped by a gang? Who cares, you just punch people), but this movie took that pretty basic concept and absolutely ran with it. It’s a whole futuristic neonpunk dystopian nightmare of a film that’s done about as competently as a fine china showing in a wrecking ball factory, and it’s all the better for it. The dude from Party of Five beats up Robert Patrick and a mime gets kicked in the nuts in the trailer. It’s incredible. The movie ends on a bad driver joke. It inspired a video game based on the movie, based on the video game. It’s truly a disasterpiece. and one of my favorite movies of all time.

Legit, I love this movie. If you comment below saying it’s not great, I’ll come find you and beat you up. Scott Wolf style. Bad action choreography and everything.

We have two Blu-rays to give away. Winners will be drawn on Monday, February 11. Make sure you comment using a Dtoid-generated Disqus account, and that your account is up to date with your current email address. New users can sign up here to say nice things about Double Dragon, one of my favorite movies.

Double Dragon is one of my favorite movies. You can buy it from my friends over at MVD Entertainment Group. Hit up Flixist for more chances to win this gem of a film.

Filed under... #Blu-ray#Film or TV