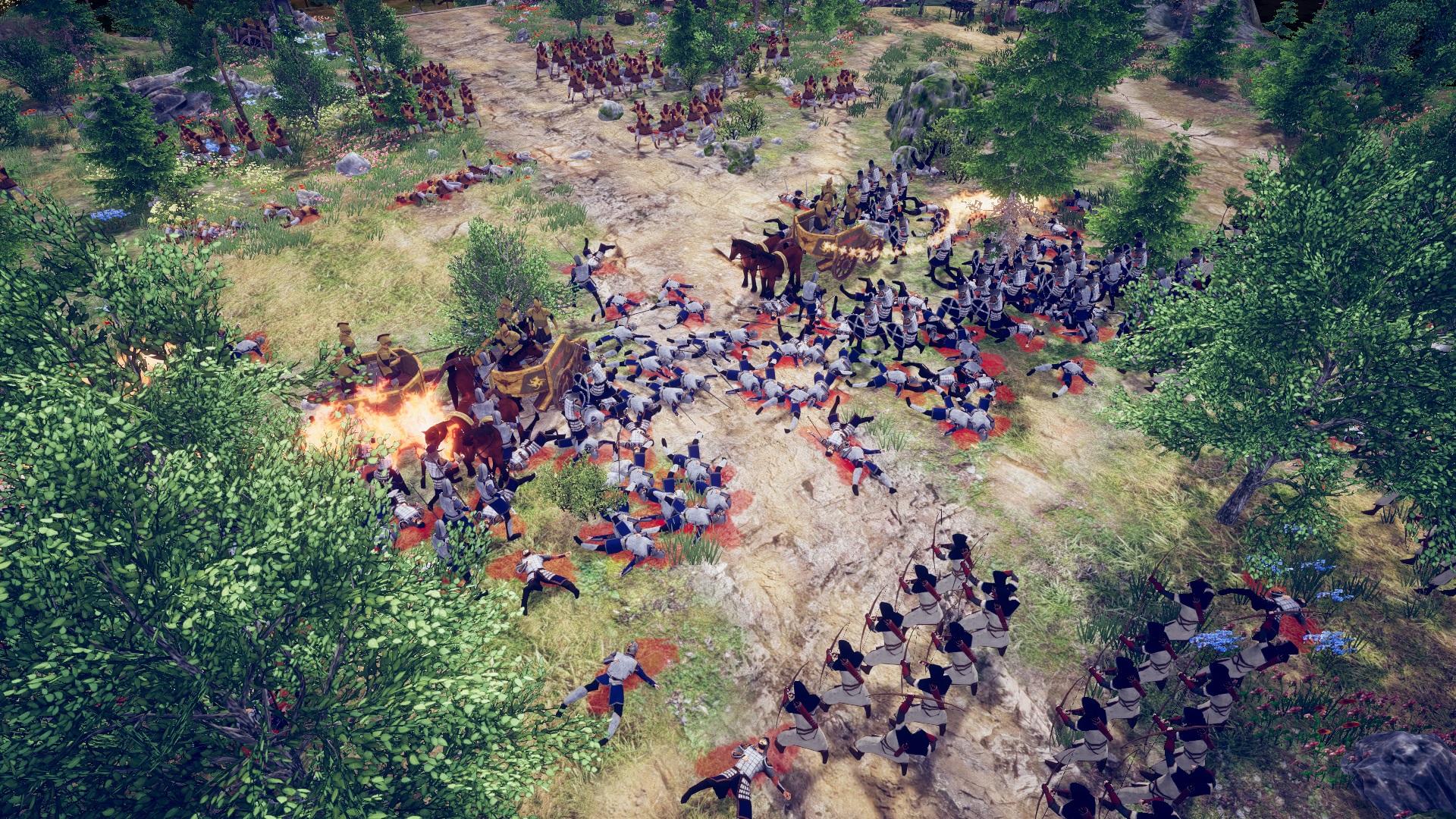 I’m the least strategic person on the planet. If some people consider themselves a step ahead of the rest, I’m at least five steps behind. It’s why I prefer checkers to chess — far fewer chances to screw up. That’s me, alright.

For those of you who do tend to lean towards planning ahead, we’ve got a nice RTS available for you! Taste of Power sees an alternate Medieval timelines where Europe, China, and the Middle East are all at war for basically that whole giant mass of land over there. Do you have what it takes to conquer the world?

I’m terrible at this genre so I’ll let the devs tell you about it.

Taste of Power is a real-time strategy game set in alternate medieval times, where you fight for one of 3 factions – Europe, China, or the Middle East. In our version of history, nations clash for global dominance. The continent is an epic battlefield, so you’ll have to build cities, recruit troops, study new technologies and wipe out your opponents. Your nation needs a proper commander!

Tactics are essential in Taste of Power. The numbers of your enemies’ troops don’t mean much if you meet them with a proper artillery battery. Engineering power has no limits here, as you can build mobile defenses to protect strategic positions. Build underground tunnels to move your forces across the battle lines faster and surprise your opponent!

The whole thing is giving me anxiety having to plan ahead, execute said plans, and actually succeed at the whole affair. Y’all can take this one without me.

To enter to win, comment below telling me what, exactly, power tastes like. Does it taste like a protein shake? A vitamin-packed veggie wrap? Maybe the shopping cart handle at the grocery store? Before this virus, I used to love tasting them to see what flavors were there. Can’t do that, these days. It’s a real shame.

We have five Steam keys to give away; winners will be drawn Wednesday, April 8. Make sure to comment using a Dtoid account with your current email address on file. If you don’t have an account, sign up here to describe powerful flavors to me.

Taste of Power is available now on Steam, complete with Mostly Positive reviews! Head over to PC Invasion for more chances to win a key.