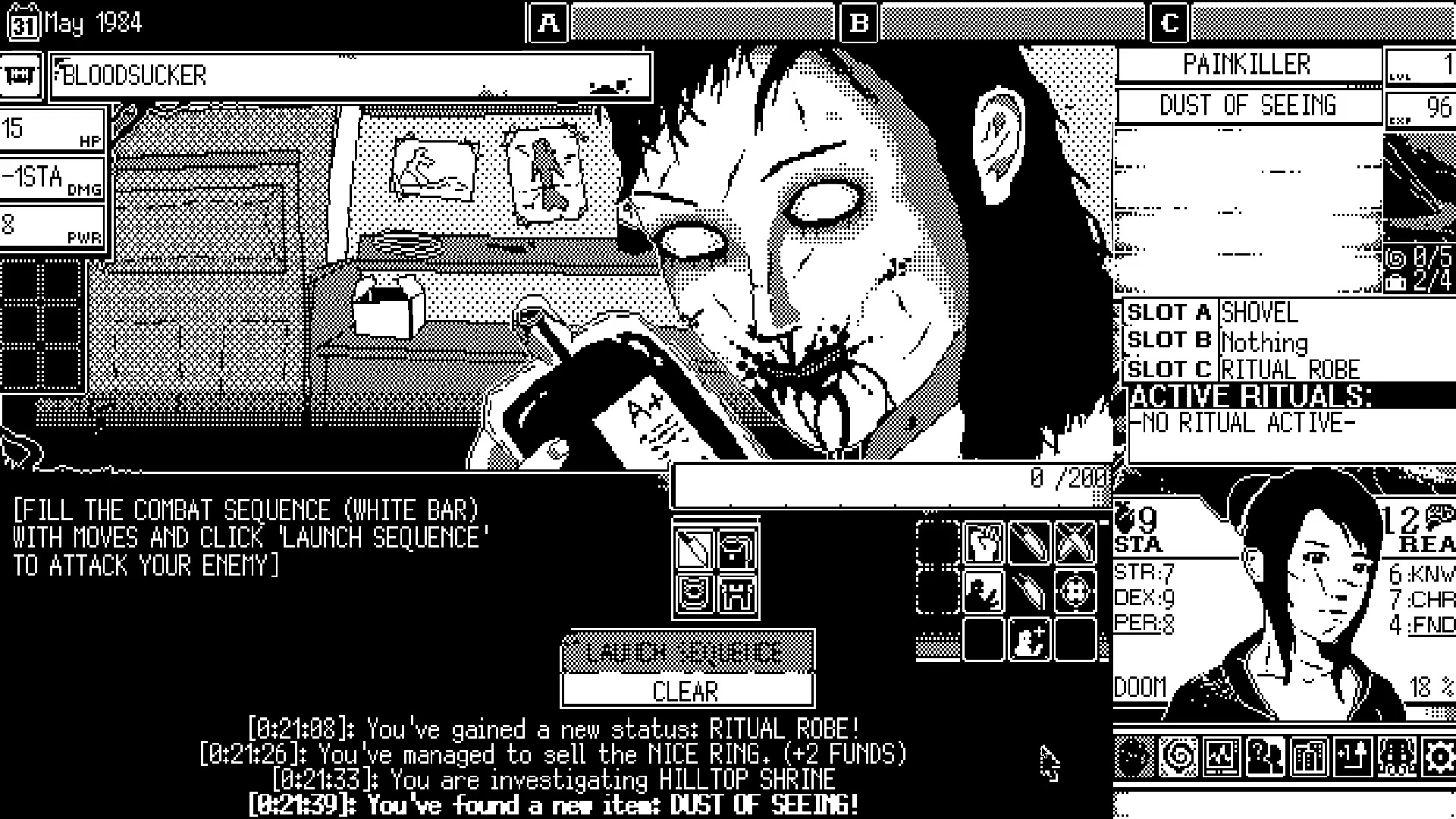 And I still absolutely fuckin’ dig it

In today’s contest, we’re giving away PC copies of World of Horror!

I’m going to brag about this — I wrote about World of Horror nearly two years ago, talking about how incredible and terrifying it looked. And look at me now! Here I am featuring it in its very own contest so you guys can get scared shitless with me!

The Old Gods have awakened, and threaten to disrupt reality as we know it. It’s up to five different residents of a seaside Japanese town to unravel the mystery of their return and either delay their hunger, or collapse with the rest of the world. This Junji Ito and H.P. Lovecraft inspired text horror adventure will lead players into the depths of madness with physical, psychological, and mythological terrors around every bend.

Oh also the whole thing was drawn in MS Paint, which does things to me no spiritual being could ever even threaten.

I’ve been looking forward to this one for a long time, so it’s my absolute pleasure to offer up some Steam Early Access keys. To enter to win, comment below telling me the most scared you’ve ever been in a video game. I’ve talked about it before, but the fucking Corroder from Clock Tower 3 haunts me to this day. I hate you, Corroder!

We’ve got 10 Steam keys to give away — winners will be drawn Monday, March 2. Make sure to comment using a Dtoid account with your current name and email address on file. New to Dtoid? Sign up here to get all spooky with us.

World of Horror is available now in Steam Early Access, with a full release for PC and consoles planned for late 2020. I cannot wait.