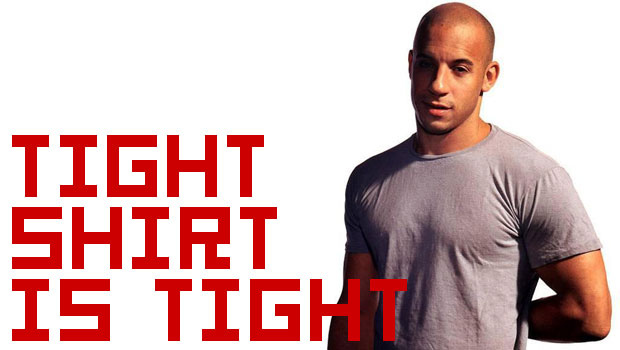 Here at Destructoid, we have quite a bit of respect for Vin Diesel. This guy has openly admitted that he’s a bit of a nerd, having spent much of his youth playing Dungeons & Dragons. As an adult, he’s starred in a number of blockbuster films, won the adoration of both women and men alike, and started his own game company, Tigon Studios.

Also, he can bench press a car.

So its in the spirit of Vin that we want to give away some copies of Ubisoft’s and Midway’s The Wheelman! We have in our possession two copies of the game for Xbox 360, and three copies for the PlayStaion 3. Since Vin Diesel is huge, he can get away with wearing tight shirts; you know, to show off his guns.

We want you to post pictures of yourself wearing a tight shirt in the comments, holding the controller of your console of choice. Dare to be silly, as we’ll be picking our favorites and sending them a copy of The Wheelman for their console of choice. (Remember, be sure to display the controller of the console you want to win the game on; you can hold up both if you’re mult-console friendly.)