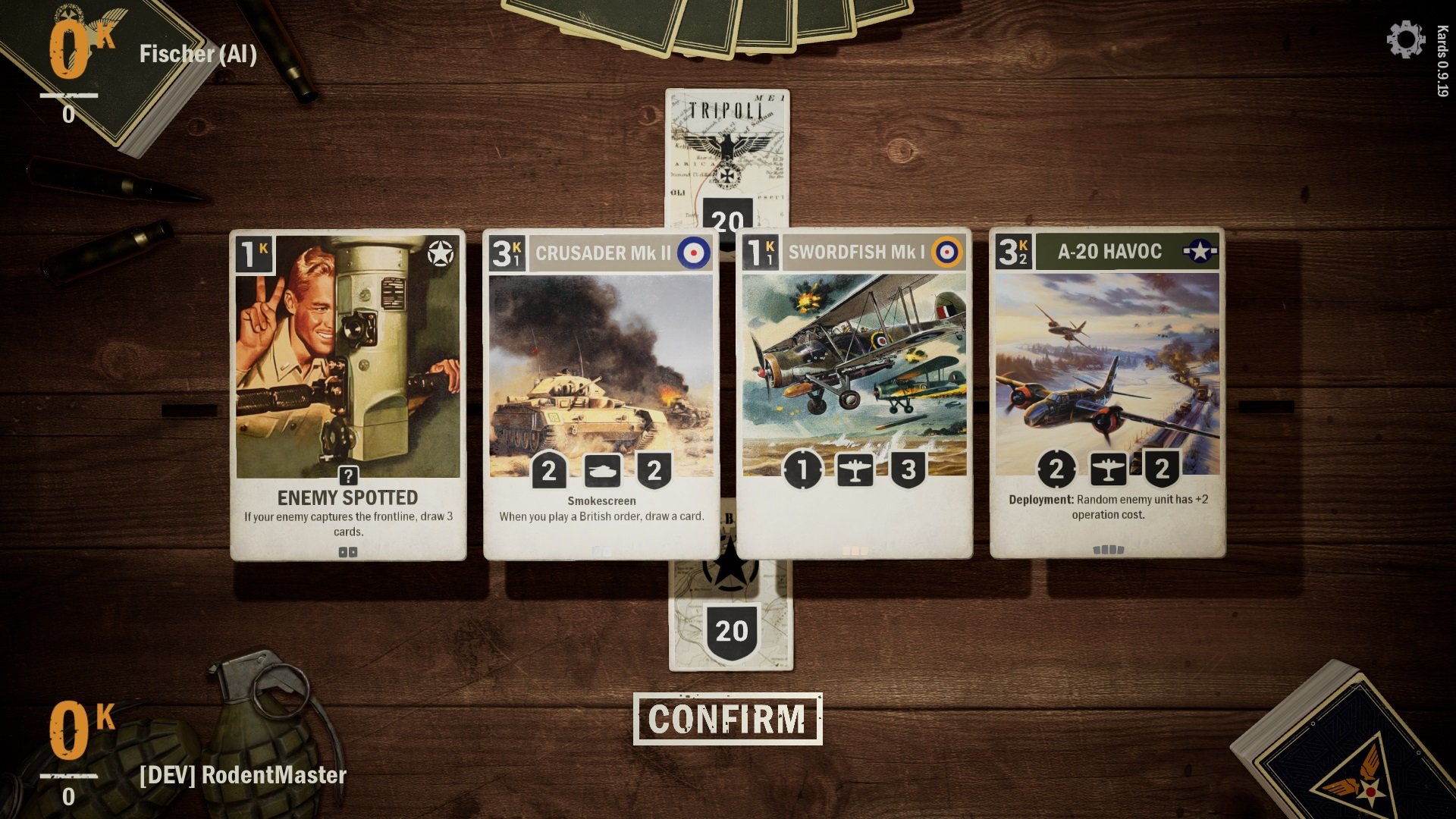 I fought in the Great War, ya know. I mean, it was in about 800,000 different video games and not real life, but it still counts. While they definitely shot each other in dubya dubya too, they also played a lot of cards. See where this is going?

KARDS is a WWII-inspired card game that just added a new content drop to its Steam Early Access period. As far as WWII games go that’s super unique, isn’t it?! We’ve got some keys to unlock everything it currently has to offer, so read on to find out how to win!

Read some info about the game to get all hot and bothered about it, why don’t ya?

Independent game developer 1939 Games today revealed that KARDS “Allegiance,” the enormous first expansion for its WWII game, will drop onto PC Early Access on December 10 on Steam. This free update introduces 150 additional cards as well as two new ally nations, France and Italy. Ally nations are specifically designed to be played alongside one of the game’s five existing nations to enhance their offensive and defensive capabilities. Offering players a wealth of strategic possibilities, the KARDS Allegiance expansion will be an automatic update for all KARDS players on launch day.

The existing nations also get some juicy new toys to play with including 22 extra cards for each. These cards bolster existing strategies as well as take them in fresh directions. New ground is being broken with the addition of mechanics such as units that cannot be targeted by enemy orders and orders that have two different effects to choose from when played.

Cards confuse me, which is why I’m ranked dead last internationally in Solitaire.

In today’s contest, we’re giving away bundles unlocking the full game and all its current decks available in the purchase area of the store. That’ll save you the time and money of grinding for cards and backgrounds, because we’re nice like that.

To enter to win. use the widget below to leave your name and email address. You can click around in there for additional ways to earn entries, so have some fun!

We have three PC keys to give away; winners will be drawn Monday, December 16.

KARDS is free to play and available now on Steam. Hit up PC Invasion for more chances to score a key.