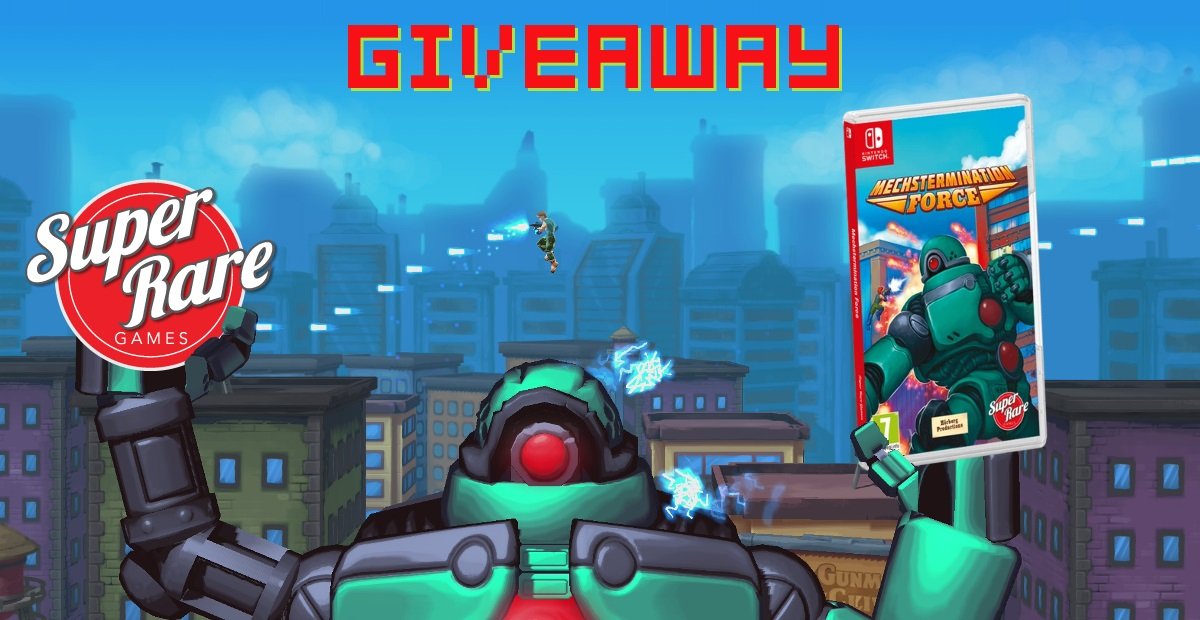 I say it every time, and I’ll say it again: I love Super Rare Games. They make a great product, and are always willing and ready to throw copies of their releases our way to give you guys a chance to win out on what usually sells out pretty quickly.

Their 29th release, Mechstermination Force, is fresh out of the oven. At time of writing, they’ve only got 4% left in stock — this one is selling out, folks! Only 4,000 were made, so this is your chance to win something you’ll never be able to buy again!

This one’s a keeper, folks — you’re an elite robo-slayer tasked to live out your namesake and take down these massive robots! This sidescrolling shooter sees you shooting, slamming, climbing, jumping, and slashing your way through a game-long boss rush in order to stop a robotic uprising. Use your magnet gloves to climb up the fudgers, boost boots to dodge their attacks, and your trusty baseball bat to whack ’em right in their weak spots to wreak major damage.

This one looks like a blast, folks, and it’s going to site very nicely on your shelf.

Your brand new Super Rare Games release comes with all the regular fixin’s, including:

To enter to win this bad boy, leave your name and email address in the widget below. You can enter daily. Click around for bonus entries while you’re in there, and actually listen to my music! Unless you can’t due to regional stuff, in which case consider it a free entry.

We have one copy of the game to give away; winner will be drawn Thursday, April 2. This is shipping direct from SRG, so this is open to readers worldwide! So long as they ship to your country, you’re eligible to win. If you’re feeling saucy, hit up Nintendo Enthusiast for more chances to win.