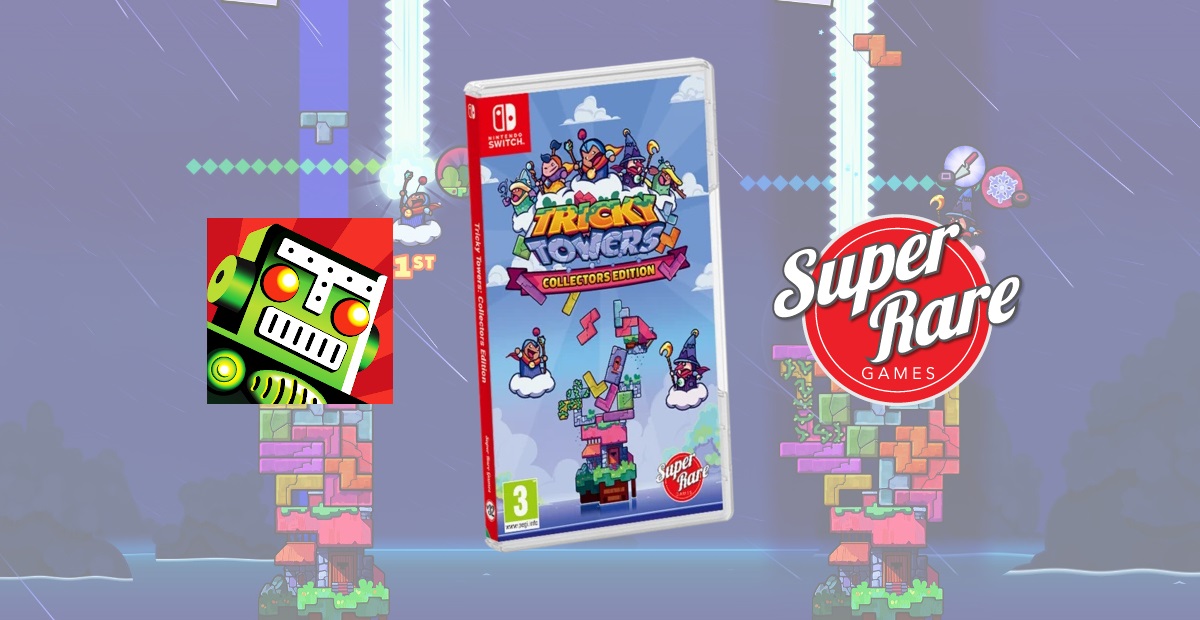 In today’s second contest, you can win a copy of Super Rare Games’ Switch release of Tricky Towers!

What, one contest ain’t good enough for ya? Well, then, take another!

Super Rare Games just launched Tricky Towers for Nintendo Switch, and wouldn’t you know it? It’s already almost sold out! Make sure you get a copy by winning it from us, since there will be a time [very] soon where you can’t buy it anymore.

Imagine Tetris crossed with Jenga, and you’ve got the madness that is Tricky Towers. In this chaotic puzzler, players must construct and maintain precariously-built towers using falling tetrominoes, always raining down but never really exactly how you’d hope. This release from Super Rare Games includes over 50 single player missions, local and online multiplayer for up to four players, and all six DLC packs for the game.

Did you know that Octodad makes an appearance as a guest DLC character in this game? Octodad. In this game. That’s reason enough to want it, folks.

Super Rare Games Collector’s Edition of Tricky Towers comes with everything you see above, including:

To enter to win, use the widget below to leave your name and email address. You can enter daily. For bonus entries, click around in the widget, and be sure to go to Nintendo Enthusiast for even more chances to win!

We have one copy of the game to give away; winner will be drawn Thursday, June 4. Since this is shipping from Super Rare Games, anyone can win! If you have an address, you’re eligible to receive a copy.

Tricky Towers is available now from Super Rare Games — and be sure to check out their previous releases for more physical release goodness!