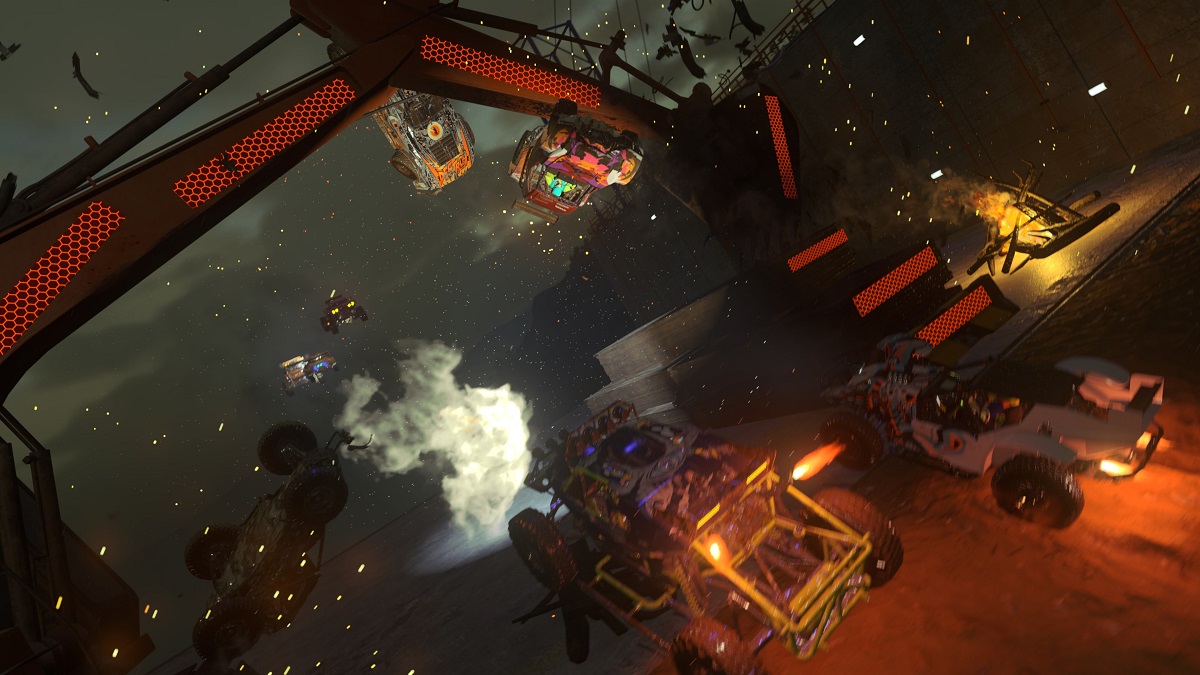 OnRush, the frenetic racing game without racing from Codemasters, is upping its game this summer — introducing the Summer Slam event, where ranked play, sweet new character outfits, car shells, new liveries, XP bonuses, and new tombstones will be added to the already-packed base game.

Codemasters wants you to check out all the cool stuff going on with the new event, so they’ve given us 40 (!) keys to give out to the awesome readers at Destructoid!

Chris Carter gave OnRush a solid 8.0 in his review, citing its strong foundation as an online racer and the propensity to constantly pull off crazy stunts all in the name of fun. Now’s your chance to check out the combative vehicle racer for yourself — for free!

To enter, comment below with your platform of choice and tell us what your tombstone says when you get smoked by your opponents. Mine says, “Here lies Wes. He died doing what he loved: Dying.” I’m a poet, probably.

Winners (20 for PS4, 20 for Xbox One) will be drawn on Monday, August 20. Codes are for North American digital storefronts. Make sure you comment with a Dtoid account, and make sure your account has your current email address on file. If I can’t contact you, I can’t give you a code, and I’ll move on to the next person down the list. Don’t miss out!

The Summer Slam event kicks off August 27. OnRush is available now for PS4 and Xbox One.