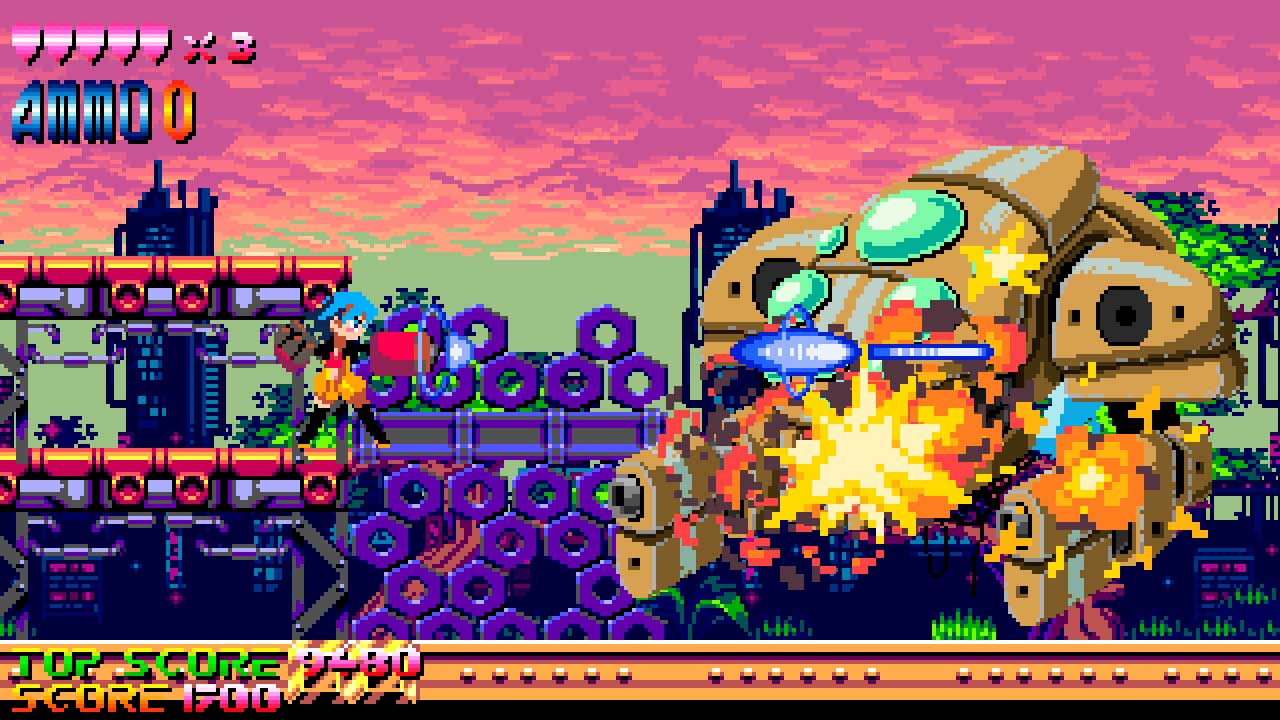 In today’s contest you can win a Switch or Xbox One copy of Mega Man-esque shooter Gun Crazy!

I don’t know about you, but I sure am sick of every game being this giant, open-world ordeal that takes hours and hours to play through. I simply don’t have time to traverse across a huge map to get Mr. Pallardy’s hat he left in an oddly specific cave at the other end of the planet. It’s too much.

Let’s get back to a simpler time in gaming with Gun Crazy, a retro shooter that’ll bring back memories of the gaming days of old. Win it today for Switch or Xbox One!

Gun Crazy is a hectic run and gun shooter harkening back to sidescrolling games of the past. The world is overrun by evil robots, and it’s up to you to prove you’re the baddest woman on the force by single-handedly taking them down. Run ’em, gun ’em, and eradicate ’em!

Wow, a game I’ll actually be able to beat in under a month! Score!

To enter to win, use the widget below to leave your name and email address. You can enter daily. Click around in there for ways to earn bonus entries to increase your odds of winning.

We have five Xbox One and Switch NA/EU/AUS keys, each, to give away between Dtoid and Nintendo Enthusiast. Winners will be drawn Friday, May 22.

Gun Crazy is available now for Switch and Xbox One.