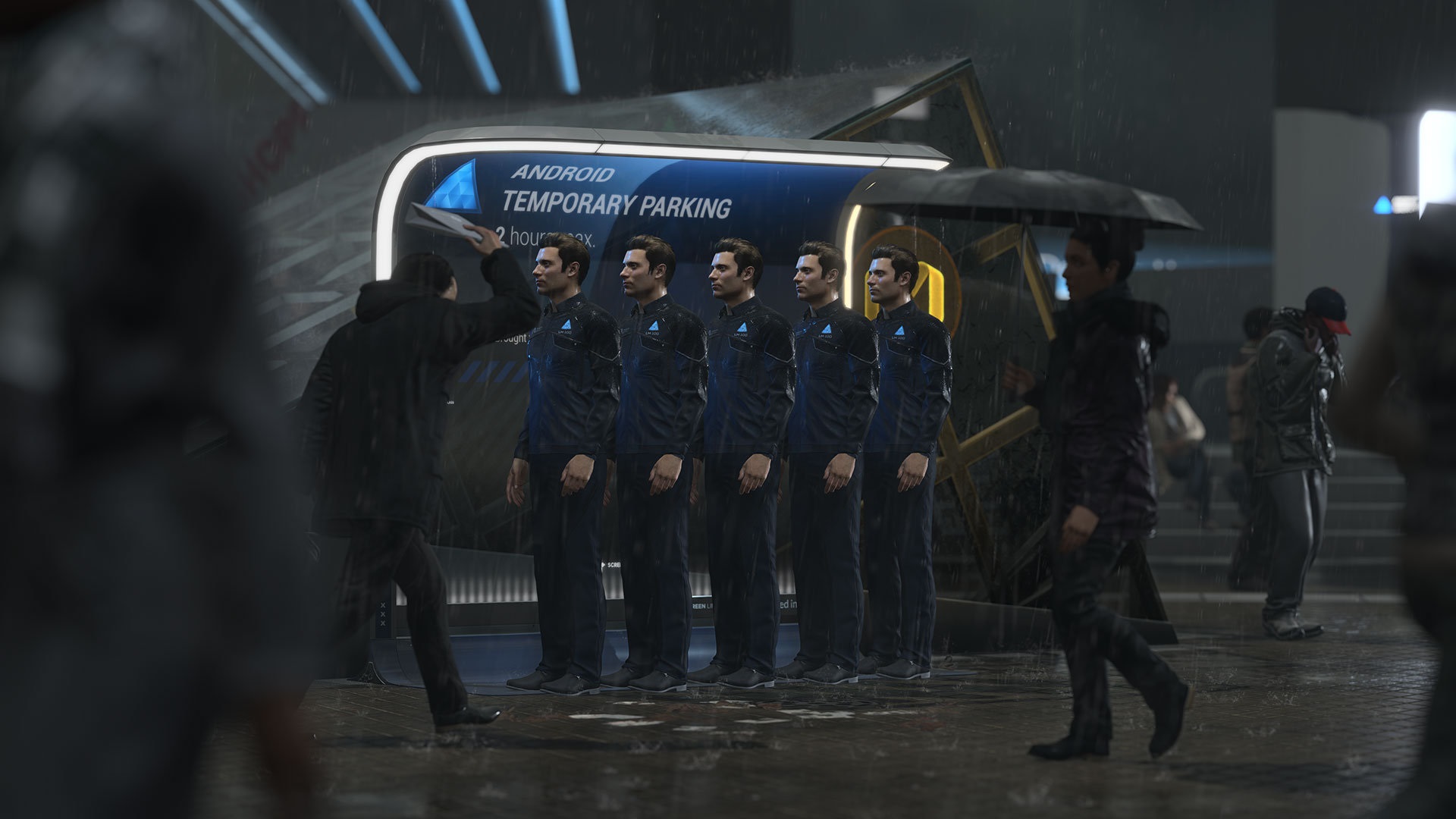 Sometimes, I feel like I don’t really need to say much. I like to do dramatic intros to these posts, but I don’t think anyone can out-drama David Cage and the folks over at Quantic Dream. So I’m not even gonna try!

We’ve got some PC copies of Detroit: Become Human to give away so you can live the drama of…becoming human…in Detroit. Huzzah! Read on for details, fellow androids.

Ok, so as previously stated there’s lots of drama, because humans went ahead and made androids to do stuff for them. Like wash their cars and make them cotton candy and stuff. But of course the androids are like, nah, we don’t wanna wash your car. So a bunch of stuff happens! And since it’s a Quantic Dream game, you can be sure that tons of emotions will show up. It’s inevitable, really. Here are some game features.

PLAY YOUR PART IN A GRIPPING NARRATIVE — Enter a world where moral dilemmas and difficult decisions can turn android slaves into world-changing revolutionaries. Discover what it means to be human from the perspective of an outsider — and see the world through the eyes of a machine.

THEIR LIVES, YOUR CHOICES — Shape an ambitious branching narrative, where your decisions not only determine the fate of the three main characters, but that of the entire city of Detroit. How you control Kara, Connor and Markus can mean life or death – and if one of them pays the ultimate price, the story still continues…

COUNTLESS PATHS, COUNTLESS ENDINGS — Every decision you make, no matter how minute, affects the outcome of the story. No playthrough will be exactly the same: replay again and again to discover a totally different conclusion.

FULLY OPTIMIZED FOR PC — Previously only available on PlayStation 4, Detroit: Become Human is brought to PC with stunning graphics, 4K resolution, 60 fps framerate and full integration of both mouse/keyboard and gamepad controls for the most complete Detroit: Become Human experience to date.

Will man ever learn to love machine?

Comment below answering this dire query to enter to win a copy of the game. How will man and machine come together to live in perfect harmony? Can they? Will they? What does this future of man-on-machine love look like? These are the questions that keep me up at night.

We have five PC keys available, redeemable through the Epic Games Store. Winners will be drawn Wednesday, January 15. Make sure to comment using a Dtoid account with your current email address on file. Don’t have an account? Sign up here to get your machine-lovin’ on!

Detroit: Become Human is available now through the Epic Games Store. Hit up our sister site, PC Invasion, for more chances to win a copy!