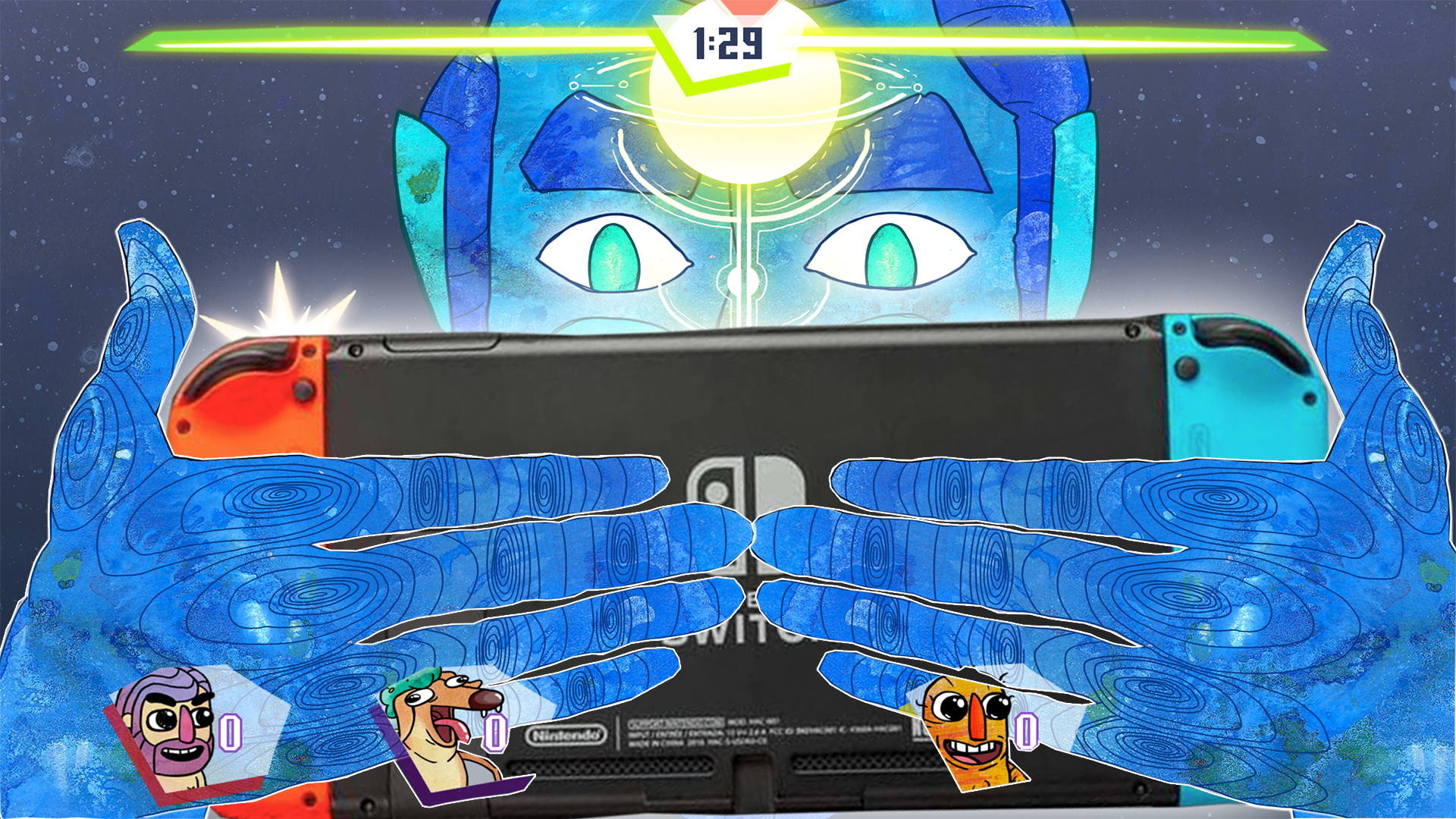 15 runners-up will get a key for the game

Slam Land, the wacky sports game where you can literally grab your friends and dunk them for your own sick amusement, is out today on Switch, PS4, and Steam. To celebrate, developer Bread Machine Games has given us five copies for each platform (15 total) to give away to the Dtoid readers! And that’s not all:

They’re also giving away a custom Nintendo Switch console and controller skins so you can play their new game!

Slam Land looks legitimately goofy, and I mean that in all the best ways. You can play as a skeleton, or a spider, or a…thing…and slam not only a ball, but peanuts, trash, and even the other players into a goal to humiliate your foes. Become the greatest Slam Baller on Earth as you impress the Giant Blue Man in his quest for the ultimate in nonsense-based athletic competition.

To kick off the game’s launch, we’re giving away the ultimate Slam Land prize pack. One grand prize winner will receive a custom Slam Land Nintendo Switch console and controller skins, and a Switch key of the game. But don’t fret if you don’t win the grand prize, as 15 runners-up (five PS4, five Switch, five PC) will receive a key for the game! We all win! Kinda!

To enter, comment below with the dumbest thing you’ve ever slammed into the ground. I once got mad at a football game and slammed my TV remote to the ground, resulting in a summer of my TV stuck on USA Network. As a result, I have seen Tremors 1 and 2 roughly 50 times each. Please exhibit more caution than I did.

Make sure you specify what platform you want a key for. I’ll assume everyone is entering for the console unless you say otherwise. And make sure you have an active Dtoid account with your current email address on file. If I can’t contact you via email, you can’t win! Winners will be drawn at random at Monday, August 13. All prizes are US only.

Slam Land is now available on Switch, PS4, and Steam.