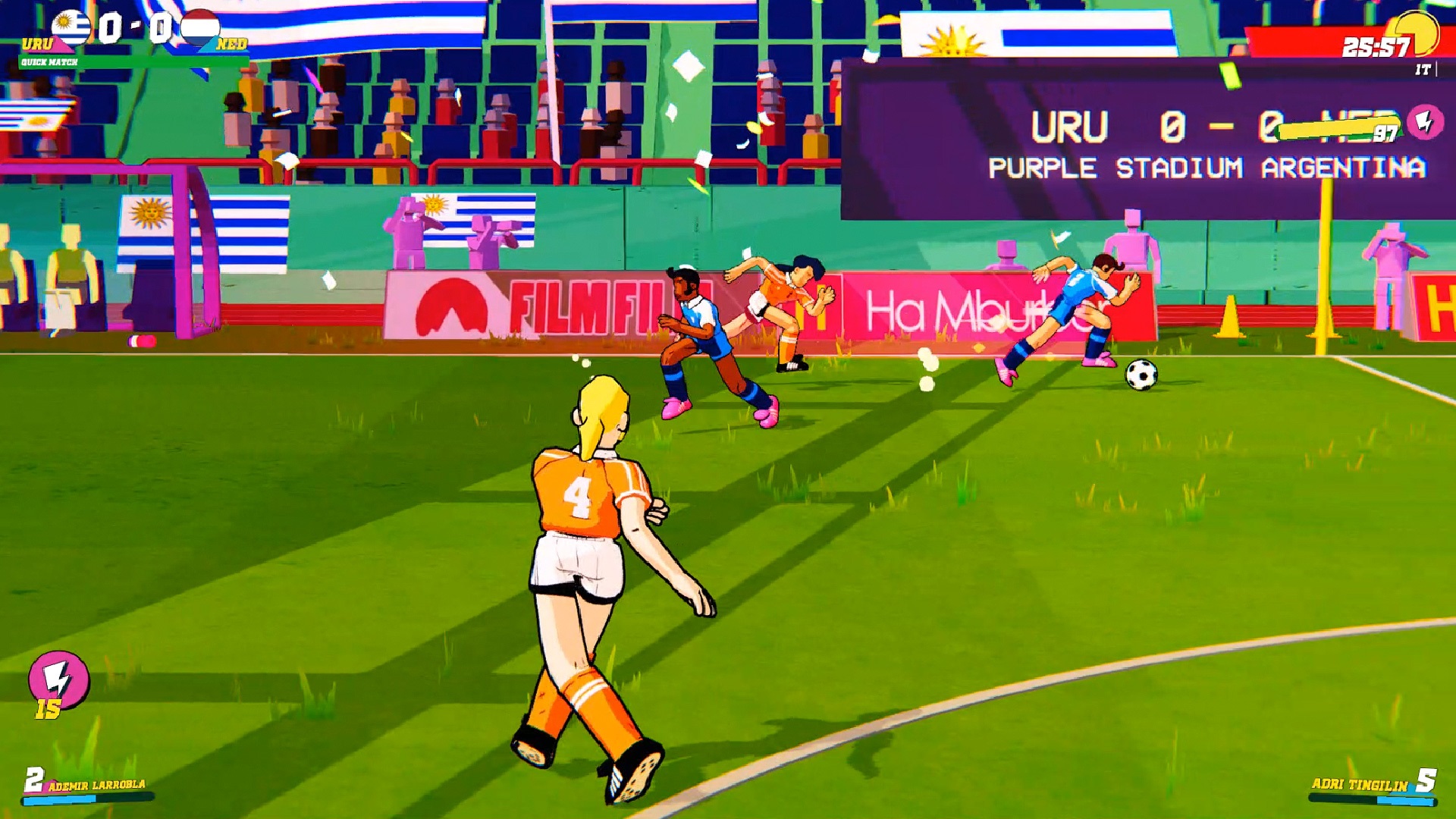 Yeah, I said it

Today’s contest is for a Switch copy of arcade soccer game Golazo!

I like soccer as much as the next guy, but let’s get one thing straight – it can be downright awful to sit through. When the action is up it’s aces, but when a grown man is grabbing at his shin writhing on the pitch in fake pain after getting tapped on the shoulder, it just gets to be too much for me. The Beautiful Game turns into the embarrassing one after one or two of those incidents.

Golazo! is here to make sure you have a ball while playing football again. We’ve got some Switch copies of this arcade soccer title to give away, so slide on it!

They really don’t make enough arcade sports games – especially for soccer. Luckily, Golazo! takes all the fun of soccer, removes all the tedium, and distills it down into a slide-tackley, goal-shooty arcade game that’s actually fun to play! There are power-ups. There are obtuse and dangerous slide tackles. And you know what there aren’t any of? Fouls! Run offside and foul you day away. It’s ok, it’s totally cool in this game. It’s an arcade title, remember?

Here are some game features:

This is my kinda game, y’all.

To enter to win a copy, use the widget below to leave your name and email address. You can enter daily. For bonus entries, follow Dtoid and publisher @Klabater on Twitter and share our post with your friends!

In the meantime, come up with some other sports or genres that could use more arcadey games. Get creative, folks. I’m bored and need something to ponder.

We have three Switch NA keys to give away. Winners will be drawn Tuesday, September 17.

Golazo! is available now on the Switch eShop. Head over to Nintendo Enthusiast for more chances to score a copy.